How You Name It is How It Will ‘Sail’ 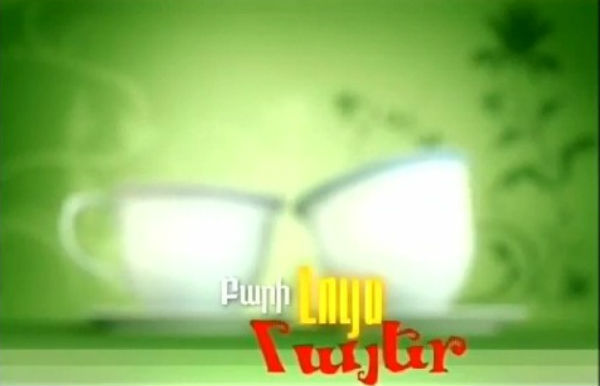 Armenian TV very much likes the word “country”. At opportune or inopportune moments we constantly hear that we live in a country, that something or another is happening in the country, and the country has a leader.

There’s the impression that TV companies (particularly Armenia’s Public TV channel) intentionally avoid calling this place where we all live and watch television the “Republic of Armenia,” to understand what’s happening in the place where we live.

It’s one thing when they constantly remind you that you’re a citizen of the republic, and completely another, when they convince you that you’re a resident of the country. In the first instance, you have rights and obligations; in the second, on the contrary, you are released from the burden of having any rights whatsoever.

This delusion is not completely harmless or innocent; it slowly acclimatizes TV audiences to the idea of living in a virtual space. The word “Republic” assumes that there are borders, a Constitution, laws and, ultimately, an electoral system, while “country” is a border-less and supposed thing that, heard from the screen, doesn’t deliver any specific information (is this country a monarchy or a republic?). Perhaps it’s a country of dreams? Say, country Nairi or something like the “Armenian World” craved by the prime minister of the Republic of Armenia.

[[wysiwyg_imageupload:135:]]By the way, hearing the formation of such a model of a dwelling place is particularly odd from the lips of one of the country’s three key figures. It turns out he doesn’t assess the specific possession (in this case, at least the borders) and urges us to live not in the present, but in our dreams. That is, with and in something that doesn’t exist. Unlike in the Republic of Armenia, an Armenian country, which is visible on all international maps.

Actually, using the term “country” instead of “republic” is a serious psychological message. And when we hear, for example, on Haylur, that the “country’s leader” has met with this or that ambassador, or, say, with ordinary villagers or scientists, we easily “swallow” and quickly “digest” this rubbish term because our ears and consciousness have gone through a long-term and mass “veiling” process.

We no longer exert effort to ponder the initial meaning of words. Television propaganda has assumed this work. Being sent to us as a preaching code is the phrase “country’s leader” that actually says nothing and causes confusion, which doesn’t allow us to understand who are we talking about (perhaps the king?).

If you’ve noticed, the TV screen prefers to call us not “residents of Armenia” but “Armenians”. The programs wishing us good morning, good night or bon appetite, it seems, don’t take into consideration that their audiences might be comprised of people who are not Armenian. Say, Greeks, Russians or Americans who are fluent in Armenian and, as citizens of the Republic of Armenia, want the TV screen to also speak to them.

The emphasis on ethnicity is likewise a message, which is revealed somewhat like this: ethnicity is more important than being a citizen of the republic.

Words generally have a magical influence. And in the case of recurring and active circulation, behavioral codes are transformed. If TV reports (which are all controlled by the government) bypass the terms “citizen of the republic” and “president of the republic”, then we can concluded that

1) they want to prove to us that we don’t live in a republic and
2) the president of our republic doesn’t consider himself as such.

By the way, if we have precedents to accuse media of libel and defamation, then this series of media outlets should be led by the channel fed by state taxes — H1 (Armenia’s Public TV). Isn’t it this channel that distorts information and attacks the dignity of citizens of the Republic of Armenia — calling the republic a country and citizens of the republic, residents?

In a well-known cartoon, Captain Vrungel said, how you name a boat is how it will sail. Perhaps it’s really quite like that. And if our media units (particularly the TV companies in favor with the government) dare at least to use correct words and terms, the TV audience would form a more accurate picture of its place of residence, its presidents and kings, and its problems.