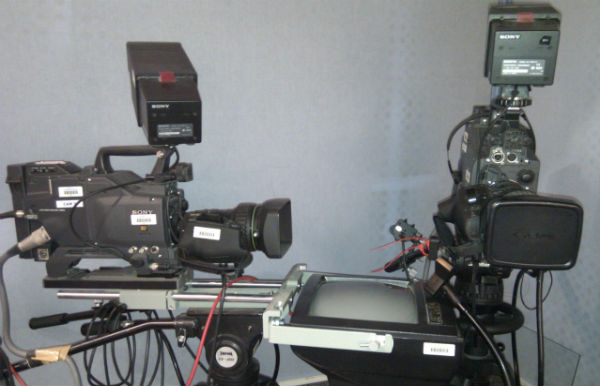 Armenian TV stations have trouble digesting the news — any news. The TV news reporter is not the face of the news she presents.

A parade of resignations has begun: ArmNews continues to broadcast the president welcoming the new police chief the day after the fact — even during its 3 pm broadcast. Furthermore, no questions arose for any TV reporters regarding any of Armenian President Serzh Sargsyan’s statements on the matter — why is Police Chief Alik Sargsyan being dismissed from his post if he has resolved all the issues put before him? What does it mean that with this appointment “our people will feel themselves more protected”?

The issue is that Armenian TV stations have not yet decided where the boundary between TV and online news media lies. It’s obvious that no one from the TV stations stood on guard outside the Republican Party of Armenia’s central office. But it’s also a fact that the TV station cannot be satisfied with information acquired by telephone.

The third problem is that at the time of his dismissal, a state official presents a greater interest for opposition or online news outlets and is more accessible to them as he has nothing to lose. This is why the reporter from local opposition daily Haykakan Jamanak (“Armenian Times”) can more easily get in touch with National Assembly Chair Hovik Abrahamyan than any TV station.

The TV station knows that it is outside of the imperative of urgent information. Armenia TV’s Zham (“Hour”) news program differs in many ways from its website. Zham’s webpage was the first to report on Alik Sargsyan’s dismissal; however, the news ppeared on the televised news program only the next day.

Shant TV began its Horizon news program with Hovik Abrahamyan’s resignation. However, none of the Horizon reporters were outside the Republican Party of Armenia (HHK) office. That is, the journalist’s work is absent in the news; the news is served after the already established fact.

Suppose local daily Joghovurd (“People” or “Nation”) was the first to find out that Yerevan mayor Karen Karapetyan was going to resign. The news, which wasn’t yet fact, was already known two days beforehand. Clearly the paper has its sources among government circles, but the news wasn’t solely about the resignation; the news was also about why is he resigning and where is he going? Who did he have problems with and what sort of problems were they?

Instead, H1’s Tesankyun (“Point of View”) is active in this sense. The commentator watched the former mayor’s interview with ArmNews and, in his words, approximately figured out why Karen Karapetyan is going to Gazprom.

If knowing that is urgent, then you, commentator, who also work at Haylur, you should’ve tried to figure it out as a Haylur reporter. That is to say, get a hold of Karen Karapetyan through your “channels” and personally find out why he’s moving to Gazprom.

And the already out-of-office mayor shouldn’t be ridiculed on H1 (Armenia’s Public TV), that “he’s leaving on a mission.”  You are authorized to understand a person’s decision, but a journalist differs from a TV viewer in that, to put it this way, he strips bare a person’s decision. Since you haven’t yet uncovered the facts, don’t laugh at him.

After all, he responded to those questions that he was asked. Are you not satisfied with what was said? Did you have any other questions for the former mayor? Ask him. Remember, without giving details so far, H1 doesn’t have the right to ridicule even a citizen of Armenia murderer.

The entire country wants to know what’s happening with the ruling administration. Online news media and newspaper write of nearly nothing else.

Vladimir Gasparyan, in the presence of the president and former police chief, says, “It’s probably the time to move from words to action.” This sentence was broadcast by all the TV stations. And no one was curious where the newly appointed police chief’s sense of ethics were? what are the words that have to be turned into action? whose words are they — his, Serzh Sargsyan’s or the former police chief’s who have built the state administration system only with words?

I understand that Haylur cannot ask too many questions, but why don’t these dismissals raise questions for the other local TV stations?

And, by the way, doesn’t the fact that high-ranking officials are giving their reasons for being dismissed through private news outlets give Armenia’s Public Television, purely as a provider of information, a cause for concern?

If it doesn’t see a problem, allow me to observe that you shouldn’t ridicule those from whom you haven’t personally “wrung out” the reasons for their resignation.