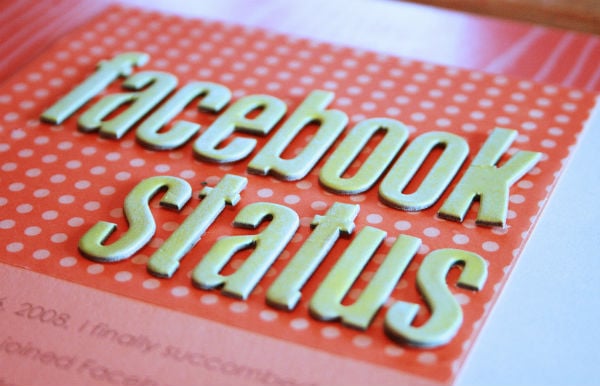 A few days ago one of my students asked me whether I see an ethical or legislative issue in the fact that certain individuals or websites take other people’s Facebook statuses and publish them.

One or two days before this, an employee with one such website wrote a note in Facebook saying that their website wants to publish a daily round-up of the most interesting Facebook statuses — whoever doesn’t want their statuses to be published on their site should say so ahead of time.

I don’t know whether this incident and my student’s question was a coincidence; nevertheless, there is a real opportunity for consideration and discussion here.

What are posts on Facebook and other social networks, in general? Are items published there an object of copyright and thereby protected under the law? If so, then under which country’s law — where the content was created or where Zuckerberg’s office is?

I didn’t find the answer to my question in the RA Law on Copyright and Related Rights adopted in 2006. According to Article 3 of this law: “Subject matters of copyright shall be the unique outcome of a creative activity in the domain of science, literature and art (hereinafter referred to as “works”) created individually or jointly, which are expressed in spoken, written or any other objectively perceivable manner, including permanently or temporarily storage in electronic form, regardless of the scope, significance, merits and purpose of creation.”

To be honest I don’t know how much “I’m leaving you”, “Life is sad, oh so sad”, “Today my dog turned 3 years old”, “vaiiiiii, congratulations to our pupushik’s first tooth”, “Good night, Facebook-Armenians” and such status updates on the social networking site are written “works” or works in general, for them to be protected under copyright law. I think this matter needs explanation and lawyers should be the ones to comment.

Posts and articles published on these sites as well as on blogs, I believe, in any case are subject matters of copyright because they are the unique outcome of creative work.

However, let me return to the problem of republishing status updates, but only from an ethical standpoint. Is their dissemination by others acceptable from an ethical point of view?

Let me put it this way: if the author is being cited, then no ethical problems arise. Why? Because those posts are open and public. It’s the same as if you were to make a speech in front of thousands of people, but prohibited anyone to reference or mention your speech.

What you’ve written is accessible to an unlimited number of people, of course, if you don’t make use of Facebook’s privacy settings and you haven’t limited access to your posts. Even in that case there’s no guarantee that one of your friends who has access to your posts won’t republish or disseminate it.

In this sense, I don’t see an ethical issue, let me repeat, provided that in using your post, they mentioned the author or cited the corresponding source where the post was published. And, to tell the truth, it was surprising for me that when the representative of the aforementioned site stated they wanted to publish a daily round-up of Facebook status updates, there were Armenians on Facebook who declared they forbid the use of their status updates without their prior agreement.

I have not yet discussed the case when people simply like someone’s status and they share it on Facebook. In this case, both the author and the person sharing the content are known, and it seems no one complains. So then why do some people complain if the same content is shared on other websites and by news agencies? In Armenia, there are already newspapers and TV stations that cover interesting status updates.

And here is where the issue of public need or demand to share arises. I don’t think it interests anyone (and accordingly, no news agency will ever publish) that status on how the puppy jumped around during playtime or which tree it peed on or who saw what while I hung the laundry out to dry  or what my mood was when I awoke the morning after the wedding — these interest the narrow circle of friends of that particular user.

However, if status updates address a public issue, perhaps it’s worth being read on other sites? It is an additional impetus to become acquainted with other posts by that user, right?

As we saw, I didn’t answer all the questions and I too have my doubts, thus it would be very interesting for me to hear others’ opinions, especially those who are active on social networking sites.