The Television Viewer as Microscope 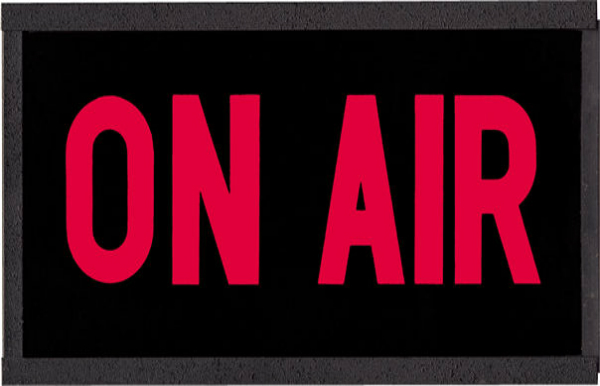 Local TV stations have almost entirely abandoned professionals. And I’m not talking about just reporters (the starting point for measuring their professionalism is freedom, and if they’re not free then they’re not required to be professionals), but that core group that is responsible for the quality of the shots, lighting and sound in the process of preparing broadcasts for all formats.

In reality, that which appears on the TV screen happens thanks to camera operators, and light and sound directors. They are the ones who frame the shots, and it is through their perspective that we see that which is accomplished. Let’s put aside the choice of topic and content; let’s view only the (quality of the) image and follow the placement of microphones and editing of footage. As a rule, we see murky images, bad composition and poor lighting.

Recently, for example, a program was shown on Kentron TV in which the elementary rules of frame composition were broken. The cameras were placed in such a way that the host and the guest were looking not at each other but in the same direction (ignoring a film editing guideline of framing the shot from 8 angles), while the debris of studio props reminded one of rural club posters.

Even when you want to watch something on the screen that interests you (say, as an exception, you are drawn to the subject), you are discomforted because your eye is captured by the speaker’s overly lit face, your ear hears the rustle of the microphone or you notice that you just can’t transition from one shot to another shot like that (for example, moving from a medium to a wide-angle shot of the same person without a cutaway shot).

A woman was speaking on Shoghakat TV who had about10 years added to her age because the TV station had shot her in an unforgiving light, without considering that it’s necessary to fill the main light, to soften it, so that a person’s face isn’t in the shadows and she doesn’t blend in with the background.

And definitely many would have noticed that when we (the nation) were all watching the Armenian national football team’s match on our field, we almost didn’t see the players’ faces, what with all the wide shots. Even medium shots were rare — the entire match was viewed only through wide-angle frames.

Ignoring details and rejecting professionals are actually very serious problems, which are more vividly noticed during live broadcasts. And since the monopoly of live broadcasting has been given to H1 (Armenian Public Television), the most disconsolate picture can be seen on this channel. During pathetic state concerts or sporting events often you can become the unintended audience of a private conversation between camera operators and the director or watch a blank screen for a few consecutive minutes (say, the director has fallen asleep at the remote or his walkie-talkie isn’t working and he can’t establish contact with the camera operator). And this, when the public television channel has the most expensive broadcasting slot.

Armenian TV stations have easily gotten rid of professionals who ensure the quality of the broadcast image because they assumed if there’s a video camera then a camera operator can be found. After all, you can simply place the video camera and film an entire program on a wide-angle shot — without a camera operator. While those who set up lighting and sound are totally extravagant luxuries.

Which is why now, when we have 20 years of independence behind us and are no longer subject to the professional training requirement put forward by Moscow, we find ourselves with a problem of supplying core TV industry personnel. Today, even if there is a great desire to, we can’t form a complete, professional group of employees from all local television stations. There simply aren’t any professionals, or they have learned to work this way for so long that their qualifications have become questionable.

All the channels address local issues; say, they compete with one another in the area of music performances and soap operas (and soon, also in covering the elections), but good image quality and getting rid of rubbish falls outside of this competition. It is a reality for which there is neither a desire nor potential to fix.

The working illusion is created mainly through the paltry replica of international entertainment projects having different slants. The leading example of this is ATV, which quickly “bakes” a new project and, not having passed the fermentation process, broadcasts on air. The frame wavered, the sound was interrupted, the light burst, the dialogue was forgotten — it’s okay: it can be consumed like this too.

And it turns out, not having qualified professional human resources (screenwriters, editors, camera operators, directors and so on), every new project is condemned to be extemporaneously broadcast on air and remain a “dim” television production. For which, by the way, no one then bears responsibility.

When recently on H1 we were forced to hear remarks unintended for TV viewers (“Dude, what are you saying? Keep the shot, you…”), one could expect that the professional who permitted such rubbish at the very least would end his career. However, this was considered a normal phenomenon.

It’s the same as if I were to place a camera in my dining room and broadcast on air.. and call it “TV station”.