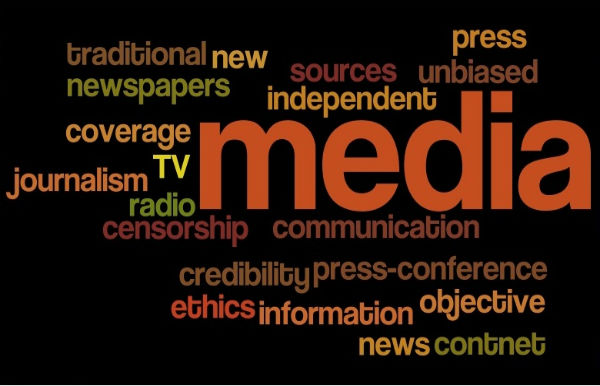 At least you will reach this conclusion, comparing their news pieces.

It’s been a long time since it was stylish to criticize TV stations: you wouldn’t be saying anything new if you insist that there’s a lack of pluralism in Armenian television broadcasting. Criticizing the print media is already at a second degree of freshness: the arguments are likewise well-known, that a majority of newspapers express this or that political group’s interests and cover events in line with its given political orientation.

Among these types of media, left out of criticism is online media — websites are considered relatively more free, efficient, diverse and so on. But is everything here really as rosy-colored as it seems at first, or at least second or third, glance? Hang on, let’s examine websites too.

At work, I maintain the e-mail address to which the press services of various departments, organizations directly and others send their releases to our editorial office. And it so is that I read one piece of news one plus infinity times, or rather, as many times as there are (local) news sites.

They all identically copy these releases, which they receive from the press services of the Armenian president, government and ministries and publish the releases unaltered, which different political parties or (civic) initiatives send to the media. The lion’s share of the contents on these sites is comprised of such similar copy-paste items.

Or how is it that the reporters of the most diverse sites select particularly the same segments for publication? Sometimes, being present at press conferences and then comparing coverage of the event, I am simply perplexed as to how it is that this particular part of what was said interested all the sites and another thing that was said was ignored across the board. Sometimes even the typos are repeated, which makes me suspect that the first piece published by some site is simply being copied by others.

I know of certain sites whose reporters’ questions I’ve never heard at a press conference or never seen a microphone or computer with their logo at events, but, lo and behold, their news includes coverage of the day’s events. I have my suspicions that the answer to the riddle is this: plagiarism with some edits perhaps.

Even the way the remarks are distorted is copied. And it is distorted quite often, perhaps because placing more importance on plagiarism, reporters of online sites have stopped taking notes according to an audio recording. Many are already armed with computers and while the day’s speaker is sharing his observations, they are quickly clicking away on their keyboard and jotting down his remarks and it already appears online. On one hand, this is good — in terms of efficiency and speed; but on the other hand, if you compare 10 sites to see what a public or political figure said in his last public speech, you’ll get 10 different versions of his remarks.

All this might have seemed simply the product of unprofessional and careless work, but some facts suggest that this, nevertheless, is a well-managed carelessness. Particularly when it comes to foreign policy issues — it seems that it’s not totally random that the same news with the same emphasis appear on sites.

Let me cite just one example: not too long ago, the same news appeared in different corners of the entire Armenian online news media that went against all the rules of the genre. There was not a single citation and not a single source was named, but the insistence was the same: the OSCE Minsk Group co-chairs are displeased that a special committee on issues relating to the Nagorno-Karabakh conflict was established again. Where and how they expressed their discontent was never clear.

Thus the majority of Armenian sites are just as controllable from a center as are our TV stations. Yes, there are sites that also have exclusive information and their own analyses. But at least in terms of analysis the picture is predominantly the same as in the papers; that is, it’s very easy to infer what the commentator of this or that site will write when it comes to, let’s say, Armenian Prime Minister Tigran Sargsyan or Armenian National Congress leader Levon Ter-Petrossian.

Therefore, new media — alternative, online news media —, not yet properly formed, already has the same illnesses which are typical in general of all old and traditional Armenian media.