Identify Yourself. This is My Credo: A Response to My Friend 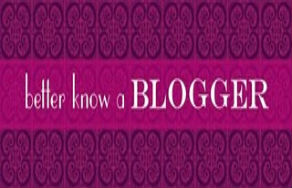 I ran out of patience waiting for the continuation to my friend Artur Papyan’s piece “The Emperor has No Clothes.” I had promised that after the second part was published, I would respond in full with my own piece. Well what to do — I’m forced to respond in part.

To tell the truth, there shouldn’t be a need for too many objections; I can simply write, “If a person in this day and age is afraid of expressing his own opinion, let him sit at home or at work with his head bent over, do his work and express himself in the kitchen, in corners or among those close to him. If he fears that there might be spies also among his friends, let him say after every word, like the hero of the well-known anecdote, that he personally adores the KGB.”

“Another fact, which is much more definite at least for me: A state of emergency and “emergency censorship” which, in my humble opinion, went contrary to all of Armenia’s laws followed the events of Mar. 1–2, 2008,” writes Artur. “In a country that saw censorship in those days, anonymous news outlets were quite natural, as was the need by some to have samizdat (self-publishing). It’s no coincidence that it was during those days that a number of anonymous blogs and blog-like news outlets were born.”

Quite appropriate are Artur’s remarks that the censorship applied on Mar. 1–2, 2008, was unlawful and contrary not only to the Constitution of the Republic of Armenia, but also to the country’s laws. And that’s why media that was respected and had a name preferred not to publish rather than publish and undergo the revitalized Soviet system of monitoring and censoring the press. Nevertheless, very few people knew about the anonymous blogs mentioned by my friend and they were hardly a source of information — the verbal transmission of information was more widespread…

Let me turn to Artur’s justifications, which he raised in the section titled “To be anonymous or not?” in his piece: By the way, it was a good play on words and, using the same play on words, let me say “name” [or “identify yourself”: the play on words is evident in the original Armenian – translator]. And this is a credo for me. I, for example, always sign my name below my articles.

Let me object to Artur’s justifications:

From Artur’s article: “Privacy and security of one’s private life. An anonymous blog allows a person to separate her personal life and career from her blog persona.”

Which means what, dear Artur — are we encouraging people to live double lives? Let’s say in his personal life one presents himself as a decent, family-loving person, but alas, in his online life, hiding behind a different name, let’s say, he distributes pornographic context. Now a question: which in this case is his true nature? In which case is he himself?

“Seeking to avoid problems at work. Maintaining an anonymous blog might be helpful for those bloggers who are preparing to expose issues of public significance (for example, writing about the corrupt higher classes or about the less than ideal hygienic conditions in a food production business). In addition, by remaining anonymous, the blogger is protecting not only himself, but also his employer, since he’s not forced to consider that the views expressed might be assessed as the employer’s official views.”

Only one response, which is reiterated: if you’re afraid, don’t write. Anonymity won’t save you — if they want to know who spread the information, it won’t be hard to do.

“The incentive of being honest and unconstrained. In some cases, maintaining an anonymous blog[[wysiwyg_imageupload:85:]] allows one to be more honest than if the blog was in one’s own name. Thus, if a blog is a very personal, journal-style type of blog and publishes material about family relations, being anonymous will only allow the blogger to be more open and free in making assessments.”

My friend, writer Levon Javakhyan freely writes about his personal life and hides nothing. Writing under his name doesn’t hinder him at all. Let me say again: it’s not mandatory to wear a mask to be honest.

“Personification and a blog-ish character. Anonymous blogging allows one to assume different characters, to express this or that aspect of the blogger’s personality and this way attract more people to the blog and give it a certain artistic flavor. Anyone can maintain an artistic blog in which he presents himself as Superman or Quasimodo, or a political blog where he will be either [well-known local bloggers] Pigh (‘elephant’) or Vozni (‘hedgehog’). In fact, often such ‘character’ bloggers are anonymous only to those who don’t know them and regular visitors to their blogs, as a rule, very soon guess who they are dealing with.”

Here Artur is speaking of the artistic. My objections don’t refer at all to those cases when one’s pseudonym is known and readers know who the author is. Thus, this case (I repeat, when the author is known) doesn’t mean anonymity and is outside of my consideration. Many of the world’s prominent writers are known by a pseudonym. That’s normal. Those famous Armenian bloggers who write under a pseudonym but everyone knows who they are — my remarks don’t refer to them. I am speaking of those cases when a person, by disguising himself, disseminates information and opinions and you don’t know who the author or the person responsible is.

1. With masks, one goes to a masquerade — she does not come out into society and begin conversing with its members.
2. If your webpage is your home, as they insist (i.e. your homepage), then be good when welcoming guests into your home — be not masked, but open.

And finally,
3. There is the concept of signature honor. Maintain that honor. Isn’t it so that your signature is your person? It is you.

P.S. Let me remind my friend and colleague Artur Papyan that in the 1930s, the Soviet Union exiled millions of innocent people on the basis of anonymous letters.