… So That We are Not Deceived Once Every 10 Years 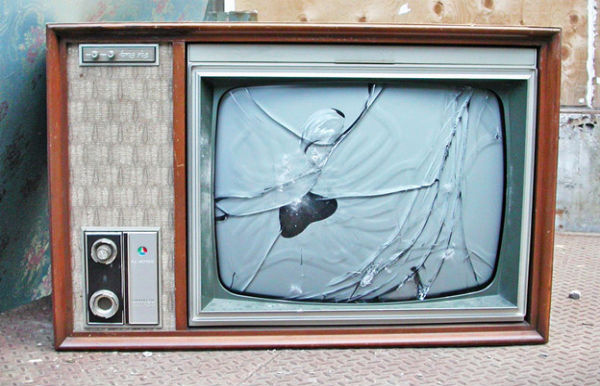 The case of A1+ TV v. Armenia’s National Commission on Television and Radio (NCTR) will take place soon. Recall, A1+ is asking the court to recognize its violated rights and to annul the NCTR’s Dec. 16, 2010 no. 96A decision, which recognized ArmNews, receiving 44 points, as the winner in the no. 11 broadcasting license competition. A1+ received only 2 points.

In the court, A1+ will present its arguments; however, I want to address another issue in this article. I will talk about the NCTR’s conclusion on several criteria — more specifically, the conclusions on the proposals presented in the ArmNews application.

In the NCTR Dec. 16, 2010 no. 96A decision “to recognize the winner in the no. 11 competition to broadcast international and local news-analytical programs through the digital network via the capital,” it says:

1. The volume of ARMNEWS CJSC’s own broadcasts in the period of licensed activity comprises 82.5% (according to the application).

2. The volume of ARMNEWS CJSC’s domestic broadcasts in the period of licensed activity comprises 87% (according to the application).

Proposals in any competition always, for the most part, comprise a collection of good intentions. And this case is no exception. So, what should the NCTR be guided by? Are only the good intentions of the application enough to evaluate a given TV company’s capacities and opportunities? But isn’t there a need to see whether the given TV channel has carried out its promises in the past?

I think, in any case, this has to be considered. Aha, if you will, the case of ArmNews. A question should have risen for NCTR members: how can this TV company ensure 82% of its own broadcasts, when half hour of each hour is allocated to re-broadcasting the Russian broadcasts of Euronews? I think that in assessing the tender proposals, it was also necessary to take this into account and inquire, what is ArmNews going to change so that the broadcasts it produces comprise 82% (of the total broadcasts) and domestic broadcasts comprise 87%? Is it going to reduce the Euronews re-transmissions?

And another thing on this topic: already 5 months have passed since the competition wrapped up; that is, it’s been this long that the new license is in use. Doesn’t anyone want to ask NCTR how ArmNews is fulfilling its promise; has it reached its indicated level of own and domestic production, or…? Well it will reach it…

It’s hard, of course, to believe this.

And now I want to form my questions, which definitely will be rhetorical since I doubt the NCTR will attempt to answer them.

Gentlemen, what did you take into consideration, believing that the volume of ArmNews’ own and domestic produced broadcasts will reach 82% and 87% respectively?

From when will you begin to carry out the Commission’s function also to oversee and to keep an eye on whether the TV channel is fulfilling the good intentions presented in its application or not?

What measures will you apply so the TV company fulfills these?

I can imagine the faces of TV viewers reading this piece. They are now silently cursing me, saying, “Do you need ArmNews to increase the volume of its own produced broadcasts? We’re barely able to watch Euronews with no intervention; at least we get to know something. If they cut this back, who will watch this channel?”

They would be right, of course. However, my and their taste is not enough. And my problem at this point is not the satisfying of this taste.

To tell you the truth, I am very concerned for the the respectable members of the National Commission on Television and Radio. I don’t want TV companies in the competition to deceive them with beautiful words, unrealizable promises and a beautifully packaged rejection once every 10 years (the frequency of broadcast licensing competitions) — thereby, belittling the Commission’s reputation and authority in the eyes of the public.

But I’m also concerned for us. Because NCTR’s “naivety” and believing these promises come at a great cost to us, the TV viewers.