The Emperor has No Clothes 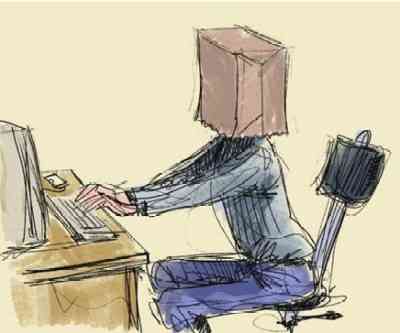 If it’s true that in Armenia everyone has the right to freely express his or her opinion [which is guaranteed by the RA Constitution (1)], then a question arises: how many will be able to say “The emperor has no clothes on” like the child in the well-known Hans Christian Andersen tale and not be afraid that he will lose his job, will stand before the courts or become a victim of a day of reckoning?

In Sept. 2010, an anonymous user found the courage to post a scandalous video on YouTube on issues in the Armenian army. Yes, many people already knew that in certain military units conscripts were subject to ridicule and humiliation, but through the anonymous video the alarm was heard from the “very top.” The defense ministry took action, which I hope were in line and contributed to the strengthening of the Armenian army, though, of course, the value of anonymous findings is very debatable for a country in an actual military situation…

Another fact, which is much more definite at least for me: A state of emergency and “emergency censorship” which, in my humble opinion, went contrary to all of Armenia’s laws followed the events of Mar. 1–2, 2008. In a country that saw censorship in those days, anonymous news outlets were quite natural, as was the need by some to have samizdat (self-publishing). It’s no coincidence that it was during those days that a number of anonymous blogs and blog-like news outlets were born.

Of course, a question of responsibility arises. What to do if an anonymous blog publishes defamatory material, insults, makes racist calls, disseminates child pornography or, say, disseminates plagiarized material? And, finally, what’s more important: the responsibility of a netizen or blogger, or the freedom to express opinions, or without subjecting one to risk, the possibility of sending an alarm call?

And they don’t even ask us…

The large-scale blog platforms, WordPress, Blogger, LiveJournal, getting past legal red tape in the US and in Europe, suggest certain conditions for users of their free services. These terms of service, in particular, state that if users upload or post material that is harmful, defamatory, racist or a violation of another person’s intellectual property rights and complaints are heard regarding such material, then the blog might be shut down. Moreover, particularly in the case of LiveJournal (2), through a US court ruling, lawyers can be provided with the blogger’s available personal details: email, phone numbers, legal name and IP address.

On the other hand, no one is forced to provide their real information, to register your primary email address, when they open a LiveJournal account. And a blog can be accessed through a Tor browser, or there other ways of hiding your IP address (for example, through proxy servers) and remain completely anonymous.

To be anonymous or not?

I will try to classify cases when maintaining an anonymous blog may be considered necessary and justified. The list of course is not final and is presented for the reader’s judgement and completion.

An anonymous blog allows a person to separate her personal life and career from her blog persona. For example, anonymous Armenian blogger Tzitzernak, who supports the opposition bloc the Armenian National Congress, unflinchingly publishes such material on his blog that might have become cause for judicial actions. Remaining anonymous might become a guarantee for personal safety for those bloggers who write about subjects that are associated with certain societal stereotypes (or taboos): AIDS/HIV+, sexual orientation, ethnic or religious minorities, and so on.

2. Seeking to avoid problems at work

Maintaining an anonymous blog might be helpful for those bloggers who are preparing to expose issues of public significance (for example, writing about the corrupt higher classes or about the less than ideal hygienic conditions in a food production business). In addition, by remaining anonymous, the blogger is protecting not only himself, but also his employer, since he’s not forced to consider that the views expressed might be assessed as the employer’s official views.

3. The incentive of being honest and unconstrained

In some cases, maintaining an anonymous blog allows one to be more honest than if the blog was in one’s own name. Thus, if a blog is a very personal, journal-style type of blog and publishes material about family relations, being anonymous will only allow the blogger to be more open and free in making assessments.