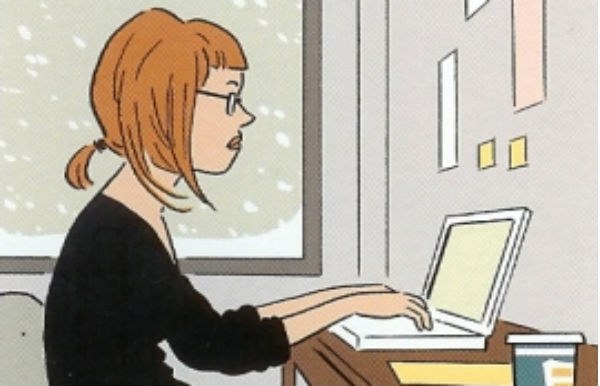 In the evening, I wrote this piece and sent it to the editors at Media.am, and in the morning I saw that Mesrop Harutyunyan had written a piece, in response to a previous article of mine which had to do with the previous halal/haram subject. In fact, Mesrop is debating not with me, but with reality. That’s a fact. Today the press has to realize that alternative journalists are more concrete than desirable, then accept their existence, then try to be a player in the same field. And ignorance, regretfully, has long become a part of our life. At one time, monks, if they were to see today’s papers, would exclaim άπαγε! But we adapted somehow. And now meet the ignorant, but full of enthusiasm bloggers who’ve come to the field of media.

But so that you don’t think that all I’m doing is praising alternative and ignorant journalists, let me now address shortcomings.

Alternative media is a beautiful thing. In modern times, it has brought freedom to the field of information, it has allowed average people to become journalists, to bypass censorship, to topple dictators, to promote the modernization of traditional media, and so on and so on. And I won’t even talk about the purely subjective positive moments, such as my  personal involvement in all of this.

But there’s nothing good without the bad. Blogs and social networking sites, as alternative news outlets, contain “negative seeds” within them. (Here, we’re speaking of serious things; it’s clear that we’re not talking about the silliness or picking up girls that happens in social networking sites. Beyond the good and the bad, these are issues not discussed.)

But what did alternative media give us other than good things? The worst: it brought equality there where it wasn’t necessary. That is, it gave everyone a platform from which to speak — even those who didn’t want to, even those who are forbidden by the Universal Constitution, those who are busy, who don’t have time, but are forced to speak from this platform: the good is not lost in vain.

And what happened? In the history of the world, we found ourselves in a unique period, when thoughts are transferred onto “paper” and with that, sharing were those people who, if not for the Internet, would never grasp or spread the spoke word. Everyone began to write, to speak, to share. The spoken word began to be subject to inflation. Then began the hyper-inflation. And you can’t fight it. End of story. They write and will continue to write. They will no longer be silent.

The Historical Stages of Decline

In truth, all this began with Johannes Gutenberg, by inventing the printing press. Writing and printing a book became the easiest task. If it wasn’t for Gutenberg, how would women’s novels (otherwise known as chick lit) come about? Hard to believe that the monks and the miniaturists would work on Daria Dontsova’s latest masterpiece, and that with a large print run. Gutenberg came to media and voila! Dontsova will never leave media.

Then came radio. Then came something worse: television. No need to write about this at great length: we all know one of the important features of television — it is mostly in opposition to human development.

Then came the Internet, chat, forums, blogs, social networking sites. They came and they won’t go back: they’re steadfast and eternal — just like Dontsova.