Ignorance as the Right Path? One “Backward” Writer Responds 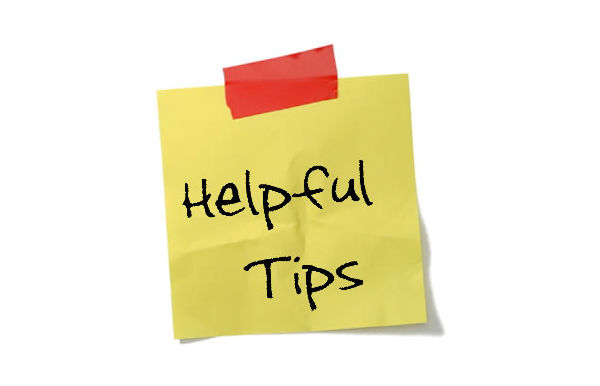 I began to write this piece as a commentary to Samvel Martirosyan’s piece “Halal and Haram in Media: Are Blogs News Outlets or Not?” Then I understood that what I had to say was more than simple commentary and I decided to write my own piece.

First, for once and for all, I want to put an end to a meaningless debate that, in fact, has been long resolved: is a blog a news outlet or not? Putting aside all the similarities with traditional media which solve the debate, let me say that the answer to this question, in Armenia in any case, was provided long ago, in the RA Law on Mass Media approved in 2003. Let’s read Section 2 of Article 3 titled “Basic Definitions”:

“2. Mass media product (hereinafter referred to as the “media product”) — an information product that is disseminated by or without subscription, on a paid basis or free of charge, including:

“c) mass communication resources that could be accessible through public telecommunication network (network media product) for undefined number of persons, at a permanent address, irrespective of the frequency of updates, the duration of information maintenance or other criteria.”

End of story. With this, everything is clear. Consequently, any information disseminated online and created in the territory of Armenia (and not only blogs, but also other online publications), according to Armenian laws, is mass media. That is to say, any content disseminated online and created in Armenia will be subject to this law, which includes noting the address and other details of the one who disseminates this content. Or else, it’s become habit for us to start a blog or a webpage, to hide behind names representing flora and fauna and disseminating anything and everything… I’m obliged to recall aliases that usually people in the criminal underworld have. I, for example, never hide behind an alias, and any line I write, whether that be in a newspaper, a publication, my online journal or elsewhere, I always sign in my own name. And don’t consider what I’m saying as tooting my own horn — this is a principle. A person has to know also the value of his own signature; especially if you’re writing a critical article. The person to whom you’re directing your criticism should know who he’s going to “shoot at.” For me, writing anonymously or under an alias (when it’s not known who is really behind that alias or pseudonym; as in the case of writers) is the mark of those who are afraid.

And now let me turn to Samvel Martirosyan’s other thoughts on the matter:

“The indignation of editors can be understood: they spend human, financial and technical resources in order to cover some event or another. And suddenly there appears a semi-ignorant blogger and through an illiterate piece of writing attracts a larger audience.

“A hypothetical ignorant person can affect the (let me say, again hypothetical) work of a large group of competent journalists. And so it is and it will be, since the reality has changed. It’s already too late to try to ask the media field be assessed with last century’s standards.”

I apologize for such a lengthy quote; I do this so that afterwards, I am not accused of taking words out of context.

Now read it again: the entire cited fragment is nothing other than praise for ignorance. Samvel, my friend, I’m simply amazed: when did ignorance become an occasion for merit? And the icing on the cake: “It’s already too late to try to ask the media field be assessed with last century’s standards.” Though my friend Gegham Vardanyan says when writing online, don’t type in capital letters because it leaves the impression of being angry, it’s anger itself that I want to express, and so I write in capital letters:

SAMVEL, MY FRIEND, NEVER AND IN NO CENTURY CAN IGNORANCE BE A STANDARD, AND NEVER, IN NO CENTURY, HAS ANYONE BEEN PROUD OF IGNORANCE.

What happened that ignorance became cause for merit…?

What does the author want? For us not to pay attention to the language we use online? To write “we writes” or “I we go”… Let’s write it, so what, it’s the same, the reader understands. Let’s write, “There’s a long line at the corner shop on Prospect” [author, writing in Armenian, uses Russian words with Armenian conjugations] — not only is it reliable, but also it will gather a large audience. Who cares that you don’t know what language it’s in. At least it’s “reliable, it’s halal” (quoting Samvel Martirosyan), right? That is, language, spelling, correct sentence structure, these aren’t important, they’re not halal; forget these, you 20th century “backward” people…

Of course, I’m not one of those naive people to think that I or anyone for that matter can fight against those illiterate announcements stuck on electric poles (the way I see it, the Internet is that electric pole where anyone posts anything and next to one literate text is hundreds of illiterate ones). Of course, the triumphant procession of ignorance continues and will continue, regardless of my fight. My concern is something else: it pains me when one who considers himself to be an intellectual justifies — moreover, praises — ignorance and considers it “halal.”

Any piece of writing needs a second pair of eyes to look over it. The writings of all of the world’s small and great writers have passed through the hands of professional editors because even the greatest writers of the world have been “backward”: they’ve understood that they might’ve allowed spelling, stylistic or other types of mistakes in their writing. But our Internet authors.. Well, they’re progressive, infallible — fine, sarcasm aside: absent in online media is a second pair of eyes. Those can belong to the author himself, if he decides after writing to have a once-over and read his writing as a reader would. But he doesn’t do that. Online media editors very often shut their eyes to spelling, stylistic, and syntax errors. It’s a competition; as if, you have to make it before the others…

Write in jargon, in colloquial language (I myself often use jargon and colloquial language), use foreign words — do whatever you want. But remember, even in the case of that jargon or colloquial language, the subject must agree to the object and to the verb… That is, the words to compile the sentence and to portray a thought should be tied with the rules of (Armenian, Russian, English, Japanese or I-don’t-know-what) language.