Arguments For and Against: Taking Newspapers to Court 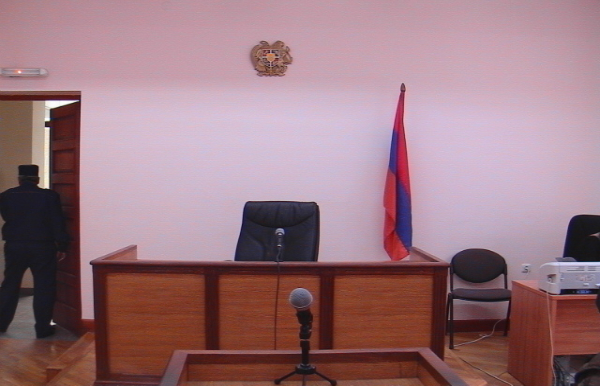 Whatever they might say about the RA Civil Code amendments in 2010, that as a result, lawsuits against news outlets in court, demanding compensation for moral damages and retraction of information that caused harm to honor, dignity and business reputation have increased, that, in itself, instead of bashing the journalist’s head or causing destruction to the editorial offices (and such examples in Armenia’s modern history are many), they have begun to use the civilized method accepted by the entire world, that is, to take the issue to court, is already a good thing.

It’s a different issue, which, unlike in many countries in the world, our court system is not independent (i.e. impartial) and many discriminatory verdicts are made. Let’s take, for example, the Court of General Jurisdiction of Kentron and Nork-Marash Administrative Districts, which on Feb. 7 sustained the three oligarchs’ lawsuit against local daily Haykakan Jamanak (“Armenian Times”) and mandated the paper to pay 6 million 132 thousand drams in moral damages, on the same day, quashed the proceedings of human rights activist Mariam Sukhudyan’s lawsuit against Armenia’s Police Chief Alik Sargsyan under review, explaining that there is no institution of compensation for moral damages in Armenia’s legislation.

Yes, those fears were justified, that this legislative amendment is going to be a bludgeon particularly against those news outlets that are critical of the authorities’ activities. There is no shortage of examples how the courts conclude the cases against pro-government news outlets with less fines or simply with the demand of publishing a retraction. Let’s just cite one fact: for depicting Heritage Party MP Zaruhi Postanjyan’s naked body through collage and publishing numerous attacks against her, pro-government media and its correspondents bore no responsibility — the case was quashed. And the same correspondents continue till today to publish attacks against this Member of Parliament.

Despite all this, we can’t not mention those arguments that perhaps won’t be agreeable for our colleagues. Almost every day we read news reports in which clearly an attempt wasn’t made to clarify (the information) in advance. And when the “hero” of the story attempts to use his right to respond, they either don’t publish it or they publish it with comments, continuing to insist on their unconfirmed reports. This time we’re going to cite examples from those newspapers that are most critical of the authorities’ activities.

On the justice ministry’s website, we read the letter sent to the Haykakan Jamanak publisher, which in the Jan. 14 issue wrote that the justice minister fired “employee of the ministry’s information and public relations department S. Saroyan, who had 15 years of work experience [in his position],” while, according to the letter, this department has been operational in the ministry since Dec. 2007 and “since the day of its establishment till today has not had any employees with such a name.” Again, let us emphasize: we read this explanation on the justice ministry website. The paper, which clearly didn’t verify the authenticity of its story prior to publication, did not then publish the response.

Another similar example, this time concerning local daily Jamanak (“Times”). On Feb. 22 it published news that the justice ministry’s Yerevan-Kentron penitentiary chief H. Khlghatyan has moved to another job. Again, only on the ministry’s website did we find out that Hamlet Khlghatyan was appointed to another position back in 2009, and on Feb. 17, 2011, he was simply appointed the Vardashen penitentiary chief.

The following response has already been published by the newspaper that disseminated the information, Hraparak: “In our Feb. 11 issue we reported that Grand Holding President Hrant Vardanyan sent a letter to the RA president in which he criticized the country’s economic situation and asked that the prime minister, in the coming two years, not make any decisions, to not intervene in business affairs. Yesterday, Grand Holding wrote to us that ‘Hrant Vardanyan wrote no such letter to the RA president; this news is untrue’.” However, despite publishing the retraction, the paper adds: “We clarified that not only Hrant Vardanyan, but also several businessmen expressed discontent with the government and the prime minister, and they have expressed and sent their protests to [Armenian President] Serzh Sargsyan. However, they’re trying to convince them all that they’re wrong and they’re doing everything possible to drown those complaints. As we can see, in the case of Grand Holding, they succeeded.”

Now if Hrant Vardanyan or the justice ministry took the issue to court, attempting at least to have the published information retracted, those news outlets would again protest that freedom of speech is being violated and they’re trying to silence them.

Perhaps such claims would be more justified if only an attempt was made to clarify information prior to publication, while after publication, not to deprive people of the option of responding — and not take the case to the courts, which, again let me emphasize: are not impartial and make biased and arbitrary verdicts.