The Cross-Eyed Prospect Of Armenian Cinema 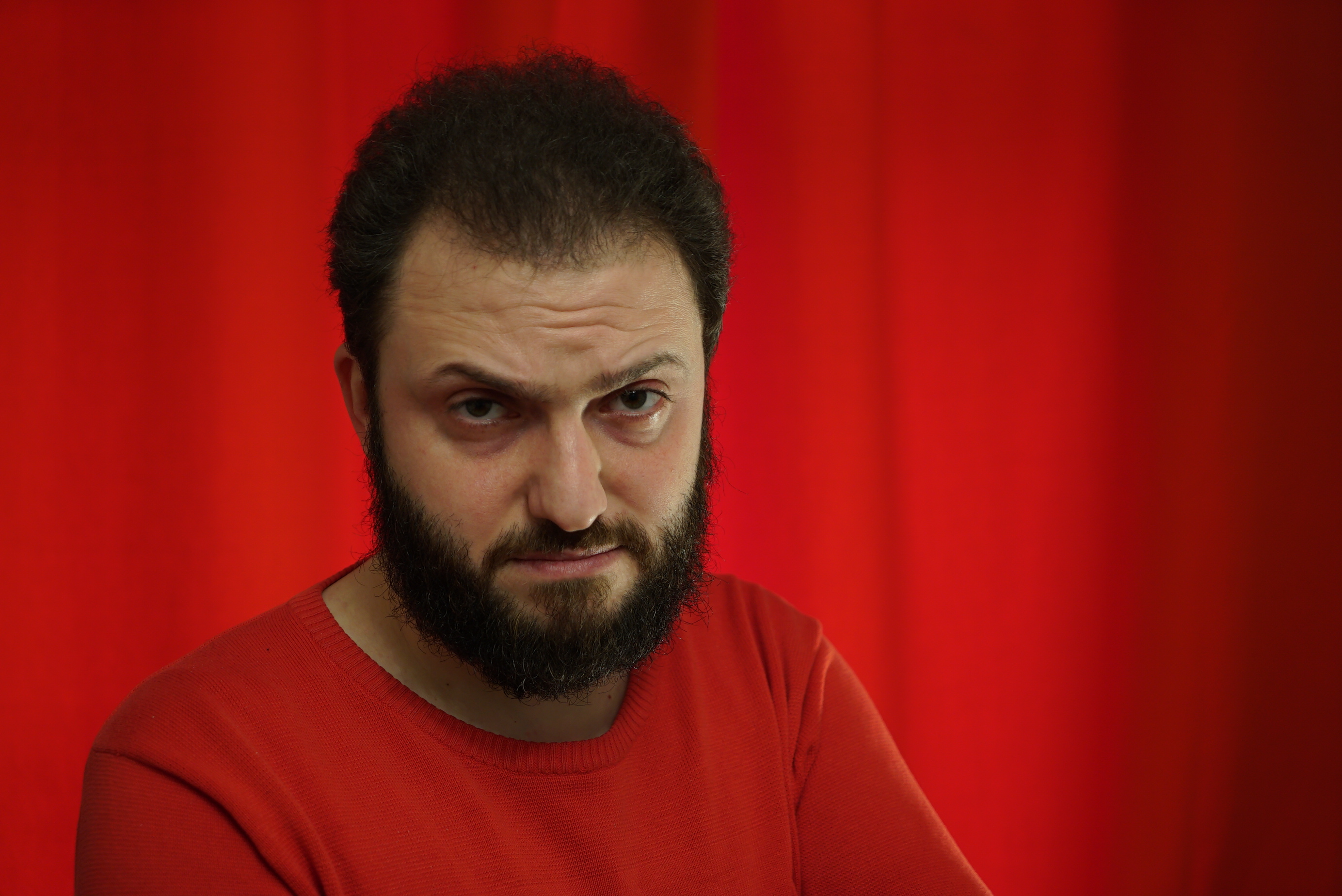 In recent years, I have seen some Armenian films, some of which have been filmed with state funding or through co-financing. No matter how hard I try to avoid Armenian films, it does not work. Sometimes I am invited to a premier, another time I am sent messages from friends asking for an opinion, sometimes I am accused of being unnecessarily pessimistic and dragging cinema by force.

Each time the result is the same. I have said and continue to claim that there cannot be Armenian products with a cinematic weight because there are no prerequisites for it. This is constantly proven.

There are a few exceptions, but they are still marginal, and at least it is not clear whether new developments will be in that direction or not.

I won’t mention any names, because the aim of this writing is not to point fingers at someone or praise another, rather to outline some common problems without entering into complex theories and terminology.

Among the films created by state-sponsored companies or companies that stand closely to state leverage, one can notice some common ines (I would like to emphasize that that to be fair, I have not watched them all).

1. A considerable amount of them are distinguished by their religious beliefs, sometimes reaching a level of religiosity.

These films in their turn, differ from each other with a few other attributes. The first type is the inner world of the individual, a mixed up film that represents his sufferings and various Christian motifs.

There is no such thing as the social nature of human existence, if not to say that there is a conscious ignorance about socialism in general. Unsuccessful attempts to capture world-famous filmmakers are visible.

The second is films highlighting Armenianness through religious affiliation. Often there are specific references to the Armenian Apostolic Church. Religion is the only source of truth and refuge and is not viewed as a social phenomenon.

As a law, it is possible to see episodes of religious rituals where the viewer is subjected to seeing the cross, incense and candle. There is no hint of other religions, or they appear as different manifestations of hatred.

2. The other peculiarity that connects many films is patriotism straightforward patriotism.

The circumstances are arranged in such a way that this automatically insinuates loyalty to the authorities of the day. The problem has already been discussed in detail in the article “What message is being relayed to the viewer and what is being kept quiet about in the film Life and Fight”, so I will not linger on this point too long. I will only add that the coverage of these films mainly exploits social misery like genocide, war, earthquake.

3. Another feature that combines many films is self-isolation and self-improvement.

The films focus on the elements of Armenia’s stagnation and in the meantime, ignores manifestations of modern Armenianness. Here too, you will often come across rituals such as burials, weddings, christenings and more.

Foods that are considered local including lavash, baklava, khash,  or landscapes, rural scenes and churches are exaggerated. As the Russians once said about Armenia, “an open air museum.” It is worth noting that this writing is now widely spread through propaganda/tourist boards depicting monuments that are located in different urban environments and in the neighborhood of motorways.

The Armenian community accepts and reproduces the perspectives of foreigners.

And if Armenian monuments are museum samples, we can say that Armenians are supposed employees of the museum, whose work is to serve visitors.

There is also a similar approach to cinema: Armenian folklore diligently presents to the foreigner the Armenia that they want to see.

In this regard, the attitude of the well-known Russian culturologist and film critic Kirill Razlogov is interesting. Here is an excerpt from his interview in Armenia, “ An intermediate platform is formed here called joint film production. This is a wonderful opportunity for the development of the film industry in Armenia or similar countries.

Another section from the same interview, “Now I’m going to say something amazing. My grandfather was an Armenian, whenever I came to Armenia it’s as if I were returning to my roots.”
In Mr. Razlogov’s words, he immediately points out a couple things that he sees Armenia from the perspective of a ruler. The phrase “in Armenia or similar countries” is already sufficient.

It’s hard to imagine an Armenian saying “in Russia or such countries.”

He came from Moscow and decided that “The future, of course, lies in cinematography that exposes the peculiarities of national culture,” exactly that which Armenian film directors and screenwriters are doing, while I am convinced that the hope of escaping from the narrowness of today’s circle is to put the link between the international community and Armenia in a favorable light.

And thirdly, every time Mr. Razlagov comes from civilized Russia to old Armenia, he is returning to his roots.

My remarks have already been outlined in the mind, when I was shocked by the debate on the 2019 State Budget bill at the National Assembly, when MP Hrachya Hakobyan and Minister of Culture Lilit Makunts discussed the issue.

According to Armtimes Newspaper, the MP said, “Since Armenia’s independence, Armenia has never been filmed, which would represent a cultural value such as we had during the Soviet era, do you not think that we have a problem here?”

Then he added, “824 million AMD has been envisioned for cinematography, this number is almost the same in recent years, it does not change, […] will we continue as such, or will something change?”

The minister replied, “There is no change to the budget, but there will be a change to the approach. The state should also make its contribution. This is not about commercial films, but about films representing cultural values. We have decided to reduce the number of films for which the budget should be allocated for the year. […] Previously, oney was given for small and small parts of 15-20 films that did not solve any problems and added problems […] as a result, we have films that have not been filmed for many years, which lose their value over time, which had been six years ago [..]. That is why we have decided that the allocation of films will be conditioned only by qualitative criteria. If it is decided that, for example, there are 3 films, that amount should be allocated to 3 films and not to 10-15 non-partisan films.”

Then Lilit Makunts added that together with the Ministry of Culture of the Russian Federation, they will create a joint Armenian-Russian film, which will enable joint films to be exhausted and consumed in those film markets.

She said that they will make legislative changes and give international partners the opportunity to shoot films in Armenia and also include the Armenian side.

It doesn’t matter much about what can be understood under the so-called “films of cultural value” and how surprising the mention of Soviet-Armenian cinematography as a reference of value, but in a matter of law, the deputy is sure that Soviet-Armenian films had a really great cinematography compared to those produced during independence.

However, it is just as clear that there is no point getting back on that track again.

Administrative improvements are truly welcoming and useful, but at what expense do honored officials want to create “cultural values?” Collaboration with the RF Ministry of Culture, or by producing local films in accordance to the three points mentioned above?

What will this cross-eyed prospect of Armenian cinema bring?

In order to make this writing, I forced myself to watch some of the Armenian-russian joint productions of recent years. I have said above that I will not give names, but the temptation is too great.

The film Earthquake (2016) is suitable for discussing the subject.

Firstly, the film begins with a market view of an eastern bazaar. There are many scenes depicting the church. Finally, the most important message is said directly when the hero of the film, the Russian architect, returns to Gyumri after years of absence and faces the earthquake, and immediately engages in rescue operations. In one episode, there is a dispute over organizational issues between the residents of Gyumri and the intervention.

Russian- What has happened?

The first Gyumri resident- A girl needs help over there, and he doesn’t want to help.

The second Gyumri resident- There are many wounded people in my car that need to be taken to the hospital.

Russian – So, first we go to the hospital, empty the car, then we come back here, and take care of the ruins. We will need your truck.

Second Gyumri resident- Everyone needs my truck. And who made you boss?

Russian- Do you know what needs to be done?

Russian- then we are doing it my way. Let’s go.

The inexperienced and ignorant Armenian heroes are thus subject to the educated and experienced Russian.

The Ministry of Culture of Armenia participated in the creation of this film. It has been nominated by Armenia for the Oscars despite the fact that it is in Russian (I have translated the dialogue). Even the Soviet-Armenian films were produced in two languages: Armenian and Russian.

The question arises: Recently, attitudes towards Armenia has changed in Russia. Otherwise, it is incomprehensible what new expectations the Armenian authorities have in creating “cultural values” with the Russian side.

This is still an example. I do not want to abuse the reader’s patience to describe all the bewilderment and horror I had while watching the other Armenian-Russian films.
Now, I do not waste my time focusing on what I can do to really improve the film industry in Armenia, because I have already touched upon this in a footnote entitled “Reasoning for a Change in the Cinema Development Agenda and a Public Discussion Proposal.”

Allow me to add in the end that the Armenian-Russian relations have a very complicated history and I do not want my writing to be perceived as vulgar anti-Russian or even anti-Soviet.

Finally, Armenian cinema began and developed in early Soviet times with the support and encouragement of the government. The main issues of today’s Armenian cinema have been strengthened and rooted in the Soviet-Armenian cinema at the end of the eighties, many of which today continue to shoot at the expense of he state budget.

It is simply necessary to examine and comprehend the intricate past that will move forward because if you do not deal with the past, the past will deal with you.