Journalists Are Very Respected In Lebanon 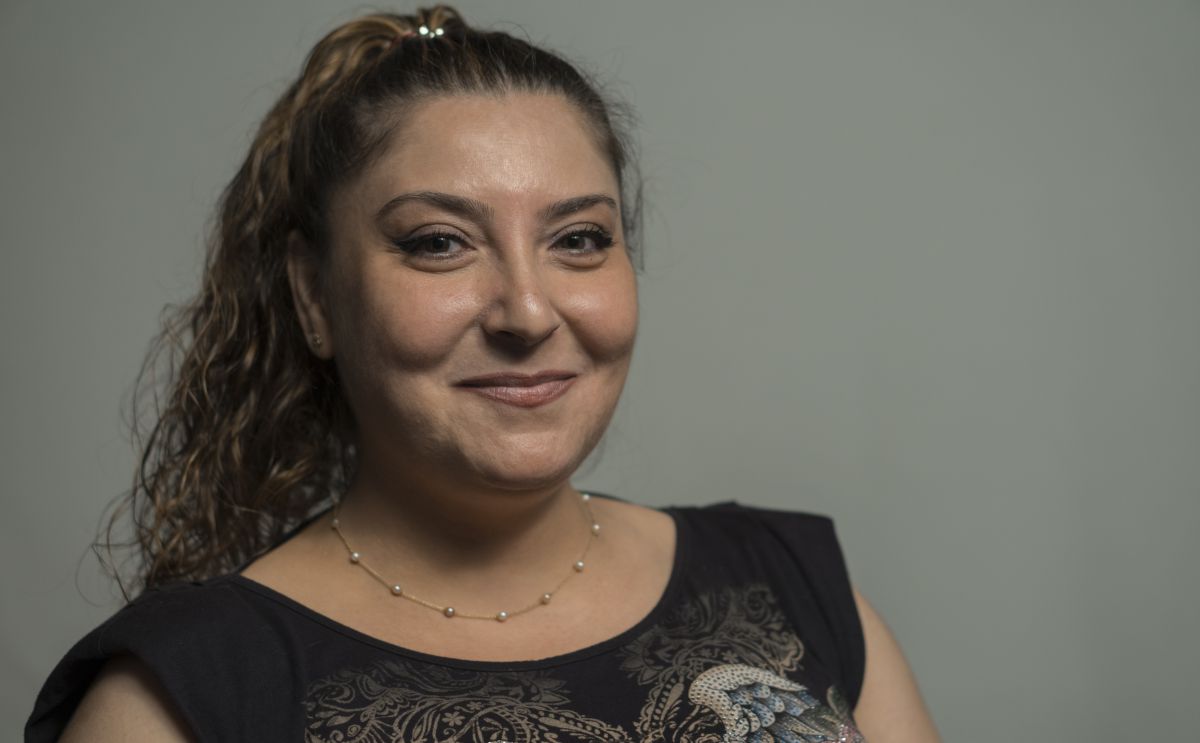 I started working in journalism, initially as a proofreader and designer. I worked in many Beirut-based Armenian newspapers, such as Ararat newspaper, then Ditak magazine, Zartonk, Kanch. I loved my job very much.

Then I studied graphic design, audio and video editing and began to work on books and editing books while doing editorial and journalistic work in parallel.

There are many Armenian language newsletter in Beirut, but there are only three political parties. Azdak belongs to the ARF, Ararat belongs to the Hnchak party and Zartonk belongs to the Ramkavar-Azatakan party. Ditak is cultural and independent, while Kanch was the Communist Party’s official newspaper, published as an appendix to an Arabic newspaper, which however ceased to be published in 2005.

I myself am not a member of a political party, it is more relaxed that way, you can maintain an equal distance with everyone.

Many newspapers are published through subscriptions as well as through party membership fees. Generally, a stable number are published (500-2000) and they have their readers and policies. Each of them also have their own website.

I do not see the difference between Western Armenian and Eastern Armenian, I speak fluently in both languages, and I can type using both spellings very quickly using my computer, which is important for my work.

And it was exactly this comprehension of language and clear communication that brought me to Future TV, a digital broadcasting station (what you would call a Television Channel) where I was the editor and news announcer of the Armenian segment.

Of course, the news we received from Armenia was translated, edited and changed from so-called Eastern Armenian to Western Armenian, because you use a lot of Russian or international expressions which we must “Armenify.”

It is a matter of practice. If I have been given the text in Eastern Armenian, I can read it out loud in Western Armenian, translating it on the spot right from the newspaper.

Future TV was founded by Former Prime Minister Rafik Hariri, and the Armenian segment had been opened up during his lifetime, which lasted until last year. Then, due to financial issues, the channel was stopped in foreign languages including Armenian, English and French.

But before that, for ten years, I was running a half-hour long live broadcast which was comprised of three sections: political, Armenian and international news. We often had special reports about the life of the Armenian community.

And when something important happened in the Armenian community, we immediately translated the news and delivered it to the Arabic department. The Arab channel was also connected to our community via our presence.

When the transmissions of Sevan radio station began in the Armenian community in Lebanon, which had the Future TV political program, we started collaborating not only with political news, but also with various development programs, with interviews, and cultural programs.

Sevan is a young station, it was launched in 2007.

At that time, the programs were more diverse, we had literary, cultural, medical, political-analytical, economic departments that were later summed up in the morning “Cup of Coffee” program. Sevan also distributed audio versions of Future TV’s diaspora programs.

Of course, photo broadcasts is more influential than the radio, especially the Arabian photo broadcasts, as you can present the news to the entire Arabic audience. But since newspapers are retreating, radio is playing a bigger role.

Finally, it should be acknowledged that listening and viewing is easier than reading.

The Voice of Van also operates in addition to our oldest press Azdak,

I would not say that there is a serious competition between Van and Sevan, simply that one is supported by a political party, while the other is founded on individual efforts.

Previously radio Sevan had a live broadcast through the Ardzagank radio station, then it stopped. Now our interviews are published and broadcast from the Public Radio of Armenia. We have radio programs which travel through villages. We hope to carry out similar programs, which have interesting stories and which encourage listeners to visit these regions on their next trip to Armenia.

We are always trying to be objective and without bias. Cultural and scientific news especially should not be too colorful.

We have very good hosts in Arabic stations, Nshan Ter-Harutyunyan in the entertainment field, and in the political sphere, Paula Yakubyan, who is now a prominent member of parliament, the first Armenian woman member of the Lebanese parliament.

Meanwhile we are colleagues with Shiraz Jerejyan, working together in Future TV, and now on Sevan radio.

We have never had any problems speaking with arabic stations about the Armenian Cause or the genocide. Sometimes, of course, we might be asked to be a bit more gentle, but nevertheless, we have our way, and everyone knows that if the journalist is Armenian, then they will definitely speak about the genocide in historical episodes.

Journalists are truly worthy of respect, all the editors of newspapers keep in touch, and if they come as a guest from Armenia, they visit every Armenian language media office equally.

The revolution in Armenia was a very good example of how to break the yoke. But the Lebanese, who are deeply involved in politics, but are demographically a mosaic, and it’s impossible to expect that the Lebanese would join as a united people, because they have more community roots than citizenship.

Armenia is one country, one nation and one religion, and Lebanon is only seven main communities, not to mention the other ethnic minorities. Of course, each one has to defend their own interests.

To be honest, without exception, all the Lebanese media referred to the velvet revolution, which were watching the events as they unfolded each day and were really interested in the process of revolution and the achievements. And we, the Armenians, are enthusiastic and proud.

One of the biggest issues in the news sphere are unreliable websites. Even the photo broadcast channels are spread false news, turning the country on its head. And even when they make corrections, the tensions have already been created automatically.

In general, journalists in Lebanon are very respected, because they need to  have very unique personalities which are encouraged in order to go for that job.

There are also clashes and brawls. Nevertheless are fairly familiar with the fourth power as being the key to really making major changes, through the media.

You really do need to be brave…