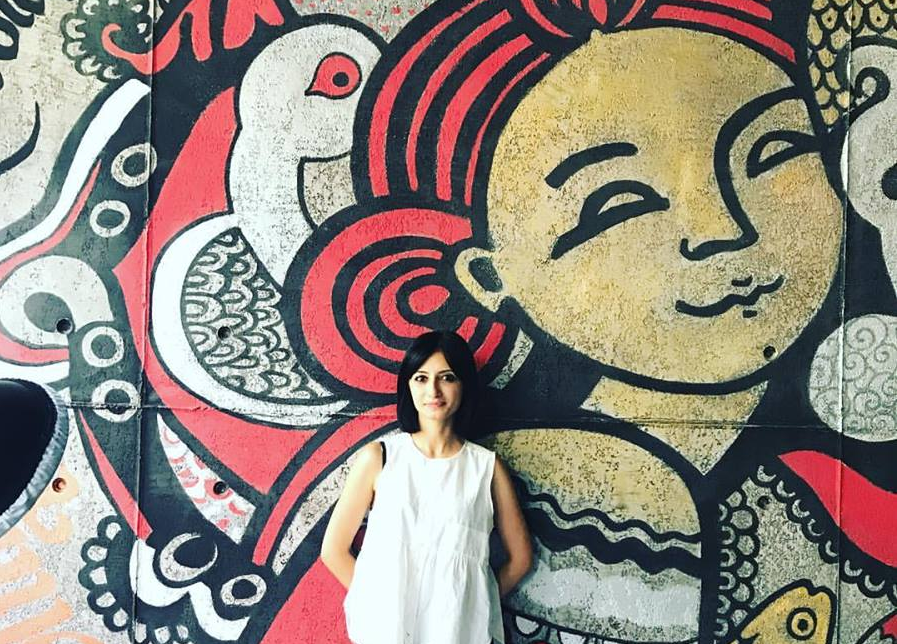 Fashion is one of the oldest directions of media. The history of clothing and design proves that clothing has always been the first way to express political, social and economic status.

It’s about gestures and other constant forms of media communication through appearance, the first visual impression.

Clothing begins to tell who its owner is, what do they do, what their interests and scope of abilities are, before the first spoken word or sentence.

Today, we are becoming the contemporary of a phenomenon, when fashion turns into an instrument of expression.

On the global platform, it becomes representative not only in its form but also its content.

Let me give you an example: World-renowned designers brought the external appearance of millions of refugees who fled from the Middle East to Europe to the street fashion stage, the culture of wearing layers of clothing that have nothing to do with one another, worn out and dingy jeans and sizes that do not match the wearer’s size.

In this way, the designers spoke about the social reality and issues surrounding them.

Today, fashion is a form of media that raises world issues, it draws attention to specific solutions, showing the power of its huge influence on the masses.

It’s worth mentioning that in the last few years, Armenian designers are working quite actively, they sell competently, they reflect the mentality of the society.

We are conservative when it comes to clothing, though people are not always molded by their mentality or their steps. Satisfying the demands formed by that mentality, designers create free clothing, with which it’s possible to participate not only in daily routine life, but in protests and marches as well.

T-shirts and hats with different themes have been trending in Armenia for a few years now.

However, at a certain point, they took on a new, decisive responsibility to convey the ideology, position and perseverance of a massive portion of society.

The revolution didn’t propagate to wear t-shirts and hats, rather the words and intentions were materialized. The freedom that people preferred was reflected in clothing.

Clothing became a tool in the hands of the youth.

The Prime Minister’s wife’s white shirt was like a clean sheet of paper on the days of the revolution. Being a mother of four, she was positioned beside the youth, those who had already written their first word.

Going back, let me say that the boom of shirts was mainly conditioned by world fashion, when designer homes, joining various movements (mainly feminist), began to raise issues.

People would express their position with shirts. The same was true during our revolution.

A person, who wore the “dukhov” hat and shirt, helped the movement, even while being in a bus in remote part of the city, without speaking or taking any revolutionary action.

The transitional period in Armenia has not ended, both ideologically and politically, as well as in the fashion field. There is no equalization of clothes, the function of an east-west intersection is still preserved with us.

Different levels of fashion are next to each other. For example, the image of generously made-up femininity and a strong personality with deep self-consciousness.

They seem to adapt to living in the same physical space without interfering with each other.

Revolution can bring freedom to both clothing and politics.

However, I personally find that dress-code is an important aesthetic issue, and shouldn’t be ignored. Regardless, the beginning has already been settled, Nikol Pashinyan, in not shaving until the revolution was an expression of his attitude towards the events.

Now the Prime Minister has the same image, and it’s good that he didn’t change his image, since the issues have not yet been solved, this is the establishment of trust between the society and the Prime Minister. It does not get in the way of his official clothing. It is well thought out, and subconsciously influences people.

For any government, the ability to communicate with the people and international community is interesting.

I think that now is a great time to look at things from this point of view. After all, the revolution showcased its effectiveness.