Soap Operas from India to Armenia 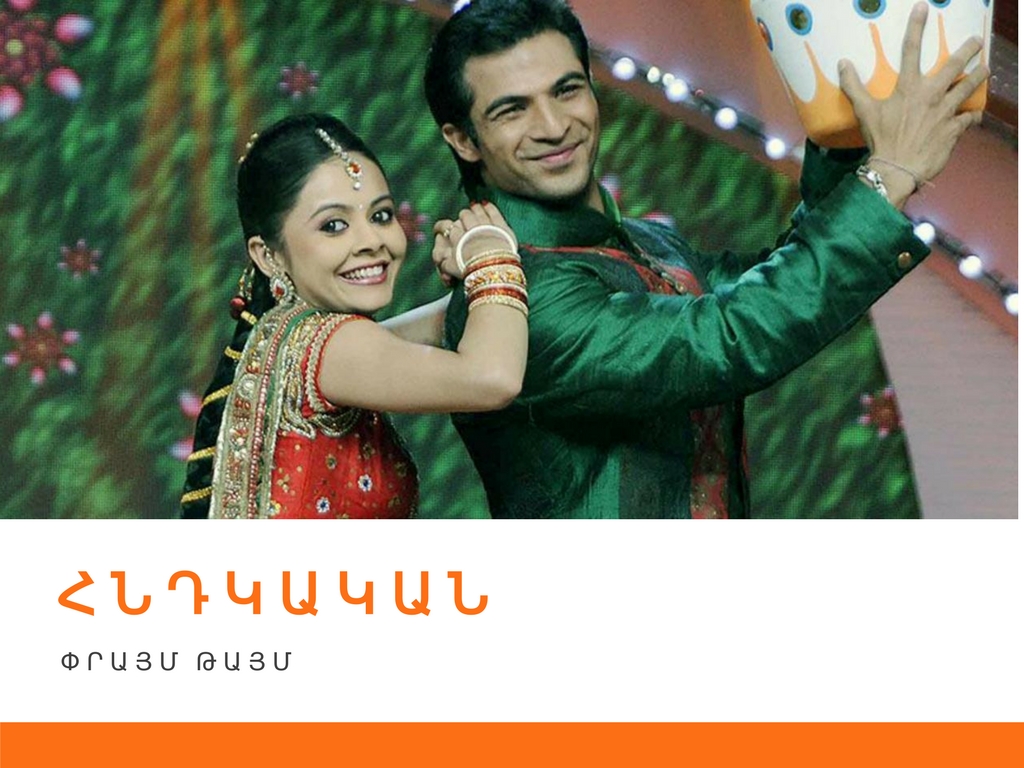 In Indian culture, it’s customary to say that when a woman marries, she marries her husband and his family. A new bride’s relations with other family members, especially her mother-in-law, become crucial and essential for “survival.” Indian soap operas on screen two decades ago mainly focused on the relationship between a bride and her mother-in-law. These TV soap operas were targeted: the issue was topical; the problem and the distress, relatable. The soap opera immediately captured the hearts of TV viewers.

These soap operas are watched by all members of the family. Moreover, viewers begin to see certain scenes from their personal lives in the soap opera itself, begin to identify and establish a certain connection between their lives and the characters in the show. Thus, every evening viewers rush home at the same time so as not to miss and to sum up their day with their cherished soap opera.

India is one of those countries that, inspired by Miguel Sabido’s experience and the success of Mexican soap operas, created its own product. Furthermore, that product later began to conquer other consumer markets. Many began to be screened in Central and South Asia, the Middle East, and North Africa.

In India, television to-date remains the most accessible and available means of entertainment. And though a number of experts believe that most of the soap operas are retro, contain various scenes of gender-based violence, are cut-off from real life, and are overwhelming and tasteless, for countries like India family soap operas continue to have an incredibly large viewership.

Some of the Indian soap operas today attempt to keep the old soap operas’ legacy, and, for example, depict some social problem or another in a small rural environment. Also included are universal themes: love, hate, adultery.

Being a less costly and also an accessible product, as well as comprising common elements of romance and human relationships (woman-man, woman–mother-in-law, woman-society), expectations and experiences, Indian soap operas capture the consumer market of other countries, including Armenia’s.

Beginning in September–October 2016, five Indian production soap operas appeared, one after the other, on Armenian television. At this point, the Indian soap operas have much higher viewer ratings than any Armenian production soap operas. According to Admosphere Armenia, the show with the highest ratings in Armenia is Uttaran (Discarded), followed by Udaan (Flight), and Iss Pyaar Ko Kya Naam Doon? (What Shall This Love Be Named?).

The plots of these soap operas are so complicated and multilayered that even if they carry a social message (for example, sex-selective abortion, contact between the upper and lower classes, child or underage marriage), in the case of depicting tense personal relations, the message is lost, becoming unnoticeable and incomprehensible.

For example, Uttaran depicts the fate of two people of different social classes, the possible love and struggle between two different classes, as well as the division of good and evil. But the plot is so abstruse that in the midst of 1,549 episodes, you often forget about the message and the “discarded.” Veer likes Icha, Icha likes Veer, but liking Veer is also Icha’s friend Tapu, who deceitfully marries Veer. In the meantime, Icha marries Veer’s brother, Vanchu, a drug user whom Icha selflessly tries to help, which who dies sometime later. Despite the unfair treatment she’s received, Icha continues to love everyone: her late husband; her former lover Veer; Veer’s wife, her friend Tapu; and Tapu’s and her late husband’s entire family in general.

Such stories playing on universal and human emotions and peppered with these feelings lay the foundation for high viewership. Furthermore, viewers who see and find certain commonalities between themselves and the soap opera and empathize with the character may become vulnerable.

The other group of viewers themselves are “voiceless”: instead of making their voices heard in real life, they adopt passive behavior. Their voices may be swallowed up by the dramatic screening of the soap opera.

While the violence, threats, and psychological manipulations amidst all that begin to be viewed as the norm — but now in the viewer’s real life.

Captivating TV viewers is the coincidence of certain similar experiences between their and the character’s (or several characters’) lives: love and romantic relationships, betrayal, forgiveness, and so on. These small experiences contribute to creating “intimate relationships” between the soap opera and its viewers.

Viewers see people like them in soap operas (but on the other side of the screen), share the characters’ thoughts and suffering, desires and expectations. Moreover, they always know more about the main character than the other characters, thereby considering themselves closer to that character.

In between the scenes of violence and threats, viewers manage to dream of a slice of love and affection, which the character receives each time after being abused and humiliated.

Moreover, the constant and immediate feedback with actors increases with TV viewers’ connection with the soap opera and the fate of its characters. These soap operas every day at the same time enter every viewer’s home and family, creating both a connection and a dependence. It becomes a means for TV viewers to sum up or “kill” their day. And, nevertheless, even among such colorful Indian saris and music, in terms of violence and verbosity, the soap operas are dull and pale compared to the Armenian ones. But this is a completely different story.

Despite the superficial treatment of a number of social problems, the Indian soap operas aired on Armenian television continue to be based on patriarchal stereotypes. Though these shows don’t oblige it, they suggest and demonstrate what is “real and correct” or acceptable women’s behavior, and how womanhood, family life, and relationships should be.

In the soap operas, unmarried girls sit and wait for their fate, while those who are already married or widowed obediently care for all the members of the family. Whereas those female characters who are physically attractive and active are mainly punished for their “immoral” desires and behavior.

The positive female characters in soap operas are exclusively “voiceless” homemakers who find and preserve their happiness within the home. Even in the most oppressive situations, when the husband is a drug user or an alcoholic, or abusive toward his wife, the wife is encouraged to continue to remain silent, take care, tolerate, and moreover, remain happy inside the walls of the home.

What is worrying is the simultaneous airing of such a particularly large number of soap operas. Their large number, airing on prime time, added to the no less abundance of Armenian soap operas, keeps TV viewers cut off from a number of important, real, and local social problems. It remains for us to consider and ask: a coincidence or a particular policy?