“Corrupted officials, by seeing carefully matched and verified materials, are being cautious” 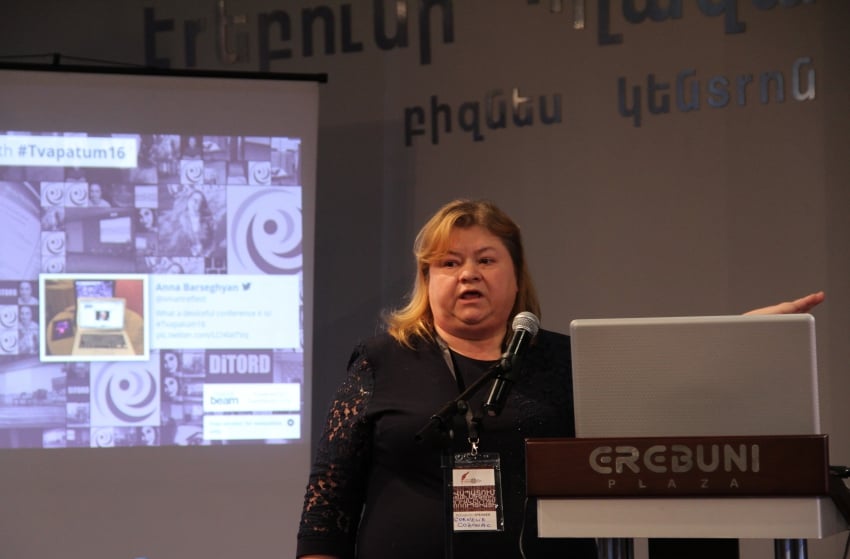 During the “Tvapatum Investigation: Media Against Corruption” conference, president of Moldova’s Center for Investigative Journalism, Cornelia Cozonac, presented the practice of investigative journalism in Moldova.

Moldova’s Center for Investigative Journalism recently conducted a big investigation of how the “kickbacks” (откат) of the state expenses appear in the budgets of political parties and are used for campaigns. We identified the money circulation schemes. For example, we found out how people who make donations later receive benefits or positions.

When our center does high-profile investigations, some media outlets republish it. And the rest, to the contrary, begin to praise and “whiten” the article’s heroes. As a result, an unbalanced situation is established.

But when there is a chain reaction, some officials come up with statements and urge the prosecution to join the investigation. The problem is that the prosecution opens the case, and after some time, closes it. No court case related to corruption in Moldova has ever been resolved.

Of course, our center has many problems. There are many court cases filed against our journalists. While we have never lost a case, in any case it is work that is lengthy and costly, years on end you go to the court hearings, pay a lawyer, etc.

The only way to protect yourself from pressure is factual journalism. We do not publish materials until we clearly check the information and find the requested documents. That somewhat guarantees our protection. Investigations are not quick work, patience is required in order to avoid risks.

Corrupted officials are not very intelligent. But by seeing the carefully matched and verified materials, they are being cautious. And when they see that published materials have shortcomings, they can immediately use that against the journalists. The journalist that publishes unverified information is always vulnerable.

International foundations help journalists a lot. For example, thanks to our resources, we have established a network of regional journalists. Journalists from the regions expose cases of corruption, but they do not have experience, they do not know how to verify the facts, to work with sources and documents. We are accustomed to working together.

Local-level investigations are very effective. We are convinced, that local investigations have a great influence. Even greater than large-scale investigations, which reveal serious corruption schemes. People are much more interested by cases and individuals that have a direct impact on their own lives.

Even more so, people have learned to do investigations themselves. For example, to keep track of how their village or city handles spending. In other words, people have begun to more actively and fearlessly report and investigate corruption cases.

On our website we have placed an interactive map, where the polling stations are marked. And we receive a lot of news from our audience about the behavior of candidates, violations. Especially since the recent elections were won by a pro-Russian president, who carried out quite a “dirty” campaign.

We conduct joint investigations with our neighbors Ukraine and Romania as well. The most lengthy one was a Ukrainian-Moldovan investigation about the circulation of drugs and price manipulations. A large amount of the drugs imported to Moldova were produced in Donbas, where the situation is not controlled and the quality of the medication is questionable.

A few years ago pro-European parties were able to access power, but very quickly turned into corrupted unions.

Before 2009 we had independent TV channels and open discussion platforms, and now our entire 10-12 channels are owned by one oligarch and work in such a way that is beneficial to the owner. In television there are no laws, the channels are fined and continue to work exactly as they want. And internet and satellite broadcasters do not have a large audience, and besides that, they are often blocked.

It can be said that in Moldova journalists are free to conduct any investigation they want. The issue is that the information will not be transparent or open.