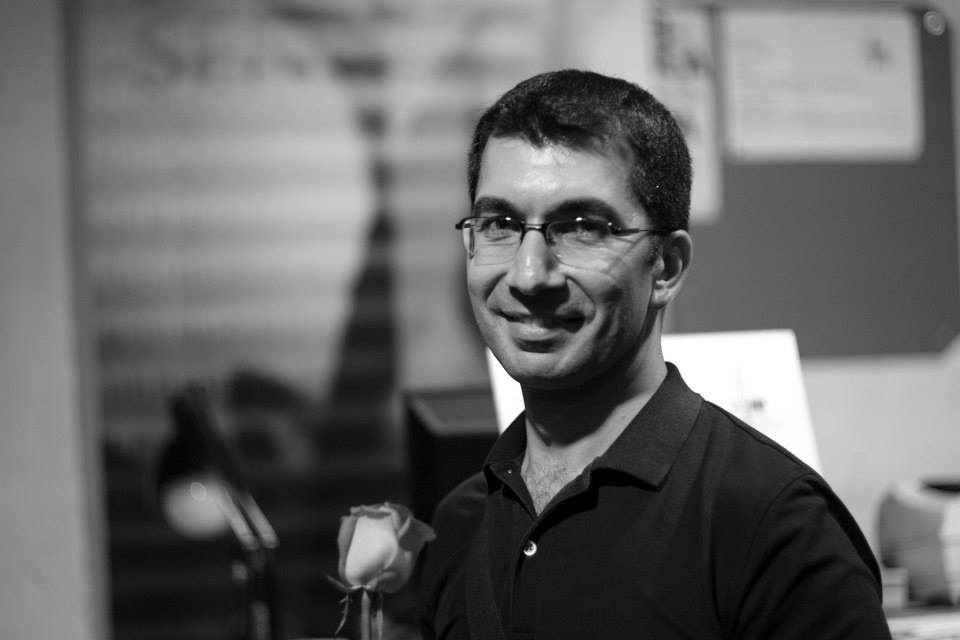 In this century we are all on social media, have social media accounts, and whether we like it or not, live in a torrent of news. Frankly, in the last two years, I’ve felt that this deluge not only affects us psychologically, but also wears out our physical health, making us tired and taking our energy.

It seems as though online news has become a large spider that has its nurturers and its consumers. That spider has nothing to do with real life and lives according to its own, different rules.

The dependency on social media and the news transmitted every second is already reaching absurd levels. Attempts are made to turn news into sensation at any price: to exaggerate stupidity, and not notice the really important thing at all.

Ultimately, news tends to cover real life or emphasize what’s important in reality. But our torrent of news today, it seems, is a completely different thing flowing on its own course.

Maybe being a theater director is very “dangerous,” since I see all the subtleties and tricks in constructing the news: how the machine to create an information opportunity begins to work, with what mechanisms news is staged and disseminated. That is, if you’re a little informed, you’ll definitely find the source of a news story.

The news is staged, in the proper sense of the word. And the topic doesn’t matter: politics, economics, or culture. The job of making the news is often done primitively, but sometimes it’s staged by a pretty good “director,” whose work can be so delicate and of good quality that we all swallow the bait he offers.

News with staged subjects really are intolerable. I recently came across an investigation on how actors are hired and with their help stage the news on refugees. The actors play reality, and it’s all presented as real life: with special editing tricks and emotional language. And many people, seeing this news, can’t even understand that they’re watching a performance — much like the film Wag the Dog, where the real and the fictional change places.

The news is staged, in the proper sense of the word. Actors play reality, and the audience, seeing or reading this news, can’t even understand that its watching a performance

But in Armenia, for the most part this is done very incompetently and looks like patchwork (you see how one quote has been stuck to another, why this thought in particular was emphasized, and why one other viewpoint is not mentioned).

Have you noticed how, say, some very minor news suddenly gets the attention of all the media outlets, which adopt the same wording, the same emphasis, without any new perspective or additional details? That just can’t be in reality: the same words and the same background can’t originate from nothing and at the same time for all journalists without exception.

Media outlets provide the news with great theatrical pathos. I think, it’s the result of imitation. Tune in to any Russian TV channel and you’ll come across a pathos with unbearable bad tonality (which can even be called “Russian journalism school”). Many of our [Armenian] media outlets imitate this style of news delivery, since they don’t have as much taste, brains, and honesty to go down another path.

Unfortunately, we imitate a lot — and mainly the bad things.

There’s the impression that that is our reality. Media performances aren’t without purpose — they’re done to direct the audience.

I’m also sure that often that’s directed not from one supposed center or that media outlets are told how to work, but just that to many people it seems this is right. Say, journalists can think they’re doing something good, and even get pleased at the thought.

It seems every newly recruited journalist that sits down to write feels like Napoleon at that moment. And when Napoleon wakes up in his brain, the journalist tries to string together and edit the words and scenes in such a way to feel proud of his work and tell himself, now I will tour the world.

This situation is closer to the theatre of the absurd…

To tell the truth, I don’t notice social media dependency in our theater studio kids. It can be said that that’s my clear demand. There are many more appealing and valuable things to do in life than reading minor news and surfing online for hours. I say this without excessive modesty: when I look at our kids who’ve already graduated from the studio and are busy with different things, I become proud. Each one of them has their own inner world, their interests, their value system. They don’t fit the general flow of average children. And I am only happy…