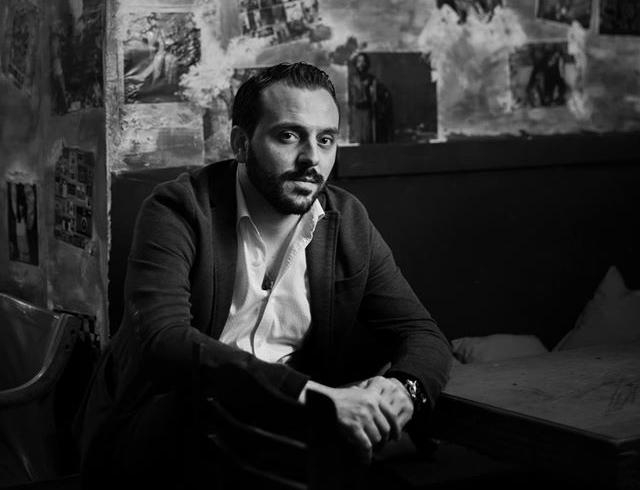 It is my, perhaps somewhat idealistic, romantic belief that good literature can change the world.

Reality can become better, and we, more humane, if literature occupies a bigger part of our lives.

In my opinion, media outlets, in particular, have an important role to play in popularizing literature. But I see that they don’t have a great desire to do this.

Something has to be very resonant, be connected to political, social issues, correspond to that media outlet’s orientation and demands (or there have to be personal contacts) for especially contemporary authors to be represented in the media.

Media outlets and journalists, because they don’t know the industry, believe we don’t have writers today, which is very surprising, if we take into account the amount of books by contemporary authors being published now. How is it that we recognize contemporary singers, but we don’t know our writers?

Of course we have a TV station (Shoghakat TV) and programs (First Channel, Yerkir Media) with a cultural bent, which put a strong emphasis on writing and literature, always offering proper coverage.

There are also websites (Armenpress, Mediamax) that touch upon books and authors, present the week’s best-sellers, but it would be better if literature appeared in the newsfeed, in news broadcasts, next to political, social issues, so it would be more accessible to people.

People’s eyes need to be habituated to books and literature — not car accidents, disasters, and crimes.

We have specialized journalists who present literature and culture very well both on television and in online media, but they’re few in number. We need more journalists who are prepared and cover cultural events, who won’t treat a literary event as just another press conference — often reporting on it with mistakes, not distinguishing writers from literary critics.

I am deeply convinced that a literary event shouldn’t be just another news story because it creates spiritual value, educates people, makes an environment healthy.

Journalists too have to read a lot so they can shape taste and speech, and be able to choose headlines, write good pieces, and make analyses — we need that. Here [in Armenia], cultural analysis is merely a piece written against the culture minister or deputy minister — based on gossip and without studying the issue.

Those deciding a media outlet’s policies must have a clear approach not only to present what the broad segments of society want (scandals and meaningless news), but also to educate intellectual people, spread values. The public doesn’t always know what it needs.

People’s need to be habituated to books and literature — not car accidents, disasters, and crimes.

It would be good if editors realized that writing about literature doesn’t mean doing publicists or writers a favor. It means doing people and the public a favor, because those books create and disseminate values, promote morality, and the development of spiritual and intellectual value systems; that is, they promote the development of a robust and intellectual society.