“Disseminating news is based on interests, but availing of news also proceeds from interests” 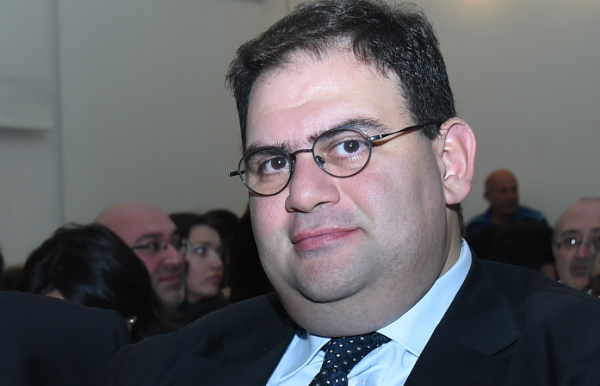 Regarding the coverage of relations with Turkey by Armenia’s media, I can say that the thinking is gradually moving toward an awareness of national interest.

This is a positive shift, since one of the biggest issues in the reality of the Armenian world is that we find it difficult to identify a single direction of our interests and goals.

All the parts of the Armenian world usually consider their views and interests to be the primary. But that makes us quite problematic, even vulnerable.

If both the Armenia and diaspora press places the state interest of the Republic of Armenia at the center of its work, it will be able to work much more purposefully.

There’s also a negative aspect to the news stories about Turkey published by Armenia’s news outlets.

There are very powerful news levers in Turkey whose publications (on very different topics) increasingly elicit a greater reaction in the newsfeed of news outlets in Armenia.

But news outlets in Armenia, unfortunately, cannot distinguish and separate news from propaganda. Also a problem is the attitude toward the information or original source.

For instance, a Turkish news outlet can disseminate a very unimportant, marginal news story that might lead to an uproar in Armenia; while sometimes a news outlet with great weight might publish a serious analysis, but it is overlooked in Armenia [i.e. not picked up by the media in Armenia].

It seems to me that over time, also this diversity must become clear. News outlets in Armenia gradually must ambitiously and successfully sift through the information coming from Turkey.

Of course, understandably, disseminating news is always based on interests, but availing of news also proceeds from interests. Without distorting and falsifying, one can advance his own perception of the same information.

All media groups around the world have their interests: this is an important fact that can be neither ignored nor underestimated. Everything happens with interests in mind.

But apart from these “interests,” the media has professional approaches, means, and ethics to pursue its interests. And if the interest fits within those boundaries it doesn’t hurt the readers.

Every news outlet publishes its work based on the demands of its audience. We believe that Armenian-language news outlets in Turkey contribute to completely and comprehensively shaping the perceptions of both the Armenian community and the broader Turkish public.

We can severely criticize the media landscape in Armenia, but we shouldn’t ignored the progress made during these 20–25 years, especially since news outlets in Armenia, on the road to development, work with very modest means. Terribly modest.

And, in honor of the efforts of the Armenian journalism community, they try to develop their area, their professional occupation, to shape collective public thought.

Zhamanak is the Armenian diaspora’s only independent newspaper that since the first years of Armenia’s independence had its own representative in Armenia. But now we don’t need to follow up-to-the-minute news and keep a correspondent. We satisfy our readers’ interest with other material.

We more so want news from Armenia to make people shine, so that Armenians have a good understanding of Armenia’s reality and opportunities — and so they can correctly position themselves when determining their next steps.