Armenian Genocide and the Media 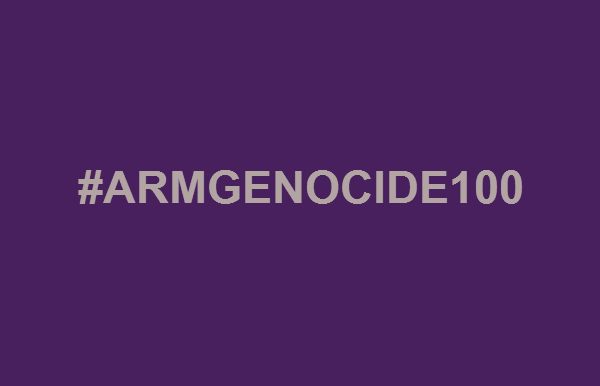 The Armenian Genocide in International Media

The topic of the Armenian Genocide was in the front pages of global media from day one, and when writing or talking about the genocide, this enables us to contend that we don’t need to prove anything — we simply show that which the world wrote about us at the end of the 19th century… and continues to write today. 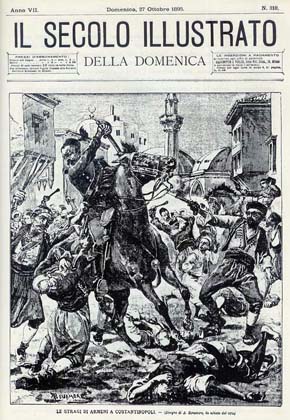 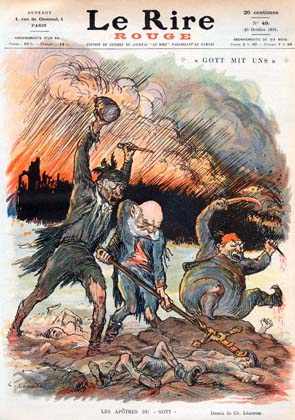 Prints (engravings) and cartoons made the history visible and, prior to the widespread use of photography, became a source of information.

When speaking about foreign newspapers, we mainly cite The New York Times (between1915–1918, the paper often covered the oppression and rights abuses of and violence against Armenians), but these topics were discussed globally, even in remote provincial newspapers.

For example, nearly all small US newspapers reported on the Armenians and the repression happening in Muslim countries. 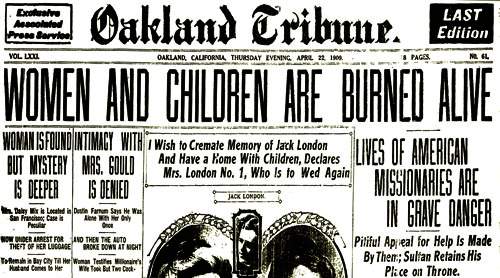 The Armenian provincial press (the Constantinople newspapers less so) also contains an enormous amount of research material, as the Armenian press experienced rapid growth at the start of the 20th century.

During WWI, newspapers became tools of propaganda. European countries also printed and sent to the front millions of pamphlets, which depicted the historical episodes.

Those pamphlets, it can be said, assumed the role of the internet today, since they were distributed to soldiers, who wrote letters and sent them home, as a result of which they were made available to the masses and circulated around the world. It was also a time when caricature and [political] cartoons flourished.

Then photography emerged, as documentary evidence. The newspaper Armyanski Vestnik, printed in Tiflis (modern-day Tbilisi), played a huge role, which began to collect and print photos of the genocide. And many of these today are the most famous photos of the genocide. Military photojournalists also made a huge contribution, and the legacy they left is still not examined in its entirety.

The newspapers became a source summarizing the memoirs and opinions of witnesses. For example, Morgenthau began to print his memoirs in a newspaper, later turning them into a book.

Certain periods of Armenian Genocide coverage in the global media can be identified: The active coverage phase ended in the 1920s, the sharp decline in coverage occurring solely due to geopolitical reasons (after the war, there were reforms, new states were created).

The topic was again circulated in the 1940s, when the massacres of the Jews began, and people were trying to find connections and precedents in history. The next revival was in the 1960s.

Now it can be said that the Armenian Genocide has a steady presence in the international media — at least 10 serious articles are published annually in reputable newspapers. In many cases, this happens due to personal initiative. Naturally, there will be many more articles this year.

How to Write About the Armenian Genocide?

First of all, we need to specify and divide the audience, since different emphases need to be made for Armenian versus foreign audiences. In many cases, we mix the recipients, which is why we don’t reach the desirable result. Let us agree that the world today is no longer terrified of victims and corpses, since the media now is awash with such images by the gigabytes.

And in those cases when text written for an Armenian audience is automatically translated and published into other languages, the effect, as a rule, is zero.

The topic of the Armenian Genocide has a huge educational role for an Armenian audience, as it helps us to visualize and understand our homeland, the true picture of which we often don’t know.

Moreover, we picture our homeland without any people, which is why we need to remind, familiarize, and present to ourselves the customs, culture, and everyday life of our ancestors, and the appearance and rhythm of their cities.

I would recommend we search for new stories about Western Armenian life. To remind ourselves about those who studied, became educated, built, and struggled. Let us not forget that in the Ottoman Empire, there was a modern, civilized Armenian society, and we are its descendants. 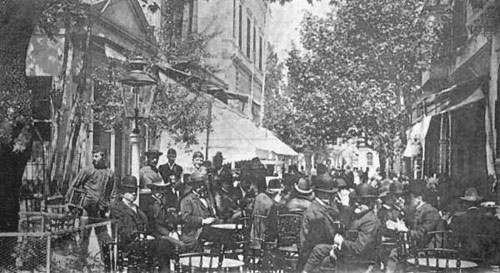 And let us also not forget the unique fact in world history that a nation which experienced genocide was able to create a state in only a few short years (in 1918). The massacres continued in Western Armenia, but the nation rebuilt a state. It’s difficult to imagine a more inspiring fact.

The Defense of Van

At the start of the century, there were already extreme conditions, but how come the public wasn’t prepared for them? Until we find the answers, we can’t impose the same of the rest of the world. Let us also remember that anyone has the potential to kill, which is sometimes aroused in the task of “saving the nation”.

Evil is gradually turned into everyday routine, and often it’s hard to grasp the transition, but it always needs to be analyzed.

There is always the demand to get information out to a foreign audience. We don’t have a lot of resources, and we all have to talk and write about it — and on all platforms. No one’s going to do this for us. Especially since social networking sites allow us asymmetric actions.

For example, Clara Barton, the founder of the American Red Cross who is worshipped in the US, came to Istanbul when she was 80, to help the Armenian children. Though her, bridges between the US Embassy in Armenia and the Armenian Genocide were forged.

People were killed, property was seized, a civilization was destroyed, and the thieves and murderers have yet to be punished, while the accomplices have not been called to account. A case was opened, a trial took place, the guilty were determined, but the case isn’t closed. It remains open.

We shouldn’t ask to remember the genocide. We should demand that different bodies pursue the goal of bringing the crime to its logical conclusion. 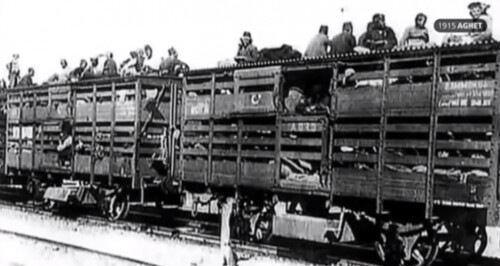