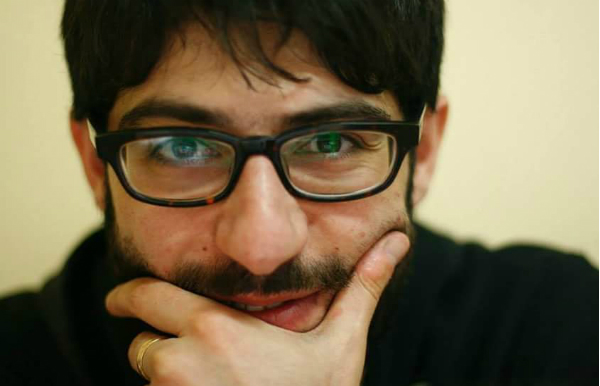 Sports photojournalism is one of those unique areas of Armenian journalism where everyone knows everyone.

The number of photojournalists covering the Armenian Premier League — which fluctuates between 3 and 4 (and often there is absolutely no one) — is reason for all to understand in a blink of an eye: was this moment photographed? Or did it remain captured by the naked eye but not by the camera?

Roughly speaking, among photojournalists is not healthy competition but friendly cooperation, an exchange of experience, when working alongside the only member of the older generation (Hakob Berberyan) are the industry’s young people. This too is a subject for an article; however, in this case, there is a different issue… 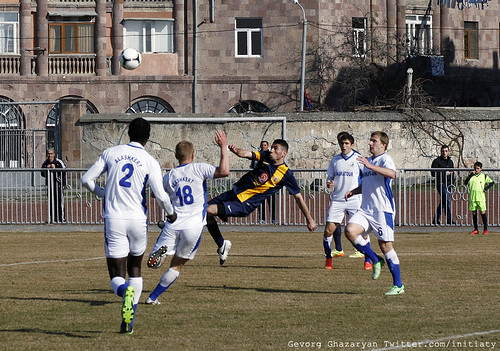 A goal in the Alashkert-Pyunik match in the 17th round of the Armenian Premier League obliged some well-known sports publications of the international media to mention, albeit briefly, about the Armenian championship. Zaven Badoyan’s scissor-kick sole victory goal kept the attention of many for one or two days on Armenia’s domestic league.

Only one of the four photo cameras operating on the sidelines of the field more or less captured the goal moments before it happened.

The photo which I shot was intended exclusively for my Facebook page, as well as for use by the website Sports.am. 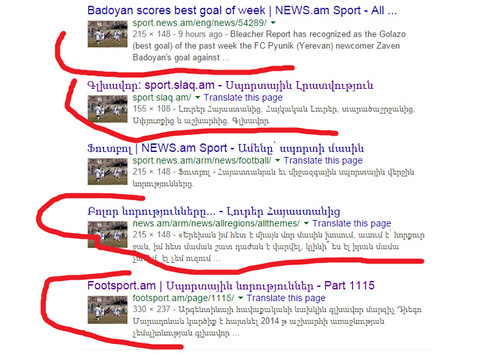 A day later, when the most well-known championships to Third World countries’ football tournaments ended, Zaven Badoyan’s goal in Alashkert’s net did not go unnoticed by international publications that round up the best goals of the week. From among the most reputable such publications, we can single out La Gazzetta dello Sport, Bleacher Report, 101 Great Goals, and so on.

Of course, this became a news story also for the Armenian media, which rushed to mention that a goal in an Armenian championship was seen and commended in Italy, the UK, and the US.

The aforementioned picture served as the image accompanying these articles, which no one, not even verbally, had been given the right to use. Those that used the photo were Sport.News.am, Sport.Slaq.am, and Footsport.am. 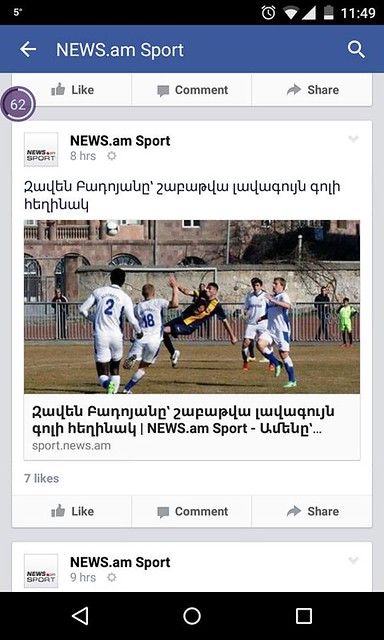 By the way, the first of these turned the image into an ad, cropping the bottom portion of the photo with the credit, which I always include for images on my Facebook page.

Why do I say an ad? Because the photo was attached to the news story shared on the aforementioned news site’s official Facebook page, but on the website the article was accompanied by a stock photo.