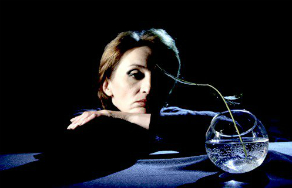 In this century of ours, “newspapers are trying hard to induce the public to judge a sculptor, for instance, never by his statues but by the way he treats his wife; a painter by the amount of his income and a poet by the colour of his necktie.” I want to begin my piece with these words by Oscar Wilde.

Once upon a time, editors and journalists dreamed of working without censorship, and in that sense, today there is, indeed, freedom — in fact, to the point of licentiousness, unrestraint. Of course, if I were to choose, I would choose today. Both electronic and print media are full of important and unimportant, interesting and absurd information. But even to understand the majority of articles that interest you, your logic reaches an impasse, trying to guess what it means. What did our “esteemed” news outlets want to tell us?

An even milder variant, you understand but are stunned by the journalist’s absolute ignorance. What does it mean, a vehicle with this-and-this license plate number ran over so-and-so? What type of language is this? Are there automatic vehicles without drivers moving about in our city? Well then say, we were the world’s first in this area too…

Today I read that 46-year-old Pakistan citizen Aladdin hit his Armenian woman [sic] wife in a restaurant. Wow, is there such a thing as an Armenian woman man? [“Armenian woman” in this example is a single word, an adjective; in this case, the feminine adjective was used to describe wife, which is redundant.]

That’s not even the worst of it: the culture pages are outrageous. They endlessly praise some untalented “star,” without stating what’s praiseworthy — her performance, the work, or her sponsor?

Or they write: “The performance was boring; people were leaving.” No analysis whatsoever — it was boring and that’s it. You want to say, oh what a misinterpretation; you don’t even know your own mother tongue, how can you know what is theater, music, painting, cinema or literature?

Oh, but how great are the writers of fashion, diets, international stars, or the usefulness, right-ness or wrong-ness of sex. You read these pieces and think, who let you out of the pound?

I don’t even want to talk about the political news; it’s obvious that journalists in this domain are of a higher calibre — of course, I don’t mean ethically, but rather that their education is at a higher level.

Of course there are the good ones, but they are so few in number. Even recently, many journalists and bloggers have begun to use traditional spelling, which for me is especially welcoming.  And they at least know the difference between correctly and incorrectly spelled words…

Considering our educational system today, I am very much aware of how difficult it is to procure educated staff: they have a degree but no knowledge. But, my dears, have respect for us — no, for yourself — and instead of having a few half-educated, meaningless correspondents, you can have one educated editor for the entire editorial team.

Otherwise, every time after reading another tomfool piece, you want to say, [Vladimir] Zhirinovsky was right when he said, “I love those journalists who are like John Reed: he published his work, died and was buried.”