“To Become Famous It’s Enough to Appear on Television” 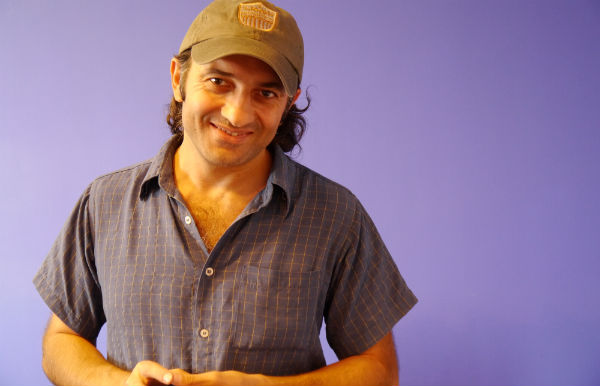 Our media arena is highly politicized — newspapers and websites are completely awash with political news. Even those whom you expect to talk about art, music, or, say, science find themselves in the center of media attention only when expressing their opinion of or commenting on political news. It pains me, but this is how it is.

When politics enters television, culture, cinema, theatre, or visual arts, it loses its flavor, since the political arena always brings with it dirt, and that dirt absolutely sticks to everything.

When, say, you want to read or watch cultural news, to become informed of subjects that concern you, whether you like it or not you always come across political explanations and you enter politics.

It’s as if politics, like a powerful whirlpool, brings and collects all information in one center — and always the same center. Artists too inadvertently are sucked into that vortex and leaving their actual work begin to become engaged in politics.

As much as possible, I try to stay away from politics and avoid saying “high-sounding” words about our age-old culture and other lofty things. I accept, as well, that perhaps for this reason I am not as recognized in Armenia as in other countries. But being recognized is not an end in itself — there are more interesting pursuits. For example: quietly and humbly doing the work that you love.

Now, to become recognized it’s enough to appear on television. Now many actors not only act in soap operas, but also host TV programs or participate in entertainment shows. Anyone who regularly appears on television is immediately marketing himself. But, to tell the truth, this type of PR has a particular characteristic: it’s not attractive.

I think, television waters down subjects and ideas, while theatre does the opposite — condenses them. I myself have always tried to make the message of my performances more dense — put another way, to create on stage the footnotes to the footnote, to get the most condensed theatrical “essential oil.”

Recently, I was in Norway, where I had gone on tour with my “Melody of Silence” monologue. This poetic performance began with me since 1992 — it’s as if it’s convincing me that it can still live.

Pantomime, being a 19th century art, is already dying in Europe. It’s more so a type of retro art; that is, a well-forgotten antiquity, which may become a novelty due to its condensed poetic and spontaneous nature.

The main source of information for me (as well as for my friends and relatives) is the Internet, where information is sifted through and to some extent arranged. News from newspapers and TV programs, and generally all news can be found online.

It’s important, as well, through whom you get information. Social networking sites, in that sense, assume the role of a sieve, since you’re able to get not information dictated by state agencies, but news from specific and in some sense clean sources. Clean in this case are people whom you trust and whose selection is important for you. I think, any media outlet understands quite well that without social networks, it can’t have an audience.

When I try to somehow describe present life in Armenia, I immediately recall Pos Theatre, the building of which was sold and the theatre itself left to neglect and fade. It’s as if that theatre, which at one time was one of the most interesting and original small theatres, is like a diasporan Armenian living in his own country. People have lost their genuine homeland and now live in their native lands as a diasporan. Many of us live like this.

School: No. 141 High School
Education: Yerevan State Institute of Theatre and Fine Arts
Favorite film: I don’t name favorites because my list would be quite long
Favorite actor: One of the world’s best artists is Frunzik Mkrtchyan
Favorite sport: In some sense, pantomime is also a sport, but it’s important that this type of art doesn’t have a problem of setting records; it sets records by awakening emotions
Favorite expression: “I love to love” — at the end of the day, the basis for our existence is love