‘Art is the Best Media Technology’ 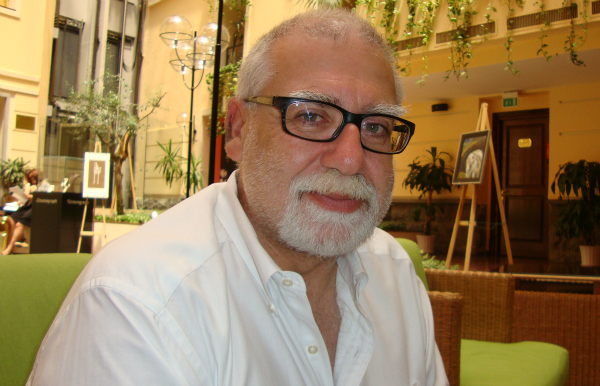 It’s wrong to compare Armenian-American TV stations and those in Armenia because many of the Armenian channels operating in the US collaborate with those in Armenia, broadcasting programs produced by the latter. Of course, the biggest market is in Glendale, CA, and Armenian channels also make use of Glendale’s largest cable companies. Added to these are the satellite channels, and also smaller, local channels in Southern California.

All the Armenian channels are business projects except for Horizon TV, which, not being commercial, tries to serve the Armenian-American community. For example, till now Horizon TV (where I was the general manager from 2007–2012) is the only station that has a news section and its own correspondents and has never broadcast soap operas. The other stations produce programs based on local business or they broadcast soap operas and programs produced in Armenia. And it seems they’re not too concerned about the quality of the programming.

Let’s talk frankly: soap operas are the most watched, and this is regrettable. Of course US residents who have lived in Armenia know that the reality is not at all like soap operas, and Armenia today is not only comprised of soap opera characters. But the rest (those not from Armenia) develop an image of Armenia with the help of these soap operas, which create a bad image of the country since viewers assume that everything in Armenia is very bad if those portrayed in soap operas live there.

But the misfortune is in that everyone watches soap operas — both Western and Eastern Armenians. Perhaps such programming is justified from a commercial perspective, but it’s destructive in terms of the image of Armenians.

I’ve always had the habit of following Armenia-based news media, and now that there’s Facebook, life has become more interesting, since the social network creates a media digest, guiding and even forcing us to read something or another. Of course, that’s a very scary thought. Generally, internet freedom is akin to a two-edged sword — on one hand, there’s complete freedom to express yourself, but at the same time, there’s a greater risk of harm. Freedom, after all, is also subjecting yourself to control and taking logical steps.

Personally, I am very terrified of illogical people — even more so than people with guns. You can understand even a person without wits, but one without logic — no. But sometimes knowledgeable and intelligent people say such illogical things that it just amazes you…

Now that I’m on longer the manager of Horizon TV, I’ll be in Armenia and Artsakh more often. We’re going to implement a large conceptual art project in Shushi from Oct. 1–14. Called “Land and Technology,” it will be held within the framework of the Shushi Art Project.

“Land and Technology” is an independent art initiative whereby modern art representatives from Armenia and the diaspora (painters, photographers, filmmakers, sculptors, and art critics) for two weeks in Shushi will offer master and exhibit classes to children and develop films. Within the framework of documentary filmmaker Suzanne Khardalian’s master class, for example, Shushi’s young residents will shoot a film.

For years Shushi was a major cultural and educational center, and we really want to rejuvenate the city, so that people come, be present, support artists, and feel as though they’re in the center. After all, when you yourself become a participant of creative work, you evaluate art differently. I think, art festivals are the best media technologies. Art has something to convey to man — as well as the land, which has its own unique philosophy.

I’m happy to say that there are already two large galleries in Shushi, the old museum is being repaired and equipped, and different platforms for exhibiting work are opening. During the days of our festival we’re planning also to have outdoor concerts, during which mainly heard will be [the famous Armenian composer] Komitas. The most interesting thing for me will be seeing what new things will be born as a result of the convergence of art and Shushi residents, the land and technologies.

School: Lebanon’s Seminary-College, then Los Angeles’ Ferrahian Armenian High School
Education: California State University, Northridge
Favorite book: Unfortunately, I can’t remember the title of the book, but when I need to be inspired, I read the Dalai Lama’s memoirs
Favorite film: old Italian romantic films, especially Cinema Paradiso and Il Postino
Favorite sport: For many years, I was the university football team’s goalkeeper; I played basketball; I love sports in general
Favorite expression: half jokingly, half seriously, “Look what we achieved from where we came,” or shorter and more to the point, “Hey, world”