How Does a Professional, Impartial Publication Differ From One That is Biased? 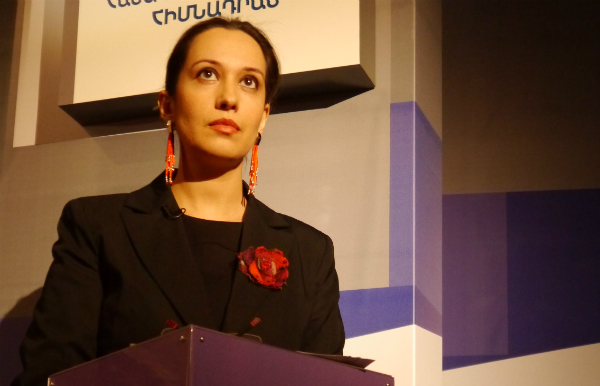 In general, I prefer reading over writing but an editorial piece in local daily Aravot has forced me to write on this issue which I am concerned about and which deserves to be voiced publicly, outside of discussions among Facebook friends.

In 2009, I accepted a position at the Eurasia Partnership Foundation and, based on my official duties, I went from being a basic media consumer to a program manager in this industry, participating and organizing several courses for journalists over the years. Since the program I coordinate, to a great extent, is aimed at settling Armenian-Azerbaijani relations, lessening inaccurate and biased information in the media, and reducing stereotypical thinking, fortunately, journalistic ethics and standards were at the basis of all our courses.

And it is from the viewpoint of a “professional reader” who reads text with a critical eye that I want to address Aravot’s editorial published on Mar. 27, 2012. From the start let me say that I have nothing to say about the main arguments raised in the editorial. An editorial is that type of article where the editor is free to express his contentious and equivocal opinion and point of view.

I’m talking about something else — an approach that violates ethical norms, insults an entire group of people and is not subject to objections, which was applied in this editorial. In particular, on the topic of Heritage Party leader Raffi Hovannisian withdrawing his candidacy in the no. 7 single-mandate constituency for the upcoming parliamentary election, the Aravot editorial reads: “Can you imagine if he didn’t withdraw [his candidacy], what the Armenian National Congressers would do with him? In accordance with their cultural level and familial upbringing, the descriptions ‘sellout,’ ‘dhole’ and an ‘abhorrence’ would seem quite mild.”

My issue lies in this. Keeping my eye on the news media industry, I have long come to the conclusion that a solid mass of Armenian newspapers could easily be published “in rolls and without text.” But there are those, Aravot being among them, which, among expert and professional circles I am familiar with, are considered pioneers in journalistic ethics and professionalism.

Now, if any of the aforementioned papers made such statements in their editorials, I think, it would be neither surprising nor vexing: everyone has long become accustomed to the style and content of those publications. But in the case of Aravot, it begs the question: How does one who speaks of ethics and familial upbringing so easily subject to collective accountability a group of diverse and various people (the text doesn’t refer to “a group of Armenian National Congressers” or “a certain group”; it refers to “Armenian National Congressers” in the most absolute sense)? How does one who calls thousands of people “having no upbringing” and “having no education” differ from those describing another as a “sellout,” “dhole” or an “abhorrence”? In this case, how is the Aravot editorial different from an editorial on Golos Armenii (Voice of Armenia)?

Perhaps the answer lies simply in that Golos Armenii doesn’t call itself an unbiased news outlet, and this is more fair.

Original published on the blog “Light in August“.

Updated 12:35 pm (local time), Mar. 30: The statement “a solid mass of Armenian newspapers could easily be published ‘in rolls and without text'” modified to reflect a better translation from the original.