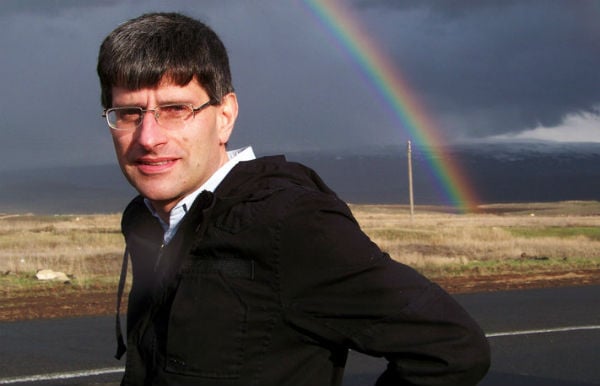 Late Sunday night, while watching football, I read about an emergency accident on the news ticker. Immediately I began flipping through all the channels: there was no information to be found on any of them.

It was odd that on Monday morning all the TV stations were comfortably engaged with their banal humor and their morning drink-with-tea-or-coffee talk shows. Those news programs which were airing at the time were broadcasting last week’s news. It seemed as if nothing had happened in Armenia, though it was obvious that if the information was displayed on a news ticker during a football match, it means news agencies couldn’t have been unaware of it.

There was constantly news about the landslide that struck Armenia on Oct. 2 on the Russian news site Vesti, then there were some scenes on Shant TV, but there were only good morning’s on our TV stations. You might’ve thought that the Russian TV company needed this news more than we did.

That which goes for news on television turned its attention to the landslide only through information procured from the Internet — I’m sure, not through footage they shot and very short: simply to say that there was a landslide and there are missing persons.

The only TV station that delivered information, working intelligently and efficiently, was Shant TV. It was broadcasting live from the Ministry of Emergency Situations and on site, showing how the rescue work was being coordinated.

Shant TV was the only one that took this unexpected test. The rest were all sleeping, or couldn’t be bothered: it was Sunday, it was nightfall, they were resting, by the time they awoke… It was also bizarre because until then Shant TV had never worked so efficiently. It’s true, all previous emergency situations had political elements to them, but in this case it seems there was nothing political, and that’s why this TV station began to work and moved ahead in ratings from the rest.

This and the following day, those regional TV stations (broadcasting outside the capital) which were actively working in the landslide area garnered large audiences, particularly thanks to the Internet. Different websites, which had never before heard of these TV stations, were reposting video footage from Fortuna or Tavush TV.

In such cases, issues of ethics and professionalism also arise. In one of the evening programs, a reporter had gone and stood on a piece of halved asphalt all the while saying what a dangerous place she was standing on… Also in this sense, Shant TV was reporting more professionally — their reporters were speaking not of themselves but of what was happening in the landslide area.

During the week, the other news agencies naturally couldn’t not address the emergency situation, primarily by posting regional TV stations’ video footage that was uploaded on the Internet. But when the emergency situation coincided with French President Nicolas Sarkozy’s visit to Armenia, the landslide issue was pushed to the background.

Particularly interesting were the analytical pieces published on Sunday, where Sarkozy’s visit was again the most important news.

In professional terms, the TV stations couldn’t have not understood that the landslide was more of an exceptional event than Sarkozy’s visit, but nearly all the channels were covering the presidents’ meeting as the most important news of the day. This was a regular president’s regular visit, even if it was France. While there were five people missing at the very least — how could this have been considered secondary?

And you, as an ordinary consumer, understand that if you suddenly find yourself buried in earth, they won’t even be interested in you — if you’re out of luck and some president happens to come for a visit at that time. The lives of 5–10 people, it seems, is not such an important matter…

How can you not recall last year’s incident in Chile, when for months, even in the international press, the 33 miners trapped underground was a constant topic. When that country’s news agencies and high-ranking authorities lived every day by news from the disaster area.

It was again only Shant TV in the Sunday analytical news, which considered the most important event the landslide. But it was unable to withstand temptation and in its broadcast included self-promotional material that had very distant ties with the landslide. It was similar to those announcement-advertisements that you see on other TV channels: “We have the best reporters, the best equipment — we are unbiased and professional.” In this case, that was true, but they should have also been humble and leave the assessment up to the viewer, who had already evaluated the work they’d done by giving them a high rating.

Not only that, there was the impression that Shant TV had taken upon themselves the task of defending the Ministry of Emergency Situations — in every sense they wanted to convince viewers that not only they but also the ministry was working very well.

In truth, the landslide showed that the ministry wasn’t prepared for this sort of incident specifically. And news agencies weren’t prepared to cover an emergency event.

Educated as a merchandising expert, but media producer by trade

School: No. 161 secondary school in Yerevan

Favorite music: the sounds of nature