What Do You Take Me For, A Fool? A News Consumer Responds 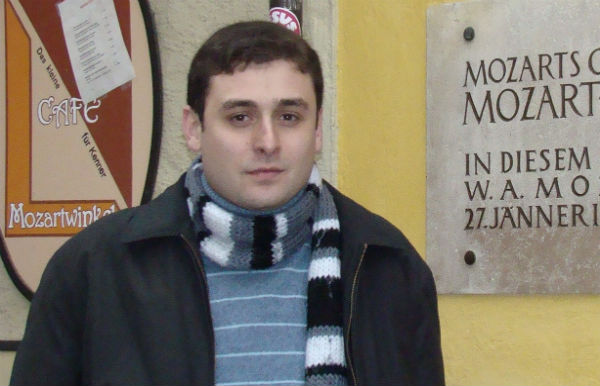 Man is a manageable being; he can very easily be guided. And news outlets have great significance in guiding, which can take a positive or negative form.

Recently it became in vogue that when you open a website, you read which car collided with which car on what street. I don’t understand: what’s the point of this? And by the way, these news stories are among the list of most read articles. If there are any injured or dead, the piece will be read by everyone for a week. Why do you write this? What’s the point? What are they trying to say with this? If they were famous people, it’s understandable, but regular people, who could’ve died in their home from a heart attack or a number of other things, died from a car accident: why do they put that news story in the top news category? It’s not enough that they put it there, it’s actually read. And that’s what’s surprising.

It’s no secret that (Armenian) news agencies are mainly politicized, but state news outlets are simply ridiculous. I myself not being one who lives by or is interested in politics, went to the opposition rally on Mar. 1 this year. Not because (Armenian National Congress leader) Levon Ter-Petrossian make me swoon, but simply whoever were to organize an event on Mar. 1, I would’ve felt obligated to participate — as a citizen, as a human being. I went, I saw that there were a great number of people; they said 50,000. Let it not have been 50,00; let it have been 40,000 or even 30,000, it’s not important, but people had really turned up. And at the very least it’s insulting when you turn on H1 (Public Television) and in the evening news you hear about a demonstration in Tunisia in which 15,000 people participated. So you saw, filmed and show the 15,000–strong Tunisia demonstration, but the rally in your country which at the very least was a few times greater (in number), you don’t address?

There is subjectivity, I accept that, and the politicized media, naturally, has to be subjective, but there are limits. A news outlet has to be honest; that is, not to put one in the position of a fool; to respect the readers, the viewers.

And the same in the opposition press. You flip open an opposition paper to see what negative things there are because you won’t find anything good or anything positive there. If you want the expression on your face to change, for your neighbors not to know that your business is doing well, open the A1+ website: five minutes later, your face will become distorted. Despite this, I read A1+ because the Tunisian demonstrations don’t interest me: I want to see what’s going on in our country.

Today you can’t choose a newspaper, TV channel or website which will completely satisfy the need for information. But there’s something positive in this: you work your ability to analyze since you don’t believe what they say or write; you consider information from different news outlets on the same event to more or less get a complete picture.

I would advise serious news outlets to pay attention to bloggers. Someone, who has a completely different line of work (nothing to do with news outlets), maintains a blog that has more readers than the news outlet because he knows how to deliver.

Apart from news outlets, Facebook is also a source of information for me. For example, I can see the photo of Samvel Aleksanyan in red pants and only then find out that there was a fire at Parvana restaurant in Yerevan. Facebook is interesting for me also because under some minor statement there can be more than a hundred interesting comments. You judge from the comments what type of people the commentators are, and you’re very happy when you see how many “normal-thinking” people there are in this city.

I feel sorry for the journalists (who sell out): you see that they’re quite understanding and intelligent people and you hope that what they do, they don’t do gladly. There are so many people in our country who do that which is not pleasant for them, including those in our sector. Sometimes you take certain actions that you don’t want to but you’re forced to because your state has made you this way.

Journalists are financially dependent, and all this is the result of financial dependence, as well as lack of morals for journalists. Finally, the one who commissions is not to blame. But the intellectual — and a journalist is definitely an intellectual — in her essence must be in opposition if she has no personal gain or is not part of some system of another. She must have internal opposition; it’s something else entirely if she accommodates in some matters.

Oncologist-gynecologist, foreign relations coordinator at the National Oncological Center, expert at the intellectual game “What? Where? When?”

School: No. 19 named after Nikol Aghbalyan