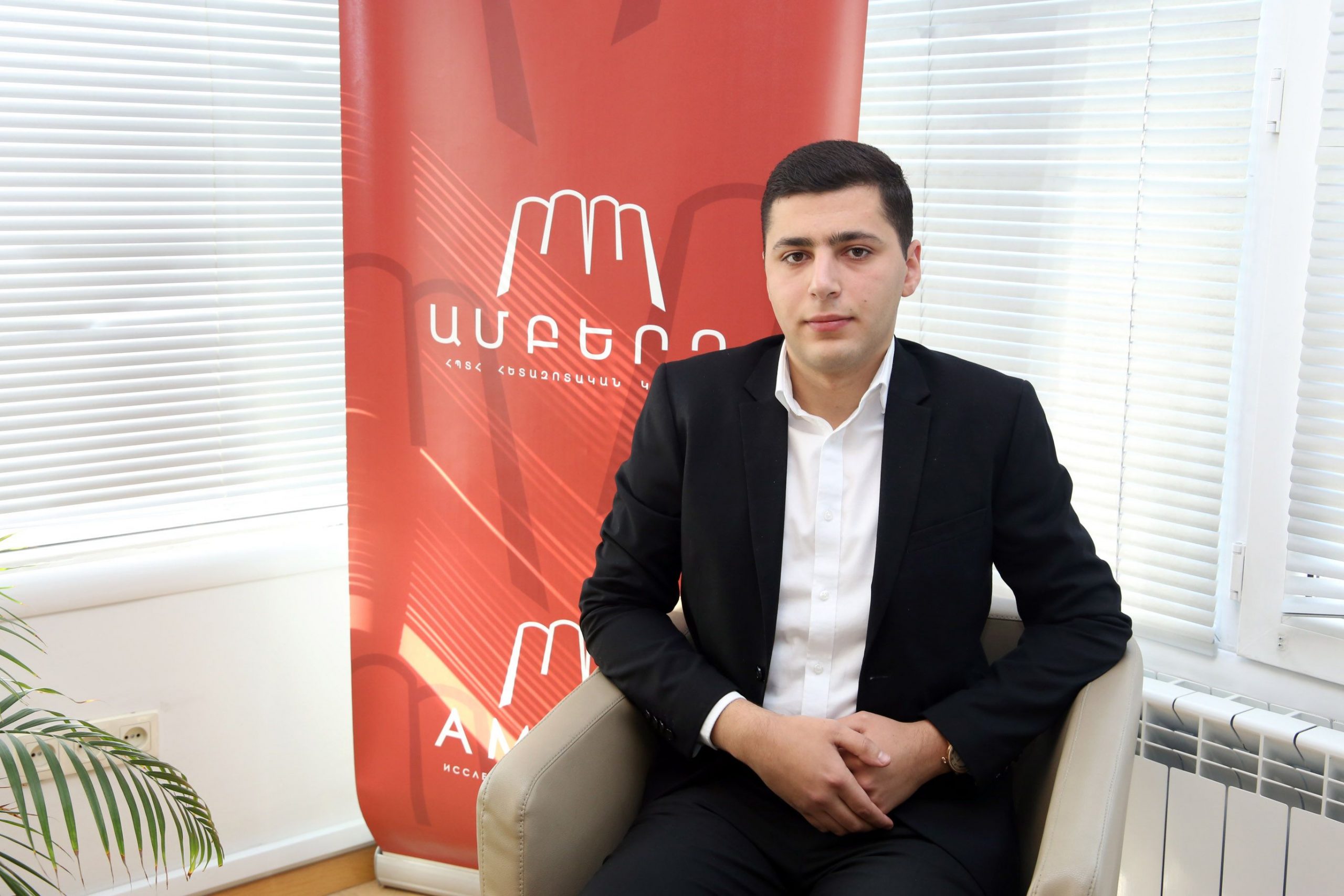 Narek Karapetyan, an economist and an expert at the Amberd Research Center of ASEU, is trying to make economic processes more understandable for the public with the help of analytical reviews, as well as the media, and to bring the economic discourse into the field of facts and data.

According to the economist, unbiased professional opinion is especially important in times of instability, so government bodies, think tanks and the journalistic community should work together to prevent an information vacuum.

The economy is not an easy topic for the media, journalists are not very interested. Why is that the case?

If we do not count the dramatically increasing degree of coverage within the framework of major economic events, it is not difficult to notice that the economy remains a secondary topic in the media.

I think that the problem here is not only the willingness and desire of journalists but also the interest in economic topics in public circles.

I would explain this by two factors.

Let me start with a more private factor. in developed countries, where one can see a high public demand for economic topics and well-established institutional systems (a good example is the specialized American Bloomberg and CNBC, the English Reuters agencies), the main wave of interest comes from the activity of a large number of people in the capital markets.

In the USA, many people not only allocate their free savings in the stock market by their choice but also often manage their own pension funds independently.

Therefore, these people are “forced” to follow what is happening in the economy, such as economic forecasts, what fiscal and monetary policies are implemented, which sectors of the economy are growing faster, etc., so that they can make decisions.

In Armenia, for well-known reasons, a very limited number of people are active in the capital markets, and our pension funds are managed for us by two pension managers.

Consequently, from this point of view, the demand for economic news and analysis does not go beyond the scope of only a small number of specialists.

On the other hand, there is also a more global reason. It seems that people are interested in news that is political more than economic, although the latter has a more direct impact on their quality of life.

This is already a matter of public thinking, which can be caused by various factors, for example, the inertia of living in a planned economy and connecting everything with political decision-makers, the lack of sufficient knowledge about economic processes, and manipulations of a political purpose often found in the statements of commentators of economic developments, etc.

What problems do you notice in journalistic materials related to the choice of topics, structure, depth, and presentation?

Now we have journalists who do quality work, “keep their finger on the economic pulse” and cover important topics on a daily basis.

I think the problem lies more in the depth.

In countries with great traditions of economic journalism, there are journalists who are able to influence public opinion, and whose words are heard by economic policymakers as well.

Along these lines, for example, it would be desirable to see more in-depth analysis columns, articles, etc. In other words, an approach with a longer-term perspective.

Now the devaluation of the dollar is a much-discussed topic in the public. How would you assess whether the media is sufficiently interested in this topic, and whether the situation is explained to people so that they make informed decisions?

It is especially important in such situations that people have reliable sources of information.

Exchange rate changes, inflation, and other such processes directly affect people’s quality of life, and it is important for people to imagine the reasons for these changes so that a sense of chaos does not arise.

However, it is not only economic journalism that is responsible.

Perhaps, in such matters, the role of an independent expert, as it is customary to say, the role of “brain” centers, which in our reality is still in the formative stage, is more important.

The state bodies, think tanks, and the journalistic community are the connections that should work harmoniously to prevent the creation of an information vacuum, which is in the interests of the entire society.

The exchange rate is a convenient topic for media manipulation. Have you encountered such cases, what were they?

I have noticed that when talking about the exchange rate on public platforms, a certain caution has taken shape in our society, which is an important achievement.

I wouldn’t say manipulations, but, of course, there are cases of professionally unsubstantiated and absolute truth being presented on public platforms, but it seems that the journalistic community generally shows responsible behavior in this matter.

Can you explain what journalists should pay attention to when writing about the exchange rate?

First of all, when expressing a public opinion on the subject of the exchange rate, one should be aware of its responsibility and avoid conveying such messages that can guide the financial decisions of individuals and lead to losses.

For example, when the dram was temporarily devalued this year, in some comments this was presented as a manifestation of financial instability, and in addition, as an already completed phenomenon.

But the situation was neither the first nor the second. On the contrary, the exchange rate is stabilizing and is changed precisely to prevent such instability.

Then the dram began to appreciate, and the appreciation began to receive a similar interpretation.

In other words, regardless of which direction the exchange rate changes, it receives a negative assessment. The reasons for this can be guessed. About half of our society’s savings are in AMD, the other half is in foreign currency, and one part of society always loses from a change in one direction, while the other part gains.

Economic journalists and experts should be able to make it clear to the general public that exchange rate changes are a natural phenomenon, especially in the environment of instability around us, they will always happen, we just have to be ready for them.

What important economic topics are there that do not receive the attention of journalists? Can you also suggest their importance?

For example, it would be good if economic journalists paid more attention to the developments of Armenian capital markets.

For example, in the background of various developments in the last two years, very few people have noticed that the volume of corporate bonds circulating on our stock exchange has more than doubled, reaching 1 billion dollars, and the volume of government bonds has reached 2.5 billion dollars, the number of investment funds has approached 50. investment companies have reached 15, real sector issuers have increased, such as “Ucom” and “Zangezur copper-molybdenum combine” and others.

In other words, a fairly good momentum of the development of the capital market has been formed, which it is desirable that the broad sections of the society should be aware of.

Public awareness on the one hand will contribute to maintaining this momentum, on the other hand, it will introduce individuals to the investment opportunities available to them.

Of course, there is a lot to do. Let’s hope that we will have an economic news field that has reached such a level of institutionalization that these topics, which may be considered narrow at the moment, will also receive proper coverage.