The average listener doesn’t care if the podcast is an interview a or in a documentary-narrative format. 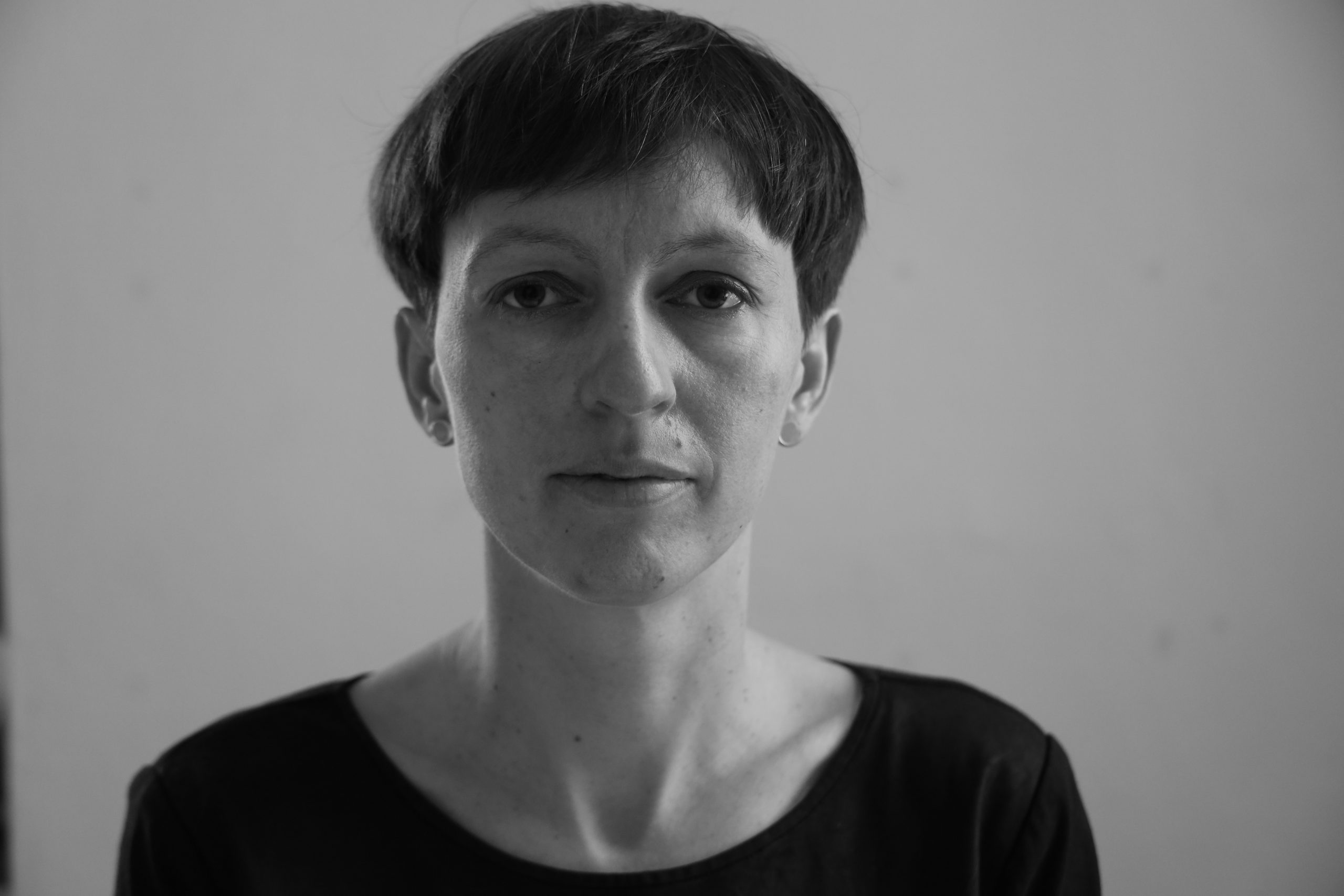 Brit Jensen is a Danish independent podcaster living and working in the Czech Republic. The creator of audio stories of the documentary and narrative genre collaborates with radios of the Czech Republic, Denmark, Australia, and England. Jensen also teaches at schools, universities, and festivals.

We started the conversation with Brit from her childhood, which played a big role and left a mark on her career. In one of the Danish villages, cut off from everything and far away, Brit was constantly listening to youth radio programs: They were mostly documentaries about teenagers, and their lives, mixed with a few reportages, which she liked very much. This is when her long-held dream of working in radio was born.

During her university years, she began to write ideas for radio programs that she wanted to record. She wrote about these programs to various radio channels, which never answered her back. The first response came years later in the Czech Republic, where Brit began interviewing artists. “These were very ordinary interviews; I was inexperienced and made every possible mistake in the beginning.”

“I found myself in this world and did not understand what and how I should do this or that thing. It seemed to me that I had to learn everything. It all happened very casually. At the same time, it was what I really wanted to do – record people,” said Jensen.

The podcaster worked for several years at the Czech National Radio as a documentary producer and left after having recorded a series of investigative podcasts. It turned out that the radio did not want to broadcast the episodes for political reasons. The series was therefore published separately from the radio, on the basis of which the creation of Jensen’s independent narrative, non-fiction podcasts began. 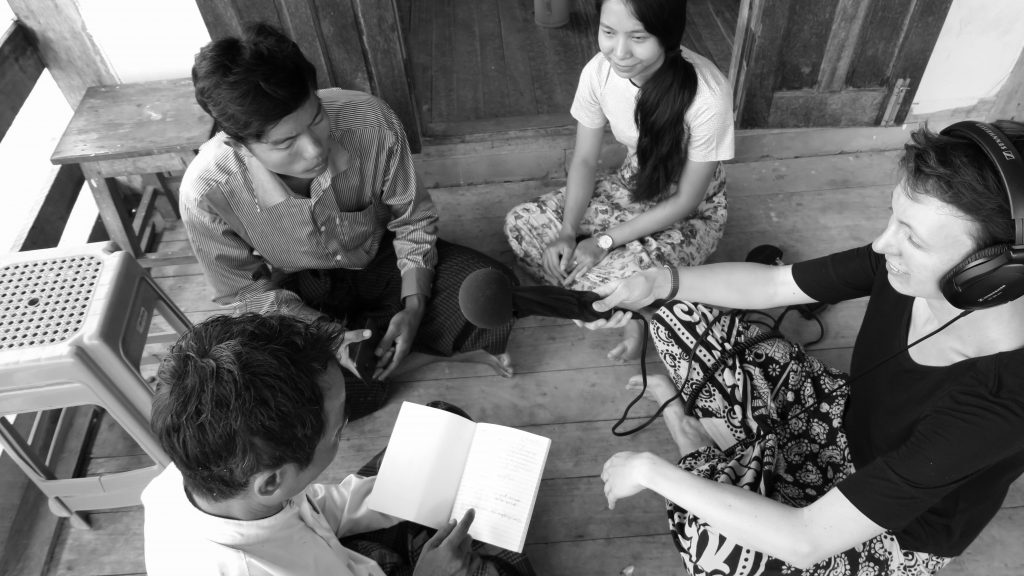 What topics do you mostly record about?

I mostly cover topics on things that have happened to me, either by accident or not. I often bump into someone or hear about some phenomenon.

Based on what I’ve already done in the past, there are certain topics that I tend to address more frequently. These include the current history of the Czech Republic, Czechoslovakia, and the “legacy” of the communist regime that is still very much shaping today’s society. The series of investigative pieces about the financial and legal systems. I also regularly prepare materials about women. I have referred to fear a lot because I’m a coward myself and this topic resonates with me a lot.

You can record many different things with lots of different people, but you are always looking for some kind of topic to which you are most attached.

How do you distinguish between radio and podcast programs? Are they completely different things?

For me, radio and podcasts are direct means of transmitting audio to listeners. Of course, they each have their own characteristics, and therefore it’s good to know which kind of channel (medium) I’m preparing my audio for, which is essential. Documentary or narrative audio is more for podcasts as if this is the format that the genre was waiting for. That’s why I think it’s easier to make a podcast than a radio show.

When people talk about podcasts, most of the time, they imagine an informal dialogue. Is it difficult to find an audience for a narrative or documentary podcast since most listeners are unfamiliar with this particular genre?

It is a little difficult, but I also think the hard part is to get people to turn it on for the first time. Many don’t even know this genre exists and they don’t know what to expect. They don’t know when to listen to it because it’s not part of their daily routine. Based on the experiences of different countries it takes time to achieve positive results, and when people discover its existence, they adapt quite easily. My impression is that the average listener doesn’t care if the podcast is an interview or in a documentary-narrative format. They just listen to what they like and what suits them. I think these narrative forms have potential, at least that’s what the numbers say. 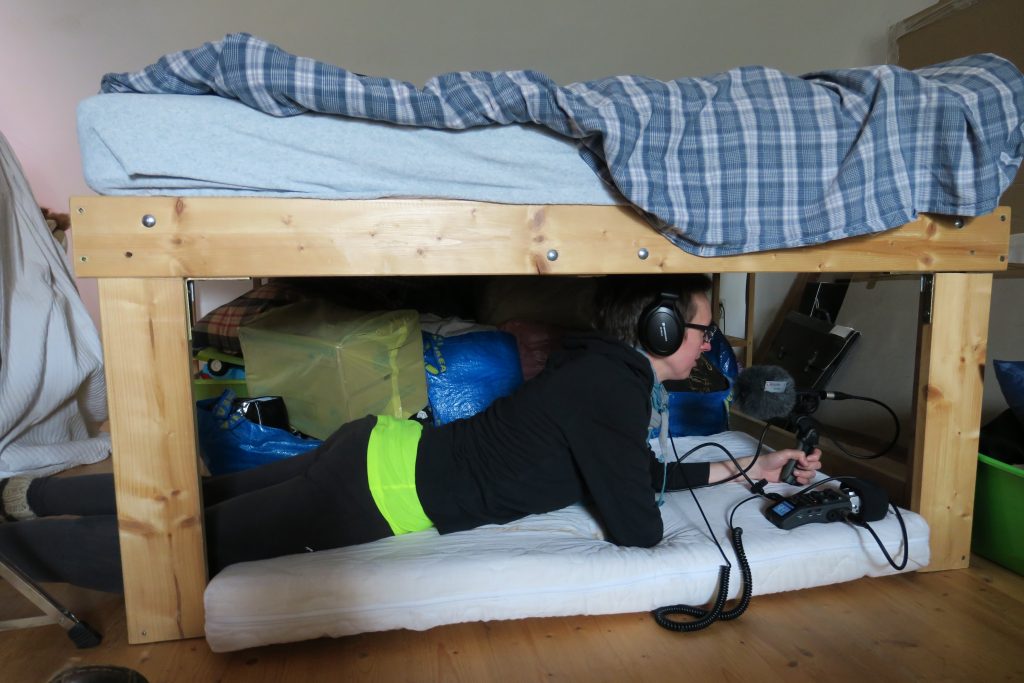 From the personal archive of Brit Jensen

Can you define what a documentary podcast is?

It is quite difficult to define what a documentary is in general, right? It’s always like slipping through your fingers. Usually, we describe it as “something we are trying to describe” or “engaged with reality but through the lens of an author.” There’s a discussion about where reality ends and fiction begins. You definitely don’t want to go there, because that’s where things become really complicated. I would say that an audio documentary is the same as a film documentary, which means they can be lots of different things, from people documenting their own lives, their troubles, in their own homes even, for example. It can have so many forms.

Usually, it is hard to make people talk in front of a camera when filming a documentary. Is it the same with audio as well? What is the biggest challenge in documentary podcasting?

This is what I like about audio. You don’t need a big team; you can do it on your own. As a result, you can build a lot of intimate situations, and a close and safe relationship with your interlocutor. I also like that people don’t show their faces but they have a chance to show their true inner face and they don’t need to “put on a performance” or focus on how they look, but just talk. Although many things get a lot easier when you are not recording a video, it’s still a challenge to gain people’s trust and to have them work with you, to understand what you both want, whether it’s a collaboration or not.

But the hardest part about documenting podcasting is finding funding. I do not think I can handle it because I do not have the means to acquire the appropriate knowledge. Moreover, I am often confused. The opportunities for this road are very small.

What are the main financial sources that are mostly, to some extent, open to supporting documentary podcasting?

In the Czech Republic, we try to apply to general funds that are supported by different civic societies. It was worse five years ago because back then nobody knew what a podcast was. It’s a whole new grass field that needs to grow and flourish. 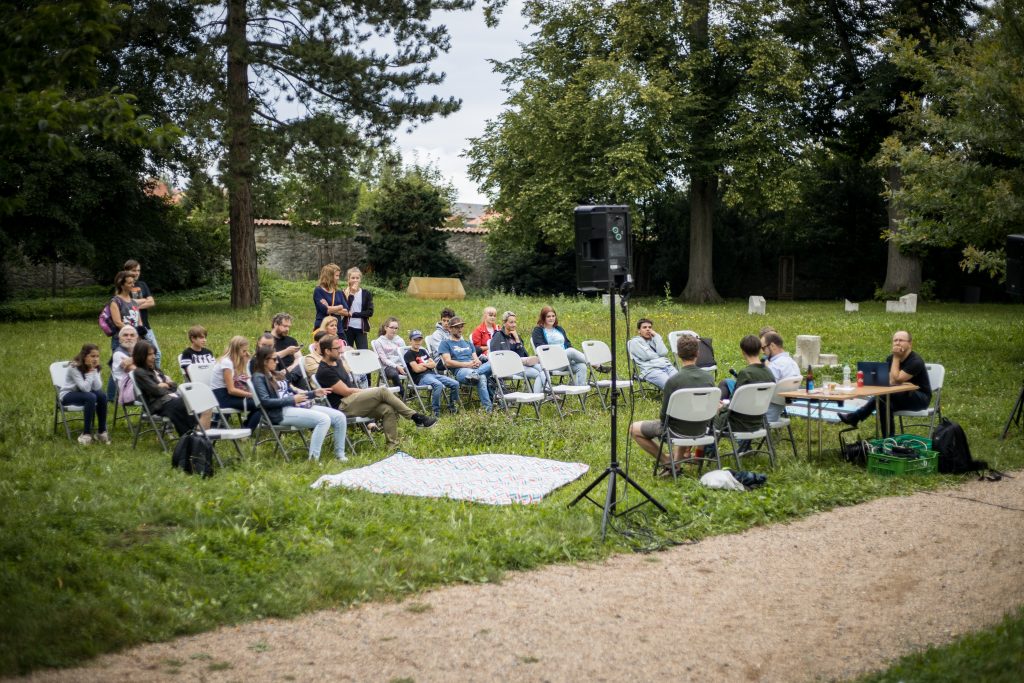 Do you have any advice for beginners who have just entered this field?

It’s very important to listen, and this is often overlooked. I notice content creators that are obviously not listening to anything. We are talking about the work of other podcasters. The more you listen, the more you will know.

It is also good and helpful to reach out and connect with people, which is something I did not do very well in the beginning. I think the world of audio is so small, and the people are such geeks (i.e. people who are obsessed with something) that they are generally very happy when someone comes to them. You can ask for good and practical advice, or ask someone to listen to your recording. This is a really good thing.

My third piece of advice is to never be afraid to make mistakes. It’s one long road of making mistakes all the time and it almost never ends.

Making mistakes is part of the process and we must remember that there is no way to do it right.