“The Public Multiplex Resource Can Be Used Much More Efficiently” 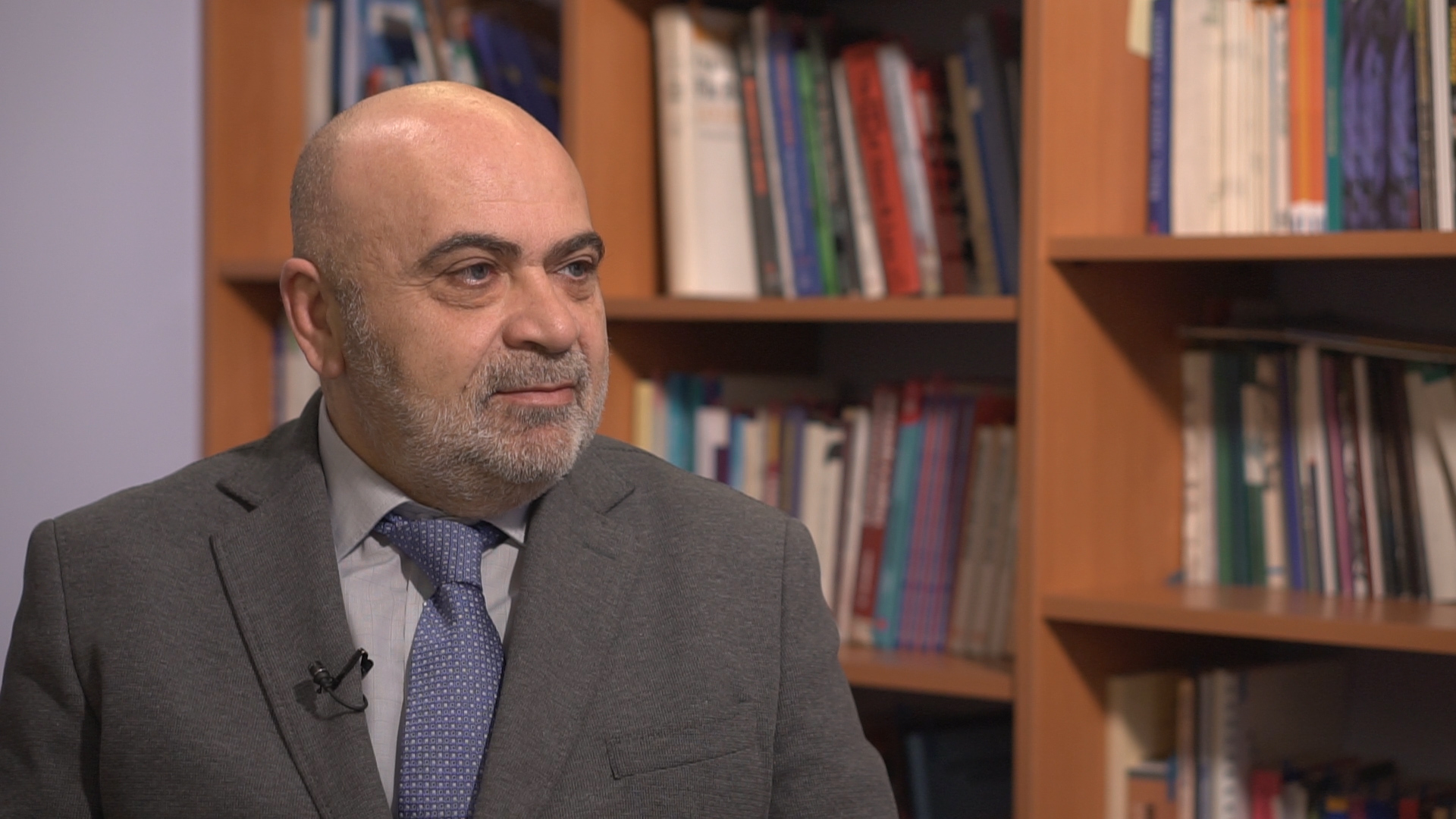 Because of the epidemic and the war, the advertising market was severely shaken. Many TV companies have had to reduce the number of programs, make staff cuts, as well as accumulate debts. Financial problems may be exacerbated by a bill banning gambling advertising.

According to the Television and Radio Commission, the TV and radio companies broadcasting in the public multiplex and FM domain can lose up to 15% of their advertising revenues under this law (for three years it amounted to about 900 million AMD a year).

TRC President Tigran Hakobyan proposes to postpone the ban on gambling advertising for licensed media for 2-3 years. But at the same time, to use the TV and radio field practically to fight against the destructive consequences of gambling.

He emphasizes that licensed TV and radio companies should be allies of the state, as by law they are obliged to provide 20% of their airtime to public content – educational, cultural, social, children’s, etc. The other media do not have such an obligation.

And the state can promote cooperation with broadcasters, including by state order.

Will the temporary suspension of the ban on gambling advertising be a solution?

At the very least, it will help find solutions, give the TV companies involved in the public multiplex time to look for and find new sources of income. Last year, they submitted a tender proposal with a seven-year development plan, which was also based on calculations of advertising revenue.

And a drastic change in the rules of the game will affect the planning and content of the channels.

Actually, gambling is very common and has a terrible effect.

Yes, but the fight against gambling is not effective only by banning advertising.

Advertising for gambling games is ubiquitous, and television is one of the weakest means of disseminating it.

The Internet, city posters and billboards, the subway are flooded with ads from bookmakers and with betting invitations.

The commission studied the experience of a number of countries, where large-scale and developed national programs against gambling operate with many components and participants. We have taken only one of those components.

I am sure that the resources of the public multiplex can be used much more effectively to organize a nationwide propaganda campaign against gambling. And not only through public service announcements, but also through soap operas and educational programs.

Advertising for gambling games is difficult to measure because, in addition to the advertisement itself, there is also a hidden advertisement – product placement. There were also commercial programs sponsored by gambling gaming companies. But that amount is very difficult for us to calculate.

In 2019, the total advertising of gambling games amounted to more than 1 billion AMD. There are five main advertisers: Adjarabet, Toto, Interloto, Vivaro (moreover, almost half of the circulating money belongs to Vivaro).

In other words, the share of the money received from gambling games has increased.

And if we take this amount out of the TV and radio market, we make it difficult for the broadcasters to fulfill their license obligations, we reduce the quality of content on the air.

It is very important to realize that the media and websites operating on the Internet do not have the obligations defined by the legislation to create useful content. And this is the reason why RFA offers to make an exception for licensed media.

And does the state have obligations or is everything a matter of self-regulation?

Different countries try to give privileges for the production and distribution of useful and quality programs. They can, for example, be exempt from the annual fee or reduce the amount paid for the broadcast signal.

There are also state funds that, through tenders, compensate TV companies operating in the multiplex for distributing quality content.

We do not have such tools.

Let me deviate a little from the topic and explain why I single out the public multiplex and insist that special attention should be paid to the broadcasters operating in that area.

You see, the purpose of creating public multiplexes all over the world was to satisfy the right of citizens to be informed.

And only the public multiplex is the platform where the information flows to the audience for free.

This implies that the public multiplex should unite the TV channels that provide information coverage of the state and public activities. And TV companies are well aware that by receiving a license to broadcast in the multiplex, they are obliged to serve the public interest.

Let me repeat, this is the concept of public multiplex activity.

And in our country, when the digital multiplex was created in 2010, that principle was not observed. Slots “devoted” themselves to the political forces that were part of the government or loyal to the government, to individuals who served the interests of the parties and the current government.

As a result, propaganda means are also collected in our only multiplex. It was a fundamental mistake, which is very difficult to correct.

I would also like to add that the reduction of advertising revenues, first of all, hits the TV channels that consider their activities to be business, the activities of the media are financed by the owners.

Is it possible that any TV company will be fined or deprived of airtime if it violates its patent obligations? Also ethical.

Any TV company that has won the multiplex slot through its tender offer, under the Law on Audiovisual Media adopted last year, assumes a number of obligations, which become an integral part of the license agreement.

The public multiplex is a limited resource, where there are already patent requirements and restrictions.

Now we are preparing the passport data of the TV companies, collecting their proposed obligations and the current editorial policy.

Simply put, what programs and the image they promised and what they did and are doing.

After all, we are not surprised that medicines have patent restrictions that reduce the risk to our health. But we forget that information can also be dangerous.

For example, how can a public multiplex TV channel provide airtime to people who talk about vaccine chips, the danger of 5G stations and other conspiracy theories?

In that case, we have the authority to temporarily suspend the broadcast until the TV company corrects its shortcomings.

But I think no one doubts that in that case the media, which does not fulfill its responsibilities at all, will make a big noise, talking about the violation of freedom of speech.