In the films of Israeli film director Nadav Lapid, anger and the search for identity are the thematic layers with which he has attracted the attention of the film world.

After the 2019 Berlin International Film Festival’s Golden Bear Award (for the film “Synonymes”), he became a famous and welcome guest at various festivals. His new films are eagerly awaited, as the nervous search for his characters is a valuable material, which is difficult to follow and at the same time a rewarding task.

This year Nadav Lapid was the honorary guest of the “Golden Apricot” International Film Festival. His film “Ahed’s Knee” opened the Yerevan film festival, becoming an occasion to think about how wars and the resulting propaganda and censorship affect the free creator.

“There are moments when you cannot control yourself, although you feel that you should not say what you want. But you say it … I filmed “Ahed’s Knee” in such a state and felt it with my body. This is a very personal film as if I was naked and talking to the monsters inside of me, “said Nadav Lapid, who won a special award at this year’s Cannes Film Festival.

The film is based on a true story about Palestinian Ahed Tamimi, whose house is attacked by Israeli soldiers, and Ahed slaps one of the soldiers. And those shots appear on the Internet. As a result, Ahed is arrested, and a real hysteria begins in the media, as the Knesset member writes on Twitter that it is necessary not only to throw the girl in prison but also to shoot her in the knee so that she will never be able to walk again.

Ahed and her knee become the starting point that shakes Israeli society.

Including Nadav Lapid, for whom the call to shoot the knee is an occasion to build a story about what it means to be a citizen of a country whose policy is to climb mountains or go to the desert and shout about helplessness. But you know that it is your country, in your skin and in your mind, even if you are not physically in that country. Nadav Lapid himself moved to France (after serving in the Israeli army), but in his words, being far away, he feels a greater connection with Israel.

And like the hero of “Synonyms,” he knows that wherever he goes, he is doomed to look for synonyms: words, meanings, environment, identity, homeland.

It is interesting that “Ahed’s Knee” does not connect the idea of the homeland with the idea of land. The film is an endless, unattractive, energy-consuming desert, scorching heat and resistance. The director especially eliminates the romantic perception of the land, does not try to beautify and poetize it. He looks at the man in the desert.

Meeting with the Armenian audience, Nadav Lapid said that he always tries to start his films with a view of the sky. And it is better for the sky to be as empty and clear as possible, without clouds and even without context, which will come later.

“That’s how you come to the beginning. When we watch movies in the cinema, we seem to be protected from the chaos, pain and horror of life, because there is a distance between us and the screen. And I try not to protect the viewer, to return to the beginning, to the Lumiere brothers,” he said.

The hero of the film “Ahed’s Knee” is a director who, in order to find the money for his next film, obeys the decisions of the ministry. And the state gives him a multi-page list of taboo topics and unwanted words. He turns the barriers into a document and pushes the hero to sign it. Of course, considering it a normal concession for the sake of state security and public peace (censorship always starts with the decision to accept taboo topics in good faith).

Involuntarily, similarities arise with all the states where free and safe life are opposed to each other, becoming a difficult moral dilemma for everyone.

“There is always a choice – to be a good person and cooperate with the system, or to be a bad person and constantly resist. It is this dilemma that makes us a prisoner of anger,” said Nadav Lapid.

As the film says, you have three roles in a war: a victim, a torturer or a bystander. And all three roles are traps. 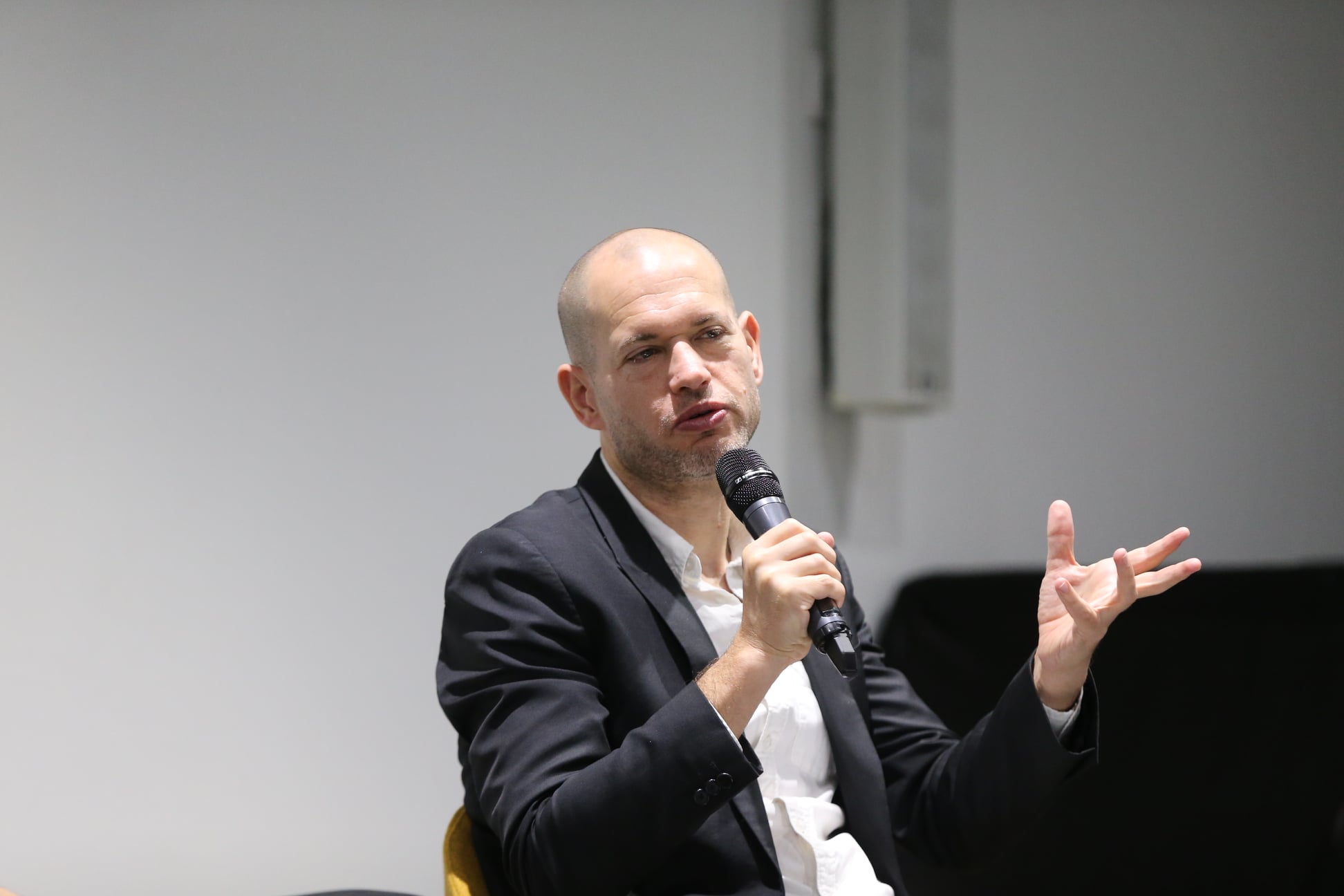 In “Ahed’s Knee” is a phrase that many quote and which sounds symbolic is, “In the end, geography wins.” Can we say that if the country is in a state of war, then the war wins? And the result of the war does not matter.

No matter how much you fight, reject, resist and shout, geography will still win. My mother always said that. She died and took the meaning of those words with her. But I think she meant that you need to be saved until geography wins you over. Until you become an element of geography, a part of the landscape.

There are always people who resist, reject the environment and see danger in others. And they want to fight, even against mountains and sand. Or leave the country. It seems that we are fighting against politics or bad habits, but in reality, no matter what you do, geography will win.

I agree that the war wins. I am also a witness of that as a witness of war. And it is true that war deforms both the winner and the loser, because it changes people, transforms their spirits.

And it definitely changes the DNA of the state, regardless of whether it has won or lost.

The countries that have seen war are similar to each other. And people suddenly find out that they live with the same feelings, regardless of the outcome of the war.

The hero of the movie “Ahed’s Knee” also bears the trace of the war. How is this theme embedded in films?

I think that disasters and crises are in a sense gold mines for creations. Although sometimes it really seems like you are standing on top of a mountain and writing poems, while there is fire all around you.

But I think those who have suffered and been tortured can turn what they have experienced into important art.

You were also a journalist …

Oh, that was a long time ago, in a past life.

How important is it to resist state propaganda?

State propaganda is dangerous, but the creator can work in conditions of state restrictions, without feeling like a victim. Interestingly, there are two synonyms for freedom in English: freedom and liberty.

After all, many filmmakers born in countries with high levels of freedom are not really completely free. They are also prisoners of conventions.

One thing is for sure, if the restrictions are clear, it is easier to create. It is simply required to increase the area of freedom. 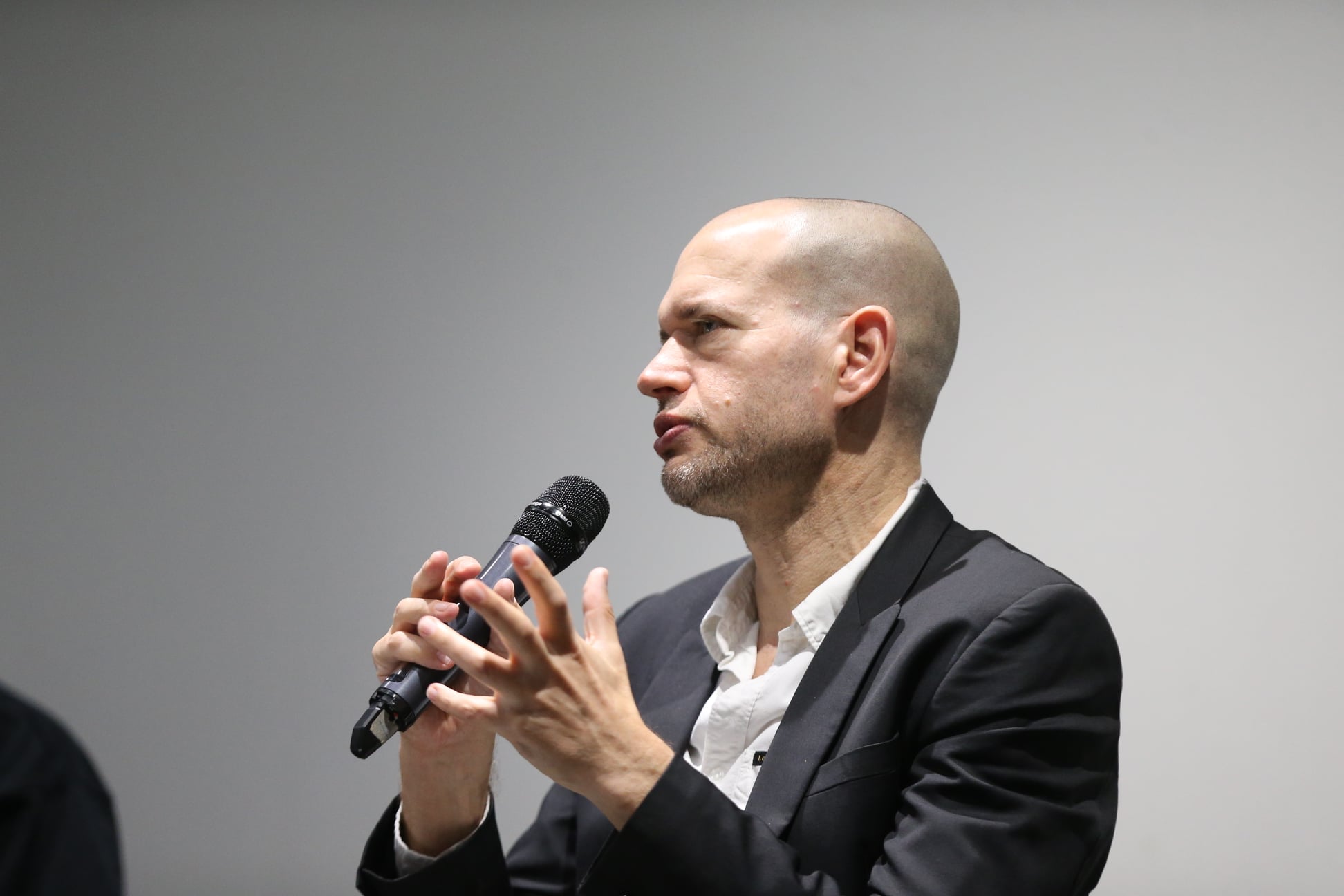 To be a Jew and to be an Israeli (as well as an Armenian living in/from Armenian). Is there really an internal conflict here? We talk about it a lot.

All my films are about Israel and were shot in Israel. But, yes, I have difficult relations with the state. When I started filmmaking, censorship was at its peak in Israel. And many really thought that there should be artistic councils that would censor art.

I was not afraid of being arrested (Israel, after all, is not Russia), but there are different ways to create obstacles.

I knew that, for example, if the script of this last film became known to the media, we would not be allowed to shoot it. But now there is a new government in Israel and a calmer situation. As a result, several different organizations gave us money. I suppose the Israeli army is not particularly happy with my film, but if there was no such response, I would be even more disappointed. In any case, that is their problem.

I consider myself a citizen of cinema. And in my films, I show what torments me.

There is a lot of anger in my films and it has grown so much that I am no longer interested in it. Why shout about the same thing for the seventh time? In general, directors easily become part of the system. Now I want to go the other way.