“When You Fight Against The ‘Beast,’ You Involuntarily Resemble It” 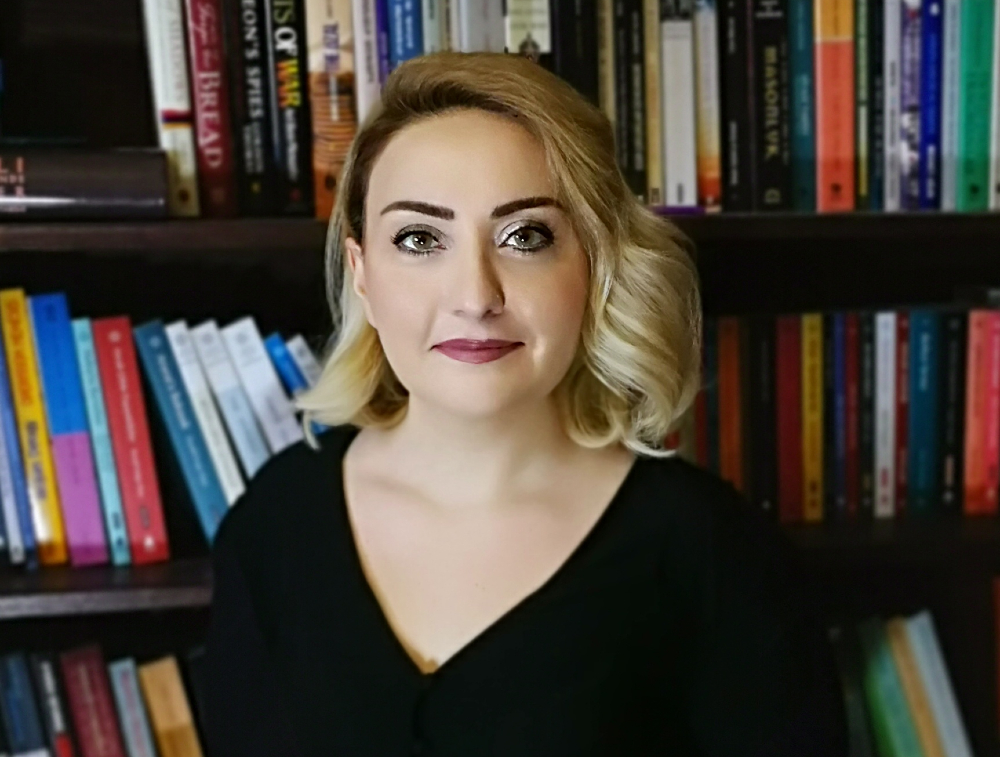 Investigative journalist Alin Ozinyan mainly writes for Turkish audiences. She said that the news about Armenia made Turkey more interested, especially after our velvet revolution, but there is still a serious barrier between the two countries.

And it’s impossible not to have one, given the current situation, when propaganda puts pressure on journalism.

The tense situation on the Armenian-Azerbaijani border is also accompanied by information attacks. This is added to by Turkey and Russia,  and a complex spiral of ties and conflicts of interest is created.

It takes more than just shouting loudly about patriotism to get rid of that tangled mess. You’d be better off building a bigger picture. First of all, understand the situation and choose your vocabulary carefully.

It seems that there are not many analysts who can soberly assess regional issues and present them in the media without manipulation.

If we try to explain with a simple formula as to why we’re not doing a good job of presenting ourselves in the world, I think we will come to the conclusion that the connection between the state and the specialists is not strong.

Meanwhile, we have really good Turkey and Azerbaijan experts both in the world and in Armenia. You just have to work with them, show them the way. Let the specialist guide you on various issues.

Now the state seems to have started to communicate with specialists. For example, I see that the attitude has changed, the experts in the region are more valued than before.

The impression is that the media have their own circle of experts, who mainly say things that are desirable for the media owners.

Those who deal with Azerbaijan or Turkey mainly follow the media of those countries, combined with a bit of Russian and American references. The Armenian press is empty in that sense.

In other words, if you only know Armenian and do not read Turkish or Azerbaijani press, it is difficult to understand the situation. Very few media outlets in Armenia are able to cover the big picture.

And I think it is necessary because one should always be informed, for example, to know what the Turks are saying about the new developments in the conflict. At the very least, we need to be informed in order to be able to present our own point of view.

I think there is a lack of that awareness now.

And, of course, the experience of a journalist is very important here. The Armenian journalist should not become part of the Turkish propaganda apparatus but should be able to separate propaganda from factual information. But as far as I can see, we often make mistakes in this regard.

Sometimes I see such news in our media that I wonder why it was translated into Armenian. This is not necessary news at all, it is intended only for Turkey’s domestic audience.

Journalism is not a valued, established profession in Armenia. Even when they hear that you are a journalist, there is a contemptuous attitude.

Maybe journalists are not considered to be independent thinkers, rather adapters to their media policy.

That, of course, matters. When your editor tells you how to view your material, it is quite scary, especially since your media does not have a clear concept.

But today it is questionable who is actually telling the editor how to see the situation.

I think good journalists in Armenia are those who also have international experience. Many also work as foreign media correspondents.

Can journalists break the hostility in the media?

You understand that Turkish journalists are so biased, so “beastly” in this matter, that if you have to respond to them, whether you like it or not, you also become “beastly.” After all, when you fight with someone, don’t you involuntarily become like them?

And against the background of the Azerbaijani propaganda, this was a very important point that we must all follow. Especially in journalistic articles where you have to be responsible for every word.

After all, keep in mind that when our articles are read around the world and encounter biased words and thoughts in the very first sentence, then our material will have no value.

Articles that are written in a calm style and that are balanced are more widely read and used in the world. You can write very softly, but present the interests of your state and the role of the army in such a way that your point of view is accepted in the world.

You will not achieve this if you do not “polish” the language by removing a layer of aggressive words.

In other words, let’s not enter the Turkish or Azerbaijani game and play by their rules. After all, anyone who reads the English versions of the Azerbaijani and Armenian media should see how different they are in style.

Let’s not forget that we as journalists are not propagandists.

And our state does not dictate to us, does not imprison us, and does not censor what we write. I say this not from the perspective of the PR of our state, but because it is the reality in which we live.

We must understand very clearly that at the moment the Turkish press is 100% pro-government. In other words, there is no alternative press. Even if a few Turkish-language but non-Turkish platforms appear, their offices are either in Berlin or New York, and the journalists are migrants who have left Turkey.

And though they are independent platforms, they have very few readers, besides, they are constantly labeled by the Turkish government, presented as terrorists and anti-Turkish websites.

In other words, they label them in such a way that they completely degrade and “spoil” the reputation of those platforms, depriving them of even their small audience.

In Turkey today, “Sabah,” “Milliet,” “Hurriyet” – in general, everyone writes what is sent to them from Ankara. They are told what to print in the same words.

I can give examples of how 15 newspapers were published, the front page articles of which were literally duplicates, starting with the title. No newspaper dared to change a single word.

The Turkish army did that in the 1980s, but now the authorities are doing it. At the moment, Erdogan is everything: the army, the one who decides foreign policy, the court, and the prosecutor …

We must understand this so that it is clear what a terribly bad attitude there is towards Armenia. And it is not enough that the attitude is hostile, it is full of threats (we will show Armenia, which does not realize its size).

This language is unacceptable for both the state and journalists.

But that language has found a place inside Turkey, where the situation is so irregular that everything is broken, not only regarding the Armenian issue. It seems that this immoderate, threatening attitude of Turkey has become a new dimension.

The dimension is not having a size.

Many attribute this behavior to Trump.

It is the same irrational attitude, cut off from the world. Trump, for example, even said that he could cancel the presidential election, to which he has absolutely no right. He has no right, but he says it anyway.

And Erdogan managed to create an information bubble that everyone now envies Turkey, from Europe to Russia.

And Turkey can do anything with impunity. For example, turn the Hagia Sophia into a mosque again.

Many amazing messages also came from Russia. The president’s spokesman said Russian tourists would only benefit if the museum became a mosque, as they would not have to buy expensive tickets.

Perhaps that is how they calm the people. The United States and Greece gave the harshest answer to the question of the church.

Actually, there is no Turkish diplomacy, there never was. It is more of a myth. The real diplomats are the Russians, who are able to send double messages and, in a big sense, play with the Turks without showing that they are playing.

And the fact that the Greek Church turned into a mosque is being quietly accepted does not mean that it will be so in the future. I am sure they will give a rough answer.

If in Turkey 100% of the media is pro-government, then 90% of our media is under the control of the previous government. And that is also an explosive situation.

Yes, that’s on the other hand. Now you have to think about which media your words will appear and how it will be commented on. Moreover, I have not even written statuses on Facebook for a couple of years.

And I know that many people do not feel the need to be in the media, they do not have the nerve to get into nonsensical arguments.