“We See That The Authorities Regret That They Were Self-Confident” 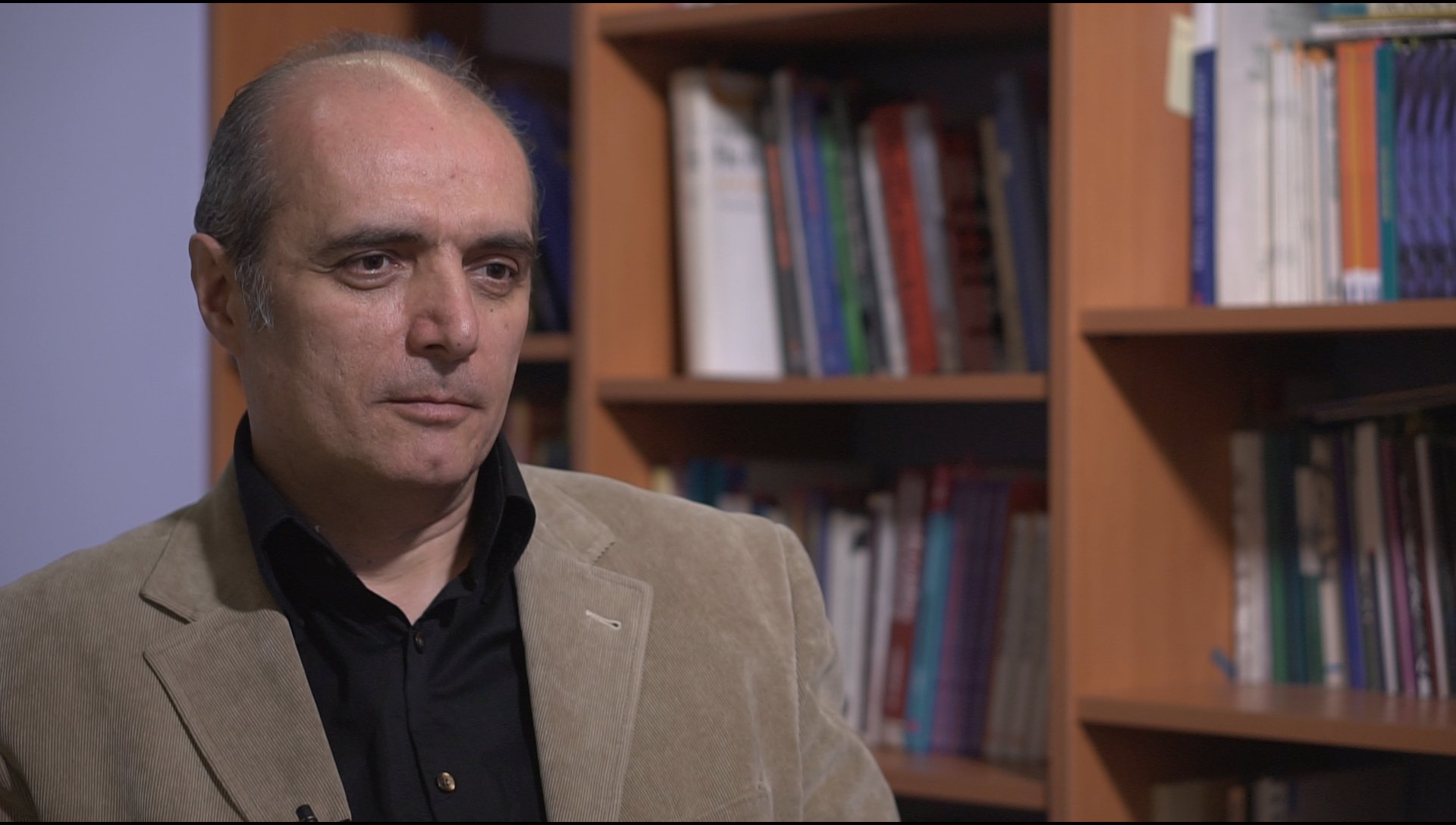 Levon Barseghyan, President of the Asparez Journalists’ Club in Gyumri, has clearly and very accurately described for himself the different types of media. He sorted them.

And now he is more interested in the rare and rather expensive journalistic analyzes, which have always been lacking in Armenia.

They are especially important now, in June 2020, when the coronavirus is everywhere in the brains and in the hearts.

And we all become crisis managers if, of course, self-confidence doesn’t stop us from acknowledging that we are sometimes bad managers.

Coronavirus gained momentum in early June, and the Prime Minister said that the situation was catastrophic. Are the numbers decisive?

I don’t think the situation is a colossal one, although many want to present it dramatically, from politicians to ordinary citizens. Maybe I’m the one who takes all these dramatic and apocalyptic thoughts very lightly.

Of course, the growth of numbers in our country when compared to previous weeks can cause panic for many.

But the problem is that different countries administer tests in different ways, there is no universal testing system and a sample model that will allow you to compare the image of one country with another.

There is something semi-literate when we compare the statistics of countries, saying that in one place the situation is good, in another place – worse. It is not possible to compare and contrast the data, as they have been collected according to different methodologies.

For example, in one country only people with high fever are tested, in another – those with lung problems, and in the third – those who have come in contact with someone who was infected.

Then they put the numbers next to each other and say, look, the percentage of people infected in this country is high and low in the other. It would be possible to say that only when all countries do things in the same way.

The second problem is management. I think for a long time there was a need to develop a practice that, in addition to people with symptoms, would study the infection rate of different segments of the population of Armenia, or just the state of their health, and to do so on a daily basis in order to understand trends.

For example, to survey a thousand people consistently with a certain sample. Apparently, this is an expensive job.

It is now clear that some people with symptoms who have been in contact with infected people are being tested. And this does not show the picture of Armenia and it is not clear whether we have reached the peak or not.

And from a mathematical point of view, all assumptions remain at the level of subjective, private assumptions.

I think we’re still on our way to reaching the peak. But this is my private and perhaps illiterate opinion. Scientists needed to do work in order to get a professional opinion.

And why are politicians and non-scientists doing the analysis?

It is the result of bad governance. One reason is objective: the coronavirus is an animal unknown to nature, and the other is the inexperience of the authorities.

Managing such crises does not only mean delivering food, supplying energy, there is another component: choosing and using coping methods.

These authorities have not had such an experience, they have been very self-confident and now we see that they regret that self-confidence.

Was the supply of information operative? As far as we can see, it was calming at first, now it is foreboding a catastrophe.

Most likely, the risk has been underestimated and they have not been able to organize proper crisis management, thinking that the crisis will be overcome quickly.

In that case, what could the media field do that it hasn’t done?

Our media field is very varied, diverse and multifaceted.

A group I call a “sewer” constantly serves the interests of those deprived of power, the accused, or the quasi-accused, and what they pass on can in no way be considered information or journalism. But, of course, we understand that in the nominal sense they are either a media outlet, despite being a “sewer.”

Some media outlets have a pro-government stance and work roughly with the doctrine “What Would Nikol Say.”

The rest is partially paralyzed. There are media outlets that started working remotely, interviewing at home and serving the governmental press conferences and briefings as much as possible (he said, she said, he answered, she said).

In this sense, analytical journalism is at a very low level.

In general, regardless of this contagion, analytical, including statistical, journalism in our country has always been in a poor state.

The reasons are many, but one, for example, is that journalists are paid less. The analysis that I would like to read would be done by a journalist who receives at least one million AMD a month. We either do not have such journalists or they are rare, special.

And are the official statistics reliable and complete?

To be honest, I’ve hardly heard about suspicions regarding official information. I have not noticed that there has been any significant doubt about the official data during these three months.

At first, they may have thought the numbers were low, but now they are saying that they are giving higher numbers so they can get some money from the World Health Organization, but those were just two or three marginal thoughts that went around and died off. And they didn’t even come from journalists.

The point is that the available information has not been analyzed in depth and in good faith.

I repeat, one day I would like someone to write down what methodology and logic were used in testing people.

Otherwise, the following will be obtained: Three crocodiles flew in the sky, one to the north, the other to the green, and the third to the female. And how do we compare those crocodiles?

There was no one who wrote about that.

Now that there is a lot of news about the infection, what can be helpful other than statistical calculations?

Of course, we need to raise awareness and advocate for quality protection without causing panic.

Also telling true stories about who became infected, how they were cured, or (far from all of us) died.

People need to see stories in order to take the self-defense measures that the whole world is talking about seriously. This is the most important!

And the authorities need to be more skilled with their management.

Of course, I understand that it is difficult. But the commandant decrees are weak and have many shortcomings in terms of practical practice.

For example, a person enters any public place, their temperature is taken, and it becomes clear that their temperature is high. The commandant decree states that you must call such-and-such number. And while let’s say, the shopkeeper makes the call, the person with a fever doesn’t know what to do. And since it is not written anywhere that they have to have documents with them when they go to the store, they now are forced to go find their documents.” And during that time the commandant will come and start looking for them.

In other words, this is a very inefficient regulation. And there are a slew of other things that are worth going over and improving the process for.

But reliable human stories of success or failure are, of course, the most important.

The same can be said of those in hospitals without their identification or with the consent of the health care provider and medical staff.

After all, we see that there are people in Armenia who do not take the epidemic seriously yet.

The authorities must create an opportunity for these stories to be told to the public.

There are truths that should be heard not only from the authorities but also from reliable media (not the “sewers,” of course).

They are often pushing the media away instead of forming alliances.

That’s because of a lack of experience and knowledge of management.

Remember the disgraceful censorship system that they tried to introduce during the first few days of the state of emergency. They even ordered that posts be removed from Facebook.

But thanks to professional organizations, the authorities have managed to make it clear that such restrictions are both wrong and ineffective.

We saw that the authorities gained experience and became more proactive by organizing press conferences. However, press conferences alone are not enough, it is necessary to cooperate much more closely with the media

Yes, it is a disaster, but that damned disaster must finally be overcome.