“It’s Like An Easy To Digest Tincture, Where Lies And The Truth Are Mixed” 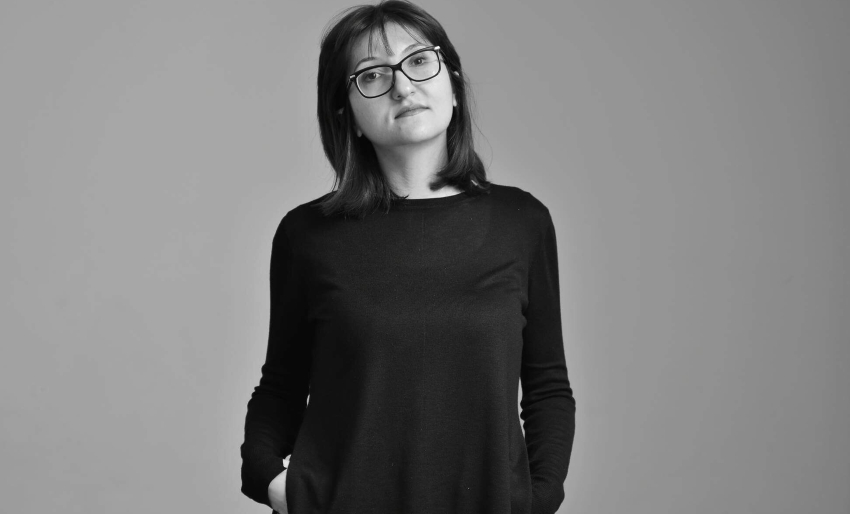 Faith and trust can sometimes go hand in hand. It is surprisingly easy to believe various conspiracy theories or primitively horrifying rumors. Faith seems to be the first to respond, and the signal of trust does not awaken so easily.

Psychologist Anush Aleksanyan has a simple formula for explaining skepticism: we want to hear what is already in us, accumulated with experience and learned knowledge, while things that are fresh and new are incomprehensible, and therefore unacceptable.

It seems that psychologically we want our ideas about the world to be proven. Not be reviewed.

Why do we easily believe different kinds of false or manipulative news? Is it special to human beings, or did the alarm and isolation make the false news more influential?

At the moment, one of the immediate reasons at the very surface is the critical thinking gap, which is very clear. And that gap dates back to school. I know our education system deeply, I have worked in the field of education for more than ten years.

We do not provide education that promotes critical thinking. We often talk about it and move on, but now we see the result. People perceive the text immediately, simply.

Most of them are passive consumers of information.

The next reason is the recognition of that information, that is, the information that responds to the experience, knowledge, and perceptions of those people is much easier to understand. This is a subjective, interpersonal process.

It works like this. A person hears different information and only a few of them understand it to some extent, because they see familiar things in the information.

For example, they heard about it as a child while playing, then in the school corridor with friends, and then in the yard during conversations and gossip …

In other words, they listen to things that are accustomed to their ears, that’s why they believe. And when they get information that contains, say, an unknown but solid logic or scientific information, they don’t want to believe it. Familiar material immediately evokes an emotional positive response.

There is no need to understand the news, here a person has nothing to do but immediately accept that this is the truth.

I think such keywords are less common in texts of scientific logic and found more often in all other texts.

There is an interesting phenomenon here. We now see that unprofessional material is being responded to and approved not only by people with low levels of education but sometimes by highly educated professionals, even scientists.

Sometimes you really wonder how it is possible to believe such information.

I think there is a trick here. In the material containing scientific, verified information, between the lines and in some sentences, those keywords appear, although they have absolutely no scientific basis, they are complete stereotypes and misconceptions.

And it turns out to be a tincture, where lies and the truth are mixed, making the substance easier to digest.

These types of materials are addressed to literate but not very observant people who are far from a given topic or field and may not notice any major omissions.

In other words, we have an audience that does not seek to be aware, only a passive consumer of information, and we also have a middle class that is simply not attentive enough to notice mistakes in the texts.

There are school textbooks and various literary works, especially the classic series of compulsory education, which instill in children that we have been persecuted, massacred, wanted to destroy, and so on. These patterns seem to be reinforced in our perceptions of childhood.

And the information we get today is very well glued to the information we have, sitting in us, that we are well-acquainted with, and which we are in some sense reconciled with and have already accepted. And when we hear something familiar to us, it immediately finds a response inside us. We immediately acknowledge that this is true.

That’s why when we hear that Armenians have committed hooliganism or raped someone in the country, etc., regardless of whether it happened or not, most of the public denies the rumors, confidently claiming that nothing like that can happen. How can Armenians do such a thing…?

Because there is no such impression in our self-perception. Add to that the fact that critical thinking is weak, which would at least suggest that there may be different individuals in each nation.

In fact, the belief in information has a very simple explanation. The information that has already found its way into us (and it doesn’t matter where we got it from – on the street, at home or from books) is looking for a similar belief. And any information that confirms what we already have will be approved immediately.

And, of course, contradictory or completely fresh views will not be accepted.

Of course, living in the media noise is traumatic. Especially since we feel how that which is useful is being dissolved and lost in the noise.

And faith in conspiracy theories is based on that, too.

In other words, people constantly think that the world around them is very dangerous, that someone wants to harm them, do something bad to them, trap them, destroy them, and so on.

And these are not just intellectual issues, but emotional ones. Emotions play a big role. People are really scared all the time. They are afraid of unknown, incomprehensible dangers.

And how can the pleasure of a diverse world be introduced into a school? Make it so that the information moving from one head to another is not a purely mechanical matter.

Tricks are used in various educational systems, which are based on competencies: abilities, formation.

For example, when children read the text, they must first understand the meaning. Not to read and reproduce, to read and answer or to memorize, but to understand.

Disagreeing, arguing, expressing an opinion is the second step, deeper competence. But from the very first or second grade, the child should be able to understand what he is reading.

First understand, then argue with it.

This is very important in our education system. Maybe that’s the problem for many of us. We argue with something we don’t understand.

I think the school doesn’t teach you to justify your point of view, you can disagree with everything, it’s even a mandatory exercise, you just have to be able to come up with arguments to present your own opinion. Not to repeat what is written in the textbook or what the teacher said.

Justification is a deeper ability. We must have a rich knowledge base for any opinion. We can’t comment on everything.

For example, I am a psychologist and I will not comment on stomach surgeries.

This is exactly the situation in the media now. Expert opinion is blurred when everyone is talking about everything. And the media is spreading it.

There are social issues, which we express our opinion about, thinking that it concerns us. But when it comes to professional opinion, there is a lot of confusion.

For example, now that everyone is talking about sex education, you want educators, in some cases doctors, who are concerned with specific consequences to be heard, including parents.

But the doctor has to talk about his field, the cases he really came in contact with, and not talk about how to teach and how not to teach. It’s the same if, for example, journalists tell doctors how to treat patients.

Everyone should try to express an opinion in their field, otherwise, it becomes an extreme form of gossip or self-expression.

And it is from school that we need to teach information to understand, analyze and only then express an opinion.

Another important issue in the field of education is to critically approach the units of information.

Let’s ask where we learned about it, why it should be spread, why I was told about it and so on. In other words, let’s try to understand the simple motives of the informant.

Sometimes we just have to realize that any piece of information we read is just a sign that the person wants us to know about it. There is no evidence of anything else.

We cannot immediately understand whether it is true or false, whether it is verified or false. The only proven fact is that someone wants me to know about it.