“There is an apparent Crisis in the Media Language” 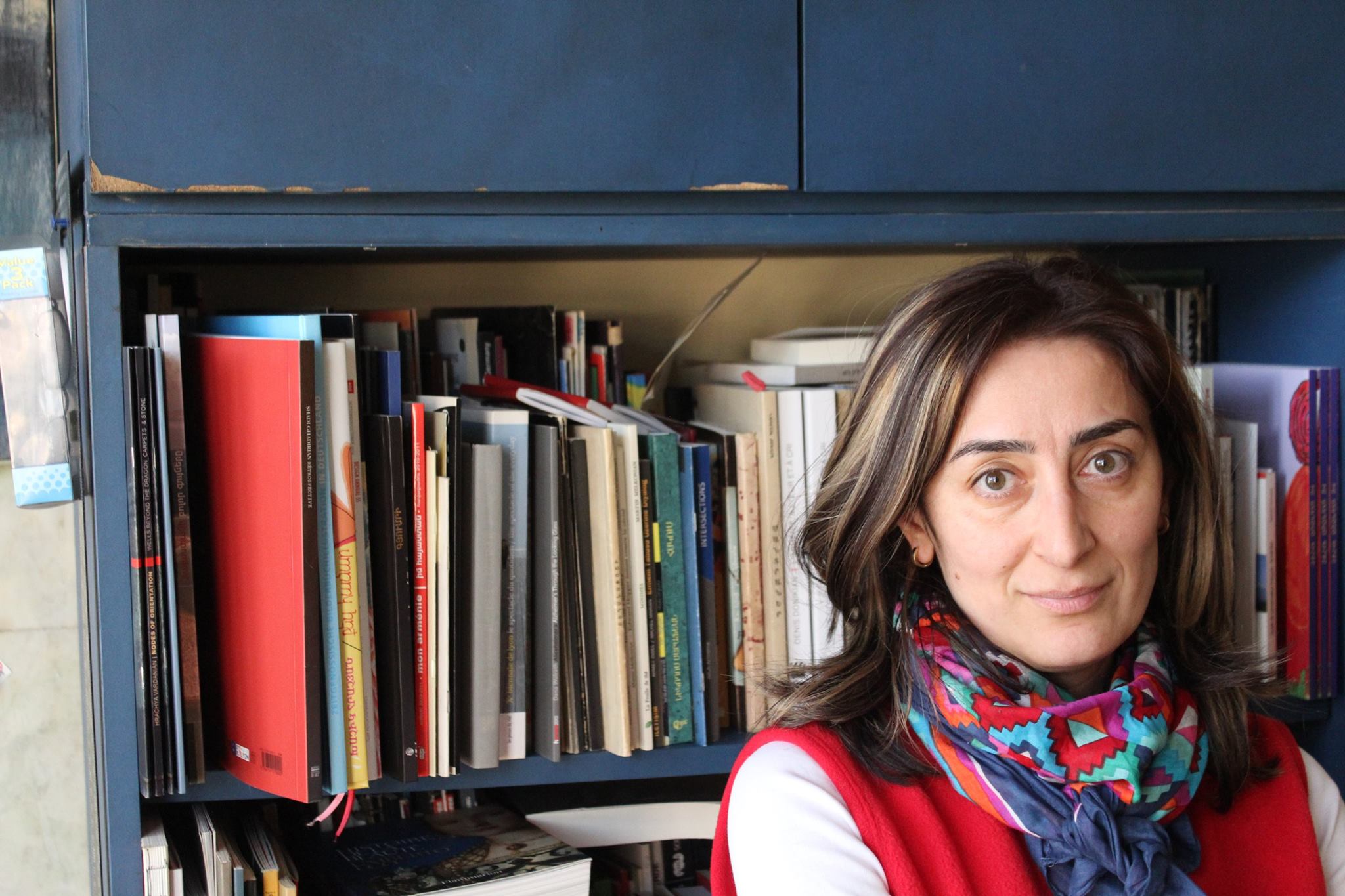 It’s quite interesting to know how we’ll get out of the state of emergency – what kind of losses and achievements we’ll have.

It is important for ethnologist Lusine Kharatyan to study self-protection mechanisms emanating from the constant presence of the media in our life, as well as the government-made decisions.

She thinks that we pretty much make a philosophical choice between safety and freedom.

Now people are in self-isolation but they seem to be more connected through their presence in social media.

We are physically isolated in closed territories but the information flow keeps connecting us. You might say that all of us are actually isolated and constantly connected at the same time.

We both receive and give information. The desire to share the “isolated” daily routine with others in social media is now even bigger than in the past. People try to constantly record the current moment, and now they do it more intensively.

We create and nourish the media and, at the same time, turn out to be under the burden of that information. It is very difficult to state whether people are isolated, or not. I think they are not.

Are people addicted to newsfeeds? Is there a demand to constantly update our understanding of the situation?

Recently I’ve noticed that, apart from being addicted, people also try to protect themselves from newsfeeds. I mean, they prefer filling their life with other types of media – for example, watching movies.

The longer the isolation lasts, the stronger self-protective mechanisms become.

At first, people were inclined to constantly read and share news (the number of positive cases, the deaths etc.) Then the wish to share news in personal space significantly weakened.

Is there a fear that we will become vulnerable as soon as the government has access to our personal data – our movements and phone calls?

I think that the data accessibility fear and complaints rather prevail among public people that are more informed.

However, the discussion of that issue does not seem relevant for most citizens.

People that are not particularly active don’t even react to the law.

They even consider that the law can somehow protect them.

The countries that have experienced totalitarian regimes and repressions usually have bigger fears of any kind of information controls.

This is the case, for example, with Germany that has come a long way. There, people are less involved in social media and are more prone to use nicknames than people of other cultural backgrounds that have not ever lived in totalitarian regimes.

Protestors against the movement control are mainly people that realize where personal data accessibility will lead to.

The problem is, when you listen to the law discussions in the parliament, you understand that the law is kind of intended for careless people that continue interacting with each other. Their location and circle of contacts should be defined in order to reveal the potentially infected persons.

However, risky behavior is mainly displayed by people that totally neglect the law because they don’t realize the dangers caused by the personal data accessibility.

They just don’t think about those consequences and never enter into any discussions.

It turns out that the law protects people displaying risky behavior and low levels of civic responsibility (you protect not only yourself but also the public in order to overcome the dangerous situation,) whereas those people will continue to intensively interact, without realizing the other potential aspects of the law.

How can we evaluate the role of the professional media? As we see, no one is immune to manipulations.

Of course, I can only make assumptions. The whole media coverage in Armenia and worldwide is about Coronavirus.

It’s as if nothing else happens in the world.

Taking advantage of the state of emergency in Armenia in order to adopt stricter measures against fake news was a bit manipulative, too.

The question is, will those strict measures be removed or maintained in the future? However, we see that the state of emergency has been used to get rid of the media issues that existed even before the pandemic.

Interestingly, those issues will not be solved like that anyway but the government will gain a certain tool for censorship.

I think that the Armenian media have been in an identity crisis since 2018.

They should change but those changes will not be noticed now because all of them are in the process of working hard to cover the current situation. However, the internal issues of the media will show up later.

All the media are in the process of readjustment and repositioning. And the process is very interesting to follow.

Coronavirus will become the key point after which the changes will surely become visible.

It became quite obvious during this crisis that the media language does not manage to reflect the situation.

You mean the language is outdated?

It is definitely outdated a lot. That’s true for the leading international media as well. It seems that the media language does not talk to us anymore. Instead, it contributes to violence and confusion. It’s hard to tell…

For example, I felt no panic while reading any virus-related content in the beginning of the quarantine because all the texts looked quite reasonable. Later I started feeling angry because there were scary, masked people and frightening episodes in the pictures illustrating the texts.

Thus, the textual and visual languages are apparently different.

I think that the media in Armenia and worldwide should realize that there is a language crisis – visuals and texts should be synchronized.

The visual part has become more overwhelming, affecting the textual language, which contributes to the outbreak of a mass hysteria.

For example, when people see the pictures of the frightening atmosphere of empty supermarket shelves, they feel they need to get isolated and protect themselves also from the media that just intrude into their homes. It’s as if the media becomes a part of their homes.

You may wake up in a peaceful, nice mood and suddenly be invaded by scary texts and pictures.

You don’t want to follow the media anymore because it just makes you crazy at some point.

It seems that anthropologists, sociologists and ethnologists have a lot of work to do now. Keeping a distance has never been a characteristic feature of the Armenians – we breathe down people’s necks in supermarkets and almost touch each other’s faces while talking. Can we say that the culture of communication is changing?

We have been studying it – we have even organized a group where we share materials and observations on behavior changes. It’s a huge area for research.

Of course, people are more careful in public places. They even wait for the store cash desk areas to be cleaned after serving the previous customer.

Surely, you cannot call it a mass-spread approach but such changes are apparent.

This refers to wearing masks and gloves, too. You wouldn’t expect the representatives of certain age groups or subcultures to wear masks, and yet, they do wear masks.

However, right now we can just record the changes of the moment, without knowing what will happen in the future (which of these behavioral elements will remain or disappear.)

It is not clear how we’ll get back to normal life if the borders of normality are changing.

There is always this philosophical dilemma between safety and freedom. It is essential to realize which of these two our decision-making favors.

In this situation many countries made decisions in favor of safety but detrimental to freedom.

But long-term losses can be even bigger than we can imagine. And the media crisis is a part of that because the media also face the decision of choosing between safety and freedom.

The world will face this global issue because the situation will never be the same.

And the future depends on the authorities’ decisions in favor of one of those two phenomena.