“You Read About The Topic As Much As Possible, Then Throw Out A Majority Of What You Read” 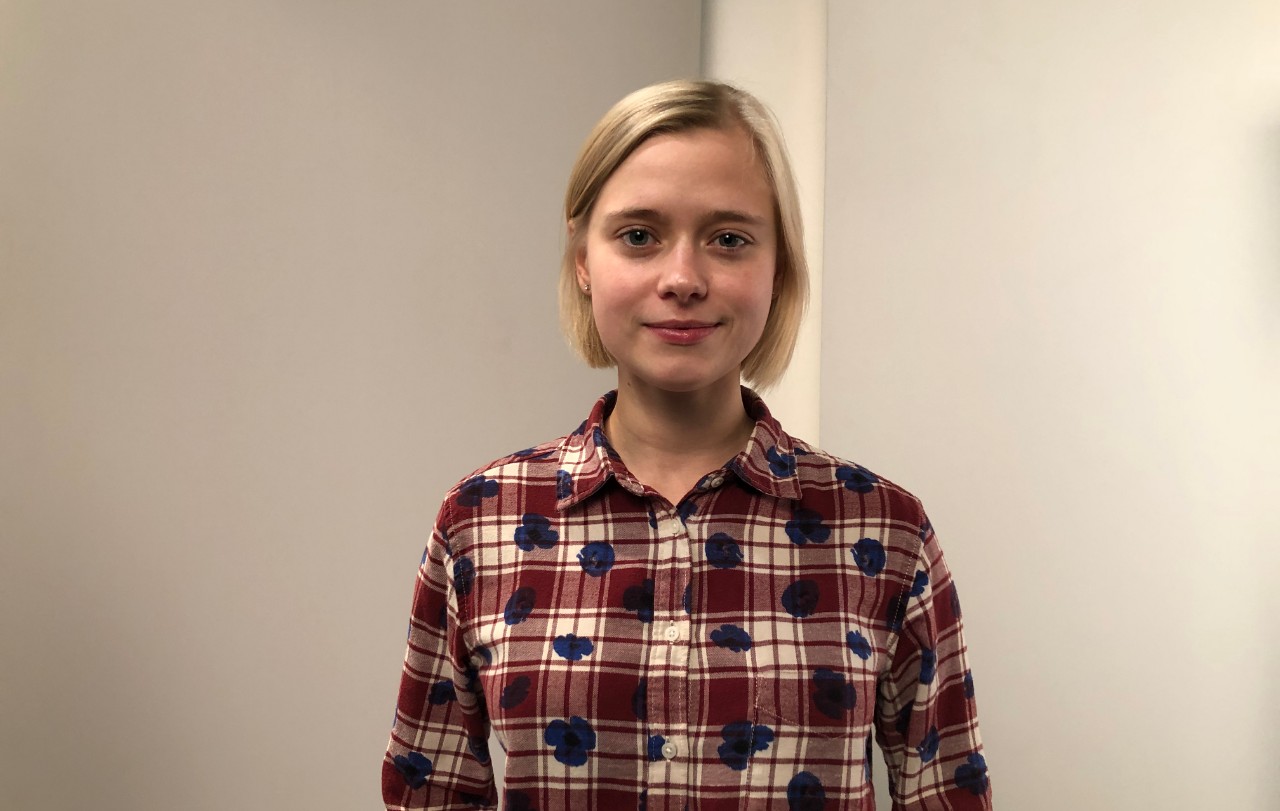 Social media producer and journalist, Anna Shamanskaya, is one of the stars in the Russian-language media field who has been able to make explanatory journalism demanded and appreciated.

To speak of complex concepts in simple terms:  this is her principle.

She works for Currenttime.tv, a Russian-language television channel co-owned by Radio Liberty and Voice of America.

Currenttime.tv, which has been in existence for two years, tries to be an alternative to Russian state-owned channels by producing short videos, explanatory and special projects.

And as it is always interesting and effective when advised not by the lecturer, but by a very active and busy journalist, we also tried to formulate some rules during this conversation for video journalists.

Video dominates the media field. Is that good?

That’s neither good nor bad, that’s what the audience understands. Any journalist is trying to find their audience and provide them with information. And if the audience wants not to read but watch, and moreover, on their phones, then we have to take into account the wishes of the audience.

Properly made videos will never lose their meaning. So a good video is a good thing.

How can you easily talk about a complicated subject but not lose sight of it? Can we formulate this process in a few steps?

Perhaps you should first present the problem in short terms without complicating it with multiple layers. That is, in the literal sense of the word, to present two sides and nothing else. There is no gray, there is only black and white.

We do not have the time or the ability to dwell on other colors as we use three or four sentences.

The idea is that any serious problem can fit in a short video.

A short and light video has an advantage: it ends quickly.

And if the person is interested, then in the future they will gather more information from other sources. And if the short video is not interesting to them, they will simply conclude with the video and never return to that issue.

Is that which is short a bait?

In a sense, yes. We only show, and the audience decides whether or not to study the topics more in-depth.

If we feel the topic is interesting, we deepen it ourselves. We usually create several formats at the same time. Either a short video or a large text investigation with short videos.

We try to make people move from one format to another. Read, then watch, share what they watched, then read again.

There are some very complex topics, such as ecology, human rights, economics. There can be a thousand views, a mixing of interest, how do you bring them to plain colors?

I think you should read as much as possible about the topic from the beginning. Read on your own, not trusting the work to others.

And when you read everything about the problem (historical studies, today’s news, etc.), you choose the point of view, the axis, the core.

For example, we have recently written about the withdrawal of Soviet troops from Afghanistan. The topic seemed to be sparse, as we were not going to talk about why these troops had entered Afghanistan. And in this situation, it was important to edit and montage, focusing on one topic and ignoring related topics.

We do not intend to tell everything, we do not write books. We do the opposite, gathering all the possible information and focusing on one or two points.

Are you sure you always choose the important points?

That completely depends on the journalist’s responsibility. That’s the first step in short explanatory journalism: read about the topic as much as possible, then throw out most of what you read. Just forget about it.

The second step is to try to make the short video self-sufficient and comprehensible, without unnecessary text, links, articles, so that the whole subject can be understood, all aspects of the conflict can be seen.

Writing text is one thing, making a video is another. The text and visual component help each other.

If you build a video correctly, you would include twice as much information than just the text.

With a video, you can show numbers, statistics, which occupy a lot of space in the text and are difficult to comprehend.

If the visual is too much, the journalist is also liberated and begins to take up more space in their work.

Of course, it should be taken into consideration that different social networks have different audiences. Correspondingly, their viewing habits are also different. For example, YouTube is viewed as television, where you watch long programs and subscribe to the channels.

And on Facebook, you never know who will come across your video, as people will scroll through silently and accidentally meet your work. In this case, first impressions are important.

Changes to formats are required. What you put on YouTube is definitely needs to be transformed for Facebook.

For example, it is a success if the first 30 seconds of your video is watched on Facebook. Therefore, the Facebook video should last 3-4 minutes, which means a maximum of 500 words will be used.

That is, you can’t say much, you need to touch on as much information as possible.

For the first three seconds, you are grabbing their attention, in the first ten seconds you’re explaining what the material is all about. This is how a person decides if they want to stay with you and keep watching or move forward.

It seems to me that the real story has to be told in ten seconds.

How many packages does one item have?

At least three: the video is customized for all social media platforms, as well as a story which is shorter, cut-up 10-30-second clip.

Do you think all media outlets should follow this path?

I think so because if we want the audience to grow, to put it bluntly, we have to go behind the scenes and tailor our product to those who view videos on the phone, with an emphasis on each social network.

Not to mention TikTok and Snapchat, where even though the mainstream media has nothing to do now, they will have to in a few years when teenagers interacting with them become their audience. And understand how much their internet literacy is.

It turns out that one reporter gets three packagers.

It depends on the capabilities of the editorial staff. There are people who can do everything on their own, like a Swiss knife. But I, for example, don’t edit my materials.

Do you consider Russian federal TV channels as competitors?

We do not compete with the state media, but rather we consider ourselves as being their alternative. We show real heroes and stories, and many state-run channels show everything (Ukraine, Syria, etc.) except the actual Russian reality.

And that’s why we benefit.

Of course, we understand that materials on human rights, including the rights of the media, can serve the interests of some people in both Russia and the Caucasus.

But the support of our organization is behind us.

In general, journalists now have great opportunities to interact directly with the audience. We can create websites and social media groups ourselves. After all, this is what many journalists do when major media outlets in Russia shut down.

Can a journalist be more important than the media outlet that they work in?

Yes, especially now. For example, in a Russian-speaking environment, journalists are more likely to maintain their own image, as the audience always believes in a particular face.

From the viewpoint of the audience, any media outlet is impersonal as long as they do not know, see, read or trust journalists. In addition, they also read on Facebook, Twitter and elsewhere, following the journalists’ journey.

The journalist themself is the brand.