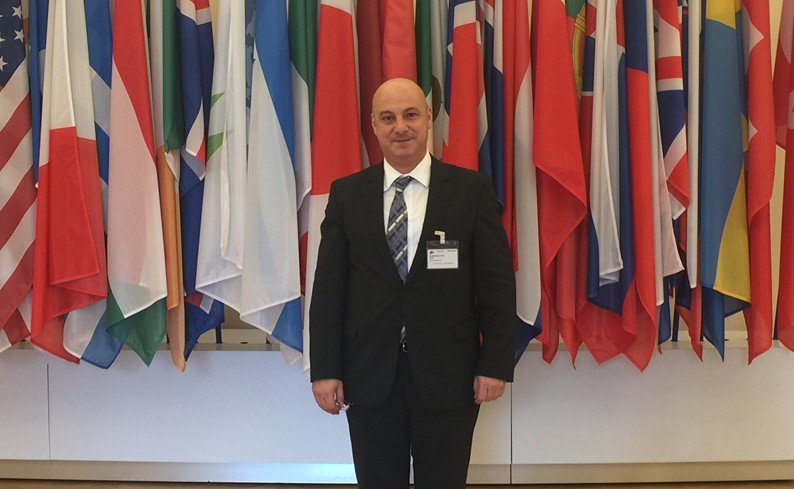 The struggle against fakes has become part of the state agenda in Armenia after Prime Minister Nikol Pashinyan gave instructions to “deal with” fake information and media-manipulation at the Government’s April 4 sitting.

One or two days later, the National Security Service detained a person who was the administrator of the Facebook page named “Dukhov Armenia,” under a criminal case.

A lawyer and expert in information security, David Sandukhchyan sees risks in the fight against fakes in Armenia.

What does it mean to fight against fake users? What are the risks of this process?

It is necessary to understand what the fight against fakes is. Consider the example of the US, where hundreds of fake accounts were set up and campaigned through the presidential elections. But the state did not interfere there.

An investigation took place, the purpose of which was not to fight against fakes but to find out whether it was the work of outside forces against Trump and his allies or his competitors. But as such, the state did not fight against fake users.

The problem of fake users is more of public discourse. The only problem is that the House of Representatives, the Congress, has placed in front of social media, including Facebook, is the elimination of the leakage of personal data.

Facebook had an agreement with other companies to provide personal data which they explained was a result of negligence.

The state simply raised the question of what did Facebook do and did they do it deliberately or not. There was no issue of fighting or interfering with law enforcement agencies there as well. The state wanted to find out if it was legal, and whether there was a need for legislative adjustments.

But it seems that Great Britain is engaged in a broader discussion on this topic.

Recently, the UK government has raised a draft law according to which social networks will be required to control some of their platforms and eliminate messages contravening the law, first of all, copyright, as well as hate speech, hostility and discrimination.

And it is not clear yet whether the bill will be adopted or not. It has caused great dissatisfaction among human rights defenders.

They are not, in fact, taking the path of criminal prosecution there.

They are taking another path. They say, dear social network, you control and remove illegal announcements, posts and if you don’t do that, we will fine you.

Prime Minister Pashinyan explained that on the day of their rally, someone called upon the masses to stab RPA members and such posts should be prevented.

This raises a few questions for me. First, it turns out that the prime minister must give special instructions to the law enforcement authorities to prevent the spread of hatred. If the post was made in December, the question arises, why launch a criminal case in April?

The second question, is this really the first and only crime that is visible on social networks?

On Facebook, I have read some posts of hate speech and hostility from at least 3-4 groups. Particularly against religious groups.

Have they been prosecuted in criminal cases? And it is still unclear to me, what are RPA members considered, a religious group, racial, or what?

In my opinion, this case is fraught with an undesirable political climate. It turns out that there is a very selective discriminatory right that is dangerous from the point of view of freedom of speech.

To what extent is it desirable to speak about media-manipulation at the Prime Minister’s level?

In an ideal world, the leader of a country should not deal with such issues. But now, it’s a common thing.

Trump calls traditional media “fake news” on a daily basis. Macron regularly states that it is necessary to fight, and even tasks to fight against propaganda carried out by foreign states, saying that the media are organizations dealing with politics.

They are political statements. And what is the state system doing to fight against misinformation?

There is a system of balances and checks in the United States. There is a separation of powers and independence. Whatever Trump will announce, the investigative bodies act within their jurisdiction.

If the law enforcement system exceeds its authority, it will simply be destroyed by the Congress, the courts and the human rights defenders. The same goes for France.

Nikol Pashinyan is a politician. He has the right to make different statements. Law enforcement agencies should be careful not to rush to bring criminal cases.

What method against the spreading of fake information is most effective, in order to, as Pashinyan said, not violate the right to freedom of speech and expression.

In my opinion, the influence of fake information on the life of society, politics, first of all, reduces the transparency of the authorities.

The more closed authorities work, the later their responses are to events and gossip, or the less transparent they are in their actions, the more influential fake information will be.

In the past, such a problem wasn’t discussed, because Nikol Pashinyan regularly went live, talking about what he had done that day and with whom he had met.

Serzh Sargsyan and Robert Kocharyan were non-public figures. They had gone forward from inside the system and became the first person.

Three of those who pursued a transparent policy, which have succeeded, Levon Ter-Petrosyan, Karen Demirchyan and Nikol Pashinyan. They interacted with the people.

And the failures of all three of them (while it’s true, Demirchyan did not succeed), the decline began when the connection with the people was cut off. At that time, fakes, gossip, and so on came forward.

But it is not possible to always be at the peak of transparency, to keep going live.

Definitely. Another way is to respond quickly to the public’s questions and to cover them broadly.

As an example, I need to mention the meeting with Aliyev. Neither the Prime Minister nor his press service responded to the public’s questions. Included in the same series are the criminal prosecutions against some odious figures and the cessation of the announced investigative actions without public comment. Such cases create fertilizer for fakes.