“Most Good Ideas Go Straight To The Internet” 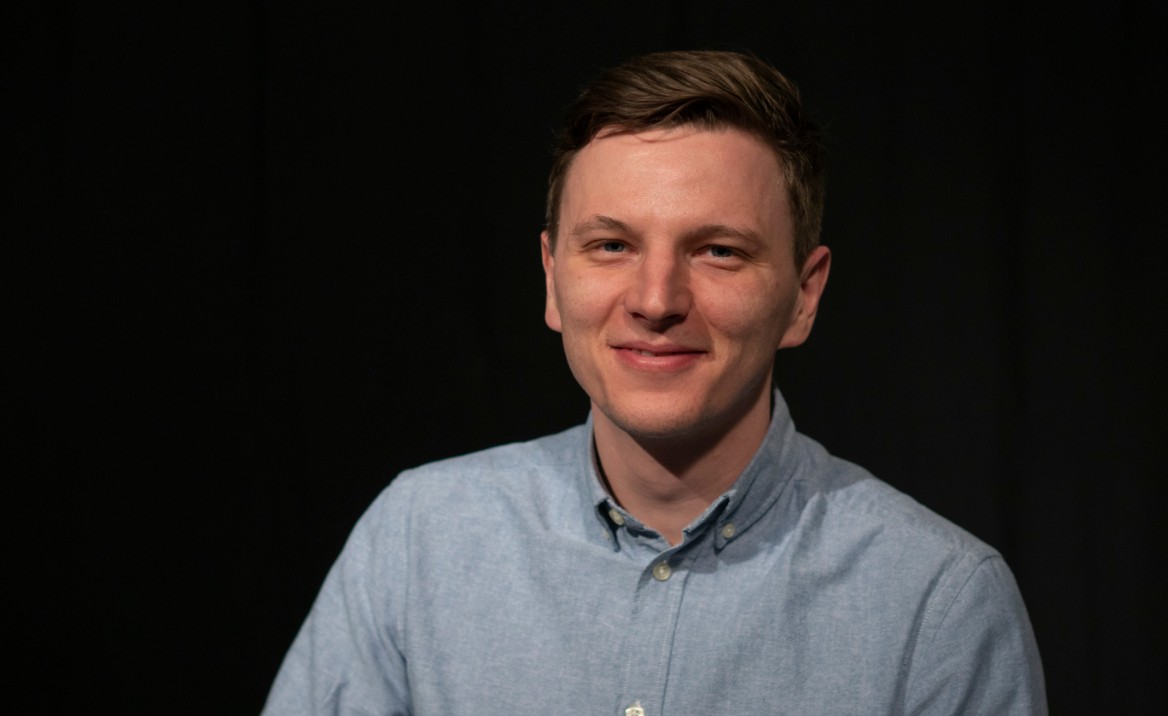 Pavel Kedich, a graphic designer, author of multimedia projects and web applications, prefers to work not on commercial, but on engaging, exciting and sometimes even provocative social projects instead.

At the invitation of the Media Initiatives Center, he conducted a practical workshop for Armenian journalists and photographers, helping to improve their multimedia projects on the platform Readymag.

Pavel Kedich considers the preparation of multimedia projects important, as they stimulate people to engage in the subject, use excavation tools and telling their story in a new way.

“For example, the desire to become known is not a bad motivation. If they meet a good customer and a good team, the ability to make good projects grows,” he said.

In the technology-saturated century, it is possible to build and deliver information in a desirable way, mixing different media types. Are new ideas born just as fast as technological innovations?

I think now ideas cannot be isolated from technology. Any idea is immediately linked to the internet, phone and technology development with the objects or platforms created.

Technology has so quickly penetrated our lives and transformed everyday life that 52% of traffic already comes from smartphones (it’s hard to imagine that only thirty years ago smartphones didn’t exist).

The Internet is on the hone which means that the phone carries out all the functions we need, it is available, fits in the hand, helps to make purchases, payments and ensures communication. It even seems that without technology there is nothing.

Are multimedia projects created with an individual approach so that a person should stay with the project face to face?

I think it’s the opposite, many projects are done with the logic of collective use. For example, the design process has changed.

In the past, there was a team that would work and the designer offered prototypes of their options. And now the methods of work are cooperative. Every designer works, sitting in front of their computer (and it is not important in what country), but all the members of the team see what they are doing in real-time.

That is a serious requirement of web design.

And the examples of Netflix, Spotify or other platforms show that the direction is group views. Spotify, for example, has family viewing packages, when you pay a bit more but the content is accessible to all family members.

If you join Netflix, you get the opportunity to connect more subscribers to the network.

That is, although personal use was originally a goal, big companies and generally technologies are interested in attracting larger and larger audiences.

In fact, these are questions we all have to think about and analyze.

It’s interesting that screens are continuously improving, by getting smaller. That changed, for example, the production of movies and the way it is shown. The show became individual, not en masse. Authors of multimedia take into consideration the individual, personalized consumption of a small screen.

I think that even if they are not working specifically for small screens, then they certainly take that into consideration.

Yes, most good ideas go straight to the internet.

Nowadays, though, everyone continues to invent the production method, but they are more concerned with how to deliver those products to people.

If in the past we went to a restaurant to eat, now services work to create new aggregators for food delivery. We order a taxi on the phone and even have no need to talk to an operator. The need to know the language of the country we are in is no longer necessary because the role of translation is taken over by the application.

Although I am not very familiar with the field of cinema, I assume it does not happen arbitrarily. For example, I have noticed that if a movie or other video content was to be downloaded, my computer’s battery dies faster than if I watched the same content by streaming online.

In other words, it is more profitable not to download the material, but watch it from the virtual cloud.

And I have serious suspicions that Netflix or other platforms think about saving energy so that users stay online for as long as possible.

Of course, I do not claim it, but it’s a fact that I save battery charge when I watch the material online, around others, not when it’s literally in my hands.

And is there a study (even a very personal one), as to which multimedia productions are able to have the most effect and involve a large number of people? Shake the virtual community.

I think that no one knows that. Web products become a serious event often accidentally, there is no guarantee that a successful project will be created.

It seems like a recipe for getting rich, which doesn’t exist. The ways of getting rich honestly are inexplicable, as opposed to the calculated use of corruption schemes.

I practically do not believe in the victory formula of hard work and persistence (it can be just as successful as it can be unsuccessful).

And those projects or startups that become known, include a huge audience and hit the right target, often have nothing to do with calculations.

Those who teach the general theory of design in universities may still insist that the form should always be in line with the content.

There are designers who righty think that bad things are not worth a good design and that the design should match the object.

For example, to advertise not the most honest way to make money, the lottery, it would be good to create such good advertising imagery, which would sell not the main product, but only to inform about its existence.

The goals are different. The customer can say that we have average content and we need to find a format that will provide the inflow of money and professionals or to make the topic interesting. As a result, it will become a starting point which will help to improve the content.

There are designers working on the basis of the concept that the form should attract visitors towards the content.

Is design the queen?

I think technology is the queen because it is the decisive one.

In order to understand what design is, you probably need a lot of time. The designers who follow the novelties clash with examples of personal experiences from other generations or contemporary designers. As a result, they become the storage of others’ opinions, and it seems to me that it’s more difficult for them precisely to create shocking projects.

Perhaps by understanding this, I try not to rely on the experience of my predecessors and explain the world without thinking too deeply about what design is.

I enjoy thinking that the world is an open and free area where people’s thoughts are about good and bad taste.

When circles and limits increase, people become the hostages of those limits. I, for example, need a little more freedom.

But do you agree that technologies make us hostages? We are constantly striving to have technological innovations, always being connected to the news flow.

The quality of modern devices is very high and, unfortunately, it is getting higher and higher and developing. New phones, new tablets, computers… It’s a race which directly affects not only designers but also all those people who deal with the meaning.

Any generated idea becomes a hostage of the screen and a means must be found which will make the presentation of the meaning more accessible.

That is, it is necessary to take into account the patterns of consumption, adapting the media project to fit several options, phones and computes at once.

Now also Instagram, which has completely changed the logic of consumption of the photos with its stories, turning landscape photos into portraits.

And it turned out, that the majority of the photos we know are no longer in this format. And these are actually billions of images that are being created every day around our horizons and in our imaginations.

It is expected that soon this will affect film as well, and films will be shot with a completely portable frame design.

We live in a state of visual overproduction. And it’s not accidental that a new term “visual spam” was born.

If we talk about overproduction, then let’s admit that there are norms. Meanwhile, norms cannot be determined by anyone.

The definition of norms is more of a personal matter. We must limit ourselves.

For example, I have set a daily limit for Instagram, no more than 15 minutes (there is an app, which sets this up).

Looking at the statistics of how much I spend on a really strange activity, by scrolling through my social media news feed, I decided to set a time limit for myself.

Mabe this occupation somewhat relieves us, as while we’re browsing we don’t think about deep things. But by limiting myself, I felt a lightness. Others may not feel it.

There is a FOMO (Fear of Missing Out) when you are afraid that you will miss something important. And the reason is technology.

If we are honest, there are actually very few reasons to be sad or discouraged when we miss out on something. It’s just a habit.

For example, being in Yerevan for the first time now and knowing that I will not be able to see and get to know it a lot of things in detail, I am not sad at all, worrying and suffering because I know that there still will be time. That there will be an opportunity to manage that time.