You Wreck The Building With A Bulldozer, And Build With More Delicate Tools And Better Professionals 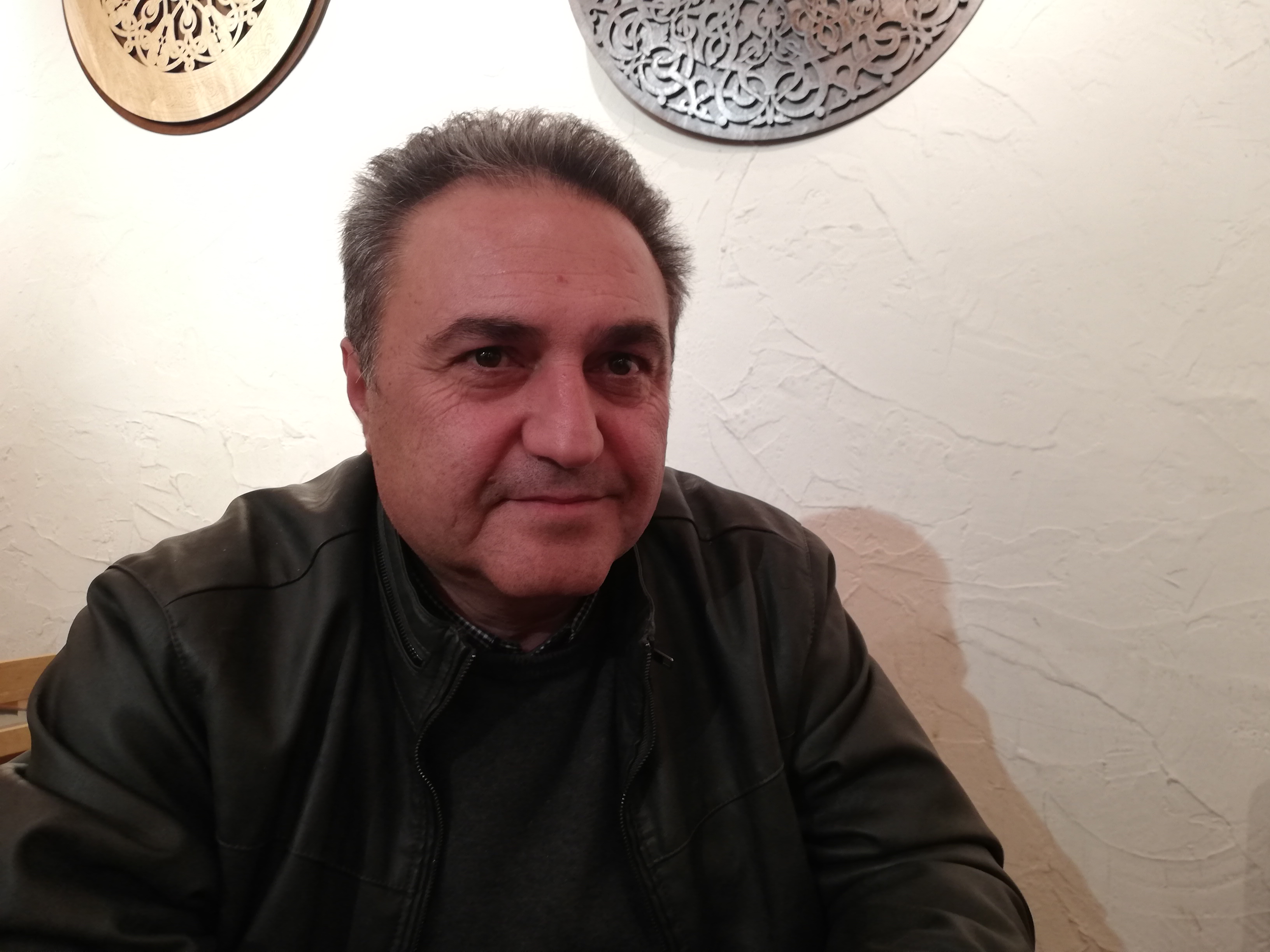 On the threshold of parliamentary elections, there are many concerns about what the next steps will be when the hopes and expectations with Nikol Pashinyan are ratified in the National Assembly as well.

Political analyst and journalist, Armen Baghdasaryan thinks that the task of the new authorities is to analyze these concerns and draw conclusions from them. Moreover, it is approach is not to destroy, but to build in the process. Both political and news media fields need to be rebuilt, as this is necessary for the establishment of the state.

There are many journalists in the parliamentary lists. Is that a sign that the media field has no prospects and is unmanaged?

No, it’s not a sign. Journalists and media managers are the class that is informed and more more less aware of the political situation. And they are always fluent.

When I look at the electoral list of Civil Contract, for example, there is an impression that evacuation is taking place, they have decided to collect a list and decided to add people left and right to that list.

But even that is ok. The impression that Nikol Pashinyan barely looked at the list is more worrying. That means that he barely looks at the role of parliament in general.

That is, maybe he sees the next parliament as also being a group of people who just push buttons. It’s a pity if that’s the case.

Of course, I cannot argue my case, because I don’t know 90%  of the list, I judge by those I know.

But there were a lot of journalists in the acting parliament. Perhaps they thought and continue to think that the problems they face can be solved not as a journalist, but rather by becoming a deputy or part of the government system.

Being a journalist isn’t a disadvantage when trying to be involved in politics, on the contrary, an advantage. For example, a physician often interacts with patients during his lifetime, and the journalist has the advantage of communicating with different spheres.

Media in Armenia is fed by dark financial sources. What will happen if the funding isn’t enough? Will they look for new ones?

The media field is in a confused state. I think that they don’t even know what will happen. I wouldn’t say that this is a search for a new owner.

Nikol Pashinyan has been the head of a news outlet for many years, and naturally, now the head of any media outlet will not secretly put money out of their pockets, they wouldn’t allow oligarchs to do so.

But it is important to take the next step, which the state must do to ensure fair competition. In the same way in which it is necessary to do in the economic field.

Of course, free media is not desirable for any government because they do not want to make free or opposition press. But a person who thinks about not a government but a state, must take that step. And this is exactly what differentiates a politician from a state figure.

Now we are reaching a stage when the new government is enjoying almost absolute support. They are loved, they will have executive and legislative power. Will there be steps towards self-restraint?

If Nikol Pashinyan wants to become a statesman, the next step should be that.

Now he has a great resource and can afford luxury, not to be afraid of competition. And a year later, his 80% would be a 50%. That is, if he does it, he needs to do it now, because he won’t do it later, he’d be more cautious.

The limitations of one’s own powers isn’t done by a decree. If the state wants to have a strong opposition rather than an artificial one, there should be conditions for the financing of opposition parties and the support of independent media, which is why the authorities limit their powers.

Perhaps I’m saying something very romantic, but there is no alternative to this.

More precisely, it exists, there are both “pocket” parties and alleged oppositional media.

We have gone through it. It brings about a bad ending, with the authorities (as we saw in the case of Serzh Sargsyan) and the state overall.

You cannot have a political monopoly and fight against all other monopolies.

But how will money flow into the media field?

The ideal way would be that the public finances the media, the consumers of information. In our case it’s complicated, in Armenia, people have no money, laws are imperfect (say, laws on advertising), businesses are pressured.

In this situation, the state should support the media. I don’t know how. I don’t have an idea of what kind of mechanisms ought to be used, perhaps it’s possible by discussing it with the media community.

It needs to help produce quality media. And it shouldn’t be done in the shadows, but publicly. Just like the rest of the state budget is published.

For example, the state provides subsidies to hospitals and we know about it. So why should media support be secretive?

I don’t see anything worrying, but I see worrying gestures. There will be no opposition in the new parliament, the real opposition will be formed outside.

Perhaps that is good, and it will make civil sector become stronger?

This is really an exceptional situation, also a temporary one. A moment will come when people will say, we don’t understand, it’s like we have to rely on others.

That moment will definitely come and we should either have a normal, healthy opposition pole, or a new “Sasna Tsrer” or a new wave of emigration.

The problem is that the elections were not only extraordinary, but also rushed, the new parties did not succeed in forming or reshaping.

The problem isn’t that it was rushed, but the fact that the elections will be held in accordance with the old code, which has many shortcomings. It’s something else when you choose a party, it’s different when you choose a boy from the neighborhood, a friend, or “our good friend’s friend.” There is no political component in the second, meanwhile the parliament is the number one political party.

Are there signs that there will be a better government plan?

The building is demolished by bulldozers, and more fine tools and better specialists are needed to build a building. After all, you can’t build a new home with bulldozers. The old one was destroyed, let’s see how they will be able to build.

The main advantage of Nikol Pashinyan is that there is no person in Armenia who can deceive him (as he says). At least, he did everything right to destroy the old system. Now let’s see if he will build the new one in the right way, or if his only purpose was to destroy the old one.

And with the same approach, can media managers seek to have a new, more free press, or better specialists?

If they want to, they can, because the editors know everything about the news. In other words, they know how to make good or bad news outlets.

There was a certain public or sponsor demand, and they did what they wanted. There are staff which know how to do different things.

For example, the best policemen are former pickpockets, who know all the tricks of thievery, but when they become policemen, they use their knowledge to do something else.

In the past, some 300,000 people have been involved in soe offenses (unwillingly  or willingly), but that doesn’t mean that everyone should be wiped out. There should be some standards, conditional red line, which, of course, will not be fixed by law but will function.

Of course it is alarming. Many have this concern. I am sure that Nikol Pashinyan does too, but maybe he has no time to deal with it.

It seems to me this is the case. Nikol is busy in the morning, traveling to different countries, meeting, discussing, less engaged in his narrow circle (15-20 people), each of whom collects their friends and close ones and fill them into the political field.

There will be a moment when Nikol is going to turn and see that there is no one in his government from his circle, and instead it’s the circle of people in his circle. He will see that he has no support because he did not have time to gather his team, and everyone by his side has already done it.

That’s going to become a problem, because the state system will weaken. Who will be guilty if that happens?

Perhaps loyalty to the movement is still a priority.

As a rule, a dog is loyal to a person. Man is loyal not to man, but to an idea, purpose and plan. Suppose that Nikol is surrounded by people who are loyal to him personally. Then what? If Nikol changes his plans, with they continue to be loyal?

In fact, the name Civil Treaty is very good, people will not always assimilate with the party, but cooperate for a certain period of time irrespective of their personality.

That is, the parties have obligations. And if Nikol Pashinyan has realized that, then he understands the other things as well, and he has the same fears that we have.

Of course, I’m not sure, but I’m an optimist.