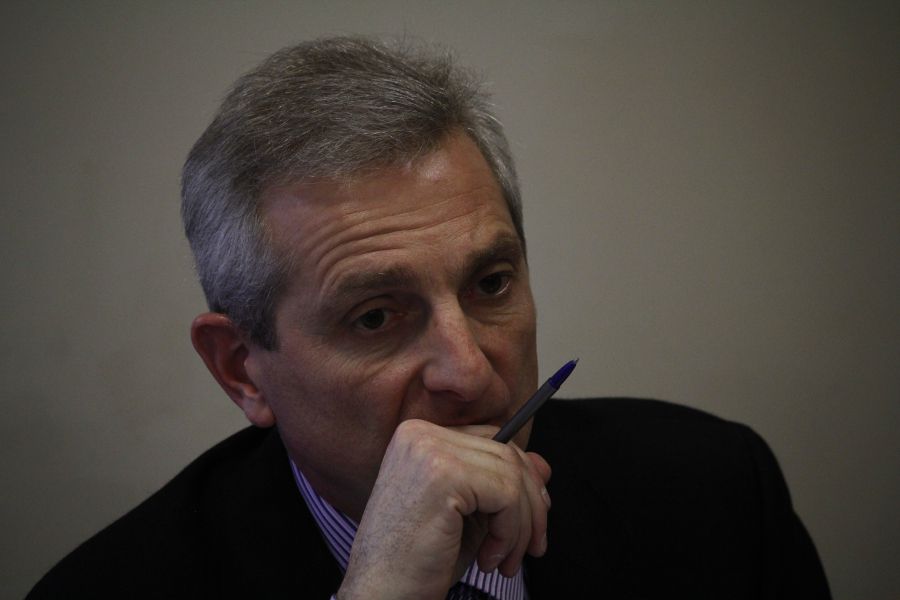 He has three cases of Armenian journalists’ complaints with the UN Human Rights Committee and the European Court of Human Rights. The examination of the cases of Gevorg Ghazaryan, Hakob Karapetyan, and Tehmine Yenokyan at international courts could become a good precedent and inspire those journalists who don’t trust the domestic courts.

In different local courts, you have to present the same case in different ways every time because the courts each have a special function.

The plaintiff’s motivation is very important. There are journalists who follow up on their cases, are prepared to allocate time to the examination, and have expectations from the justice system.

Some journalists in order to dismiss a case provide such absurd explanations that it’s surprising.

Don’t they trust the justice system?

The matter is not so much about expectations as about delaying the court process.

Due to their heavy daily workload, journalists can’t keep up with their cases or they forget about them.

Imagine, 120 lawsuits have been filed since 2008, but we’ve seen no results. That is, no judgments have been made.

I don’t see sufficient political will to examine those cases and issue judgments in a short amount of time. And in some cases, the examination may take two-and-a-half years.

I see here covert indifference and inaction. Covert because though I have no proof of the lack of political will, I have statistics of many delayed cases. These delays in international courts work in the plaintiff’s favor.

What verdicts do you expect from the cases of Gevorg Ghazaryan, Hakob Karapetyan and Tehmine Yenokyan examined in international courts?

I am convinced that we will win those cases. We appealed to the UN Human Rights Committee for the first time; it’s a very influential institution, whose judgments are more political. As you know, this international organization conducts monitoring with governments to determine the living standards of the population, including issues regarding the protection of human rights.

Picture the ensuing image if our government presented one situation, while the results of the case under examination prove the opposite.

The Electric Yerevan cases have been circulating since December of last year — the Human Rights Committee has asked the Armenian government for clarifications.

This can later become a good precedent for journalists and perhaps also judicial bodies.

What options do journalists have outside of Armenia in the defense of their rights?

Specifically in international courts, I prosecute my cases with the support of the Committee to Protect Freedom of Expression. Journalists alerted the Committee that their work activities had been obstructed, and the Committee, in turn, examined their complaints and processed them. I was entrusted with the defense of some of the cases.

Today there are many local and international organizations that can deal with the issues in the defense of some cases. Though many don’t have sufficient resources, if they are coordinated in their work, there will be results.

The time has long come for journalists in Armenia to establish a labor union, which will respond to and deal with not only social, but also legal matters.

Simply that in the process of establishing a union, needs must be properly assessed, the objectives should be clear, and there should be a good database of collaborating institutions and experts.

And what to do when journalists are wrong in their actions?

I agree that often also journalists don’t work in conformity with the law, particularly during protests, demonstrations, and public events.

In my research, I’ve come across instances when a journalist in a specific situation became a human rights defender and asked police officers why they were detaining someone. Of course, this is a violation of professional functions, which officers should respond to lawfully and not resort to jostling.

Yet, more widespread is when during such mass events journalists become political activists and begin to call for this or that.

In such cases, they weaken their defense in the courts.

Where else does the defense of journalists’ activities become difficult?

There are various circumstances in the protection of copyright on the internet, which complicate the examination. They’re mainly dependent on rapid changes in the IT sector.

The law is unable to respond quickly to these changes and in many cases falls behind. The logic of the same case may change over time.

In general, I love collaborating with journalists, as it’s a good opportunity to get out of legal categories and look at matters from the journalist’s perspective.

A new outlook makes a lawyer’s work easier during the defense of a case. And breathes new life into the process.