“Words can be very dangerous, they can even break bones” 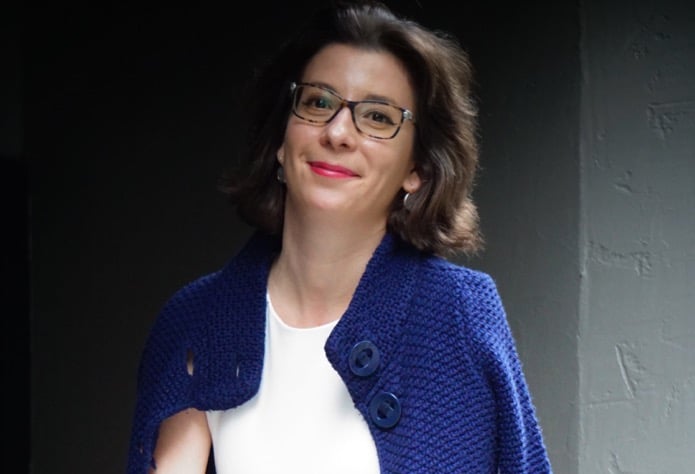 Anna Szilagyi is an expert on media, communication, and politics. She is an adjunct professor of communication at the Savannah College of Art and Design in Hong Kong where she also teaches a course on media literacy. She is the founder of Talk Decoded, a blog about the power of language in politics. Her educational program, Words Break Bones (WBB) provides children, teenagers, and adults with crucial linguistic skills to identify, resist, counter, and avoid abusive, discriminatory, and deceitful communication practices in private and public life.

As social beings, we are conditioned to downplay and belittle verbal abuse. The “innocence” of words is routinely imprinted in us through popular phrases and sayings which contrast verbal and physical abuse. For example, a well-known English-language rhyme, “Sticks and stones may break my bones, but words can never hurt me”, teaches children this very idea. But Anna disagrees. Actually, her educational program aims to debunk such deep-seated cultural stereotypes, demonstrating that words can hurt and may even “break bones.”

WBB is also used in media literacy programs, teaching laypeople as well as journalists and media professionals about the linguistic means of accurate and fair reporting.

Recognizing and distinguishing linguistic forms of manipulation is every journalist’s task.

We talked with Hungarian expert Anna Szilagyi about the power of words in Yerevan where she hosted a workshop for journalists on disinformation and propaganda.

How can propaganda be distinguished?

There are different things to consider when we talk about propaganda. First of all, to speak about something more general, you always have to consider framing. According to the American linguist George Lakoff, frames are mental structures that are evoked by words in people’s  mind.

Meanings, you know, are not fixed. So the very same issue can be framed in very different ways. Think of colors, for instance. It is possible to evoke negative and positive frames when we talk about a color.

In other words, basically, anything can be framed in various ways. In propaganda discourses a particular vocabulary used in a way that only specific  frames will be activated in the audience’s mind. In this regard, it is also very important that the language of propaganda is repetitive: the same terms are coming up all the time.

Scholars have also observed is that if there are no words to express a particular feeling, notion, or phenomenon, it’s very difficult to frame that notion, feeling, or phenomenon.

Basically, if there are no words, no frames can be evoked in people’s mind.

So, if you think of propaganda, the fact that certain words, terms are missing from its language, it means that it can be very difficult for people to think about certain ideas, notions, interpretations.

In Armenia, it is common to turn big, general, and abstract words into grounds for propaganda; for example, speaking on behalf of the nation.

First of all, I think it’s a global issue. There are certain metaphors that are very popular in political language in general, and in the language of propaganda in particular. Military, army metaphors, for instance, are like that.

We tend to assume that poets and writers use metaphors to make their ideas more expressive. But actually we all use metaphors, and research shows that we also think in terms of metaphors.

So when you hear something like this (“nation-army”), when you hear a metaphor, you will think, for instance, about people, groups, nations accordingly.

Lakoff also showed, that in political discourses states are commonly presented as individuals, basically as a person who has neighbors, friends, habits, character traits. So there are common ways to  metaphorically conceptualize nations and states. We see that across time and space.

How can we survive propaganda? Especially when it reaches our eyes and our ears every day…

Education, of course, is very important. And it’s a pity that most of us know only a little about language. This makes us vulnerable to manipulation or generally to the discourses that are used by media outlets, politicians, or even our family members or friends.

When we talk about manipulation or propaganda, we often think of states or parties or media outlets, but actually, manipulation also happens in everyday life.

And the techniques and speech strategies that support it, are pretty much the same in public and private discourses.

It is really crucial to learn media literacy skills, including skills that could help us to decode language more effectively. So that when we come across a particular rhetorical device, we can notice it, resist it, or equally importantly, avoid it.

We all use fallacies, and I am sure we all use metaphors that are not necessarily appropriate in certain situations.

So it is also important to pay attention to our own language use, and not just to the discourse of people who have access to the public. People like journalists…

How are speech manipulations used in everyday life?

I can give you an example. There is a manipulative speech strategy used by individuals, collectives, society, and sometimes states. It is called the “victim-victimizer reversal.”

This fallacy, to put it simply, presents the aggressors as victims, and the victims as aggressors. On such occasions, people who victimize others claim that they are the victims of those whom they abuse.

This strategy is used in private life, in families as well. On my blog, where I normally analyze political language, I recently published an article about Alex Tizon’s short story, “My Family’s Slave.” I introduced how victim-victimizer reversals were used by a family who enslaved a woman for a lifetime.

So don’t think that manipulation always concerns the state level. It can come up at very different levels.

Besides its more specific historical, political, and social implications, “My Family’s Slave” teaches us a universal lesson about the hidden mechanisms of abuse. Namely, that abusers — including political regimes, societies, institutions, communities, families, and individuals — will typically justify their abusive deeds by reversing the victim-abuser roles, presenting their actual victims as abusers and assigning the role of the victim to themselves. Even genocidal regimes utilize victim-victimizer reversals.

We tend to downplay the significance of language and think that actions, deeds are more important than speech. There are many sayings that support this idea, like “actions speak louder than words”.

But I think this dichotomy is false. Words are very powerful.

Words can be very dangerous. And yes, words can break bones.