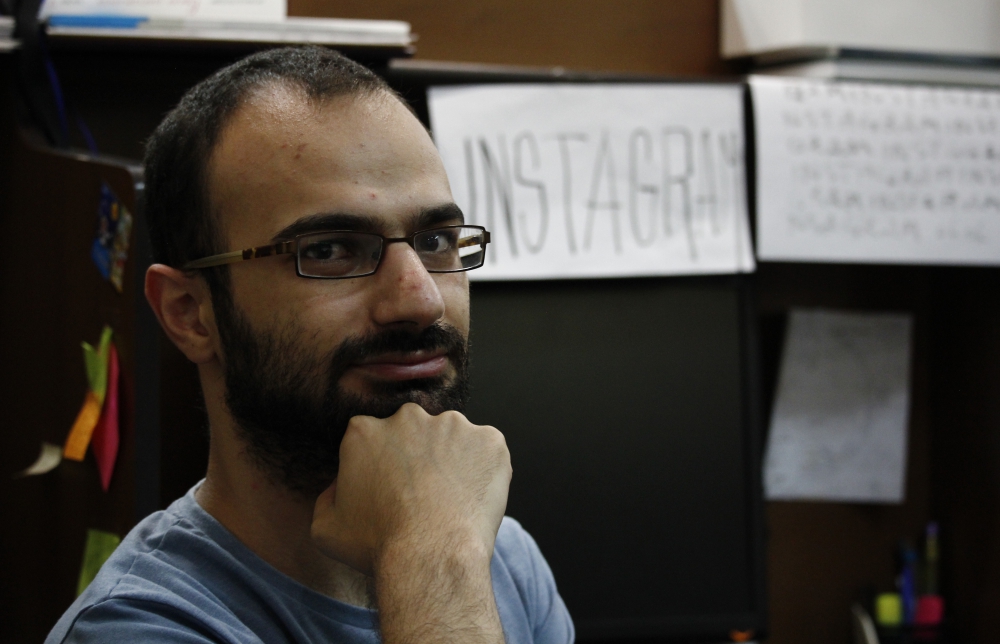 Nikolay Torosyan for three years has been the editor of one of Armenia’s oldest news websites, PanArmenian.net. He received his professional education from the Russian-Armenian (Slavonic) University. He began at the Regnum agency and has worked as the chief editor of the news website eMedia.am.

Actively engaged in journalistic activities for a long time, Torosyan has mastered the editorial skills that help to distribute time and resources correctly and keep journalists motivated.

In today’s information mess, he places importance on the correct delivery and selection of topics. Before publishing any story, Torosyan tries to find the answer to the key questions: for whom is the information and for what purpose.

For a long time we tried to work in the traditional way, then we understood that it’s not interesting for us, we weren’t getting pleasure from our work. We didn’t have the results we were striving for and the audience we wanted. We felt that we had creative ideas that had remained dormant inside us for years.

We began to use the team’s potential, emphasizing photos, interesting design, the delicious humor. And most importantly, the editorial freedom.

We don’t think about interesting and distinct delivery in the case of all events in Armenia or abroad. In reality, we have a great selection: humor, trolling, infographics, interactive visualization, and so on.

Sometimes we have many cool ideas, which we can’t realize mainly for financial reasons. In such cases, we put aside the idea and move forward, since time management is important for the publication.

A lot depends on audience demand. It’s important for us that the audience associates itself with us, becomes loyal — through interactive communication.

We were one of the first to have online surveys and tests, to check the audience’s knowledge of an issue.

The audience both in Armenia and abroad is like a capricious woman: she likes it when she is surprised, heard, understood.

The media in the world is constantly changing; the audience also changes.

In the media industry, that change is due to social media. There are websites that decided to move to Facebook then saw that they don’t work well like that and returned to being a website. Many have neither big resources nor ambition.

That is, in your case humor helps to gather an audience and get good results with little money.

Honestly, yes. We’ve ruled out vulgar humor; we try to offer refined humor. We don’t do humor for humor’s sake; we do it for certain purposes. Often it brings fantastic results: increasing number of views, raising our image, expanding the connection with our audience. There’s this rule: humor must be true, tasteful, and beautiful.

When we began to create humorous content more often, our audience reacted quickly, writing that probably our team was joined by new employees who have creative ideas. In fact, that creativity was within us, the old employees. 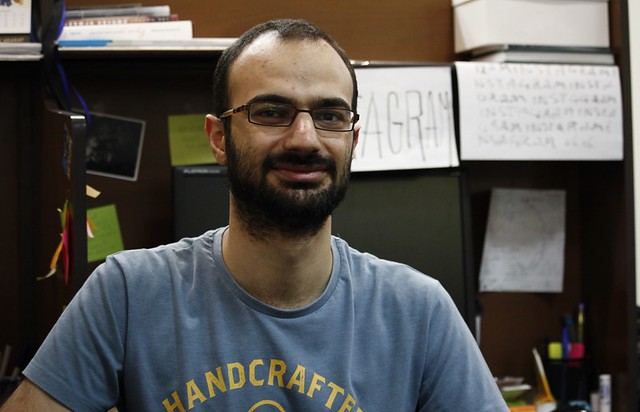 What did we do? We placed importance on packaging. Because it’s possible to write a really good story, but with bad packaging, it won’t work.

Success is team work; it’s important how you write your story, how you edit it, how you share it on Facebook — with a special photo or without? with a link or without? and so on.

In the case of a small market, isn’t it hard to have distinct content?

Many sites tried to find solutions, opening “style,” “sports,” “health,” “entertainment,” and other sections, but media managers aren’t satisfied with the results. Those sections aren’t growing like the main site. Subsidiary brands can work more effectively; when a title or section separates from the newspaper and becomes a new product.

Identification is important. That is, if a person is asked what he associates a particular media outlet with, he has an answer. For example, he associates the site with investigations, verified news about the war or health stories, and so on.

On the other hand, Armenia is not that country where there are topics that generate global interest. For example, Tesla cars aren’t made here, which for a domestic or foreign journalist could’ve been a source for an interesting or distinct news story.

Can the media itself create that information opportunity?

In my opinion, the media doesn’t so much dictate the agenda of the life of the country as reflect or resupply that agenda.

Do you see a connection between our reality and the reality presented in the media?

In some cases, it’s too black; in other cases, too pink. That is, we haven’t been able to find the golden middle yet, since we too are a product of Armenian society.

Every journalist embodies her society’s defects and advantages.

We’re extremely pessimistic. The story that Armenia had record-breaking exports in 2016 won’t be read as much as the story that describes how some person in Armenia hit some other person. I think the reason is people are programmed to consume negative information.

It surprises us when we see that positive news stories sometimes get a big response.

Recently we had produced a story on doctors fighting for the lives of the quintuplets born in Yerevan. The reaction went through the roof.

But there’s the impression that the audience in Armenia doesn’t demand the media to change.

The profession of the journalist today is being transformed. How is this happening in Armenia?

Let me say something simple: journalists must be able to read stories at least in English and Russian, since we live in a rapidly changing world. I don’t understand journalists who several times a week don’t read The New York Times or The Washington Post, don’t watch special programs, don’t read investigations, and so on.

If they don’t take an interest, don’t dip into international news, they’ll never understand what the global audience needs and what sort of information about Armenia will interest readers abroad.

Today, competition among not only publications, but also journalists has increased. Recall the era of blogs, journalists competed with them, and now social media has thrust a new challenge. On social networking sites today there are users who have a larger audience than many media platforms. I won’t even talk about the social media pages of famous people.

It’s a trend in the world that in Armenia is expressed weakly.

Those pages can compete with the media, since the star or famous person, unlike the media, has a more dedicated and faithful audience, while the media outlet’s audience varies.

In Armenia, there are advertisers who would prefer to give money not to a media outlet, but to a star, who will upload a photo of their product on her Instagram account.

This forces us to increase brand recognition online and among the public. And to acquire a more loyal audience.