“Very few journalists have their own voice” 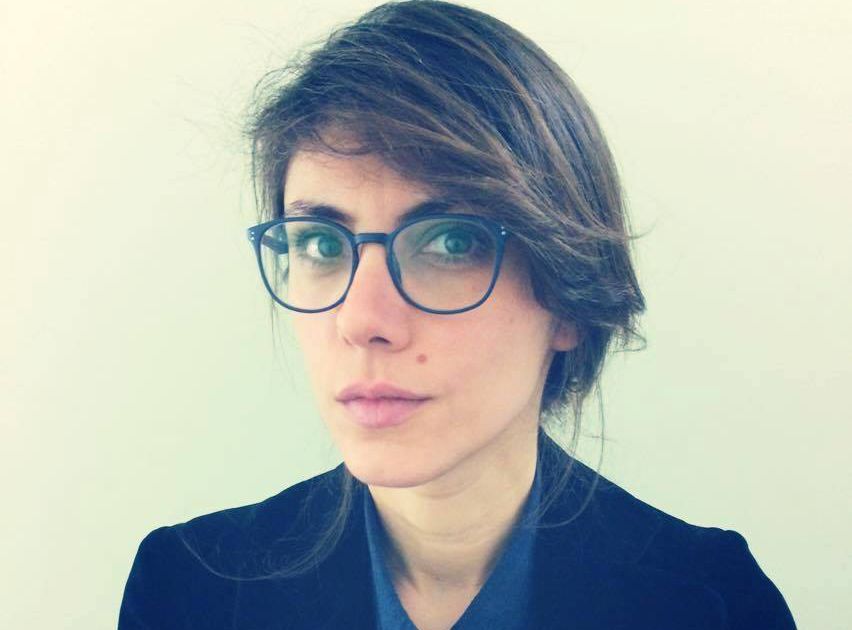 Roubina Margossian is one of those journalists who not only by fate, but also by their own volition fills one of the gaps in Armenia’s media sector — the accumulation of content about Armenia in English.

Living first in Beirut then in Yerevan, she managed to find her place in the most difficult of professional fields, on which language is based, as a way of thinking, a culture, and an instrument. And it is the mastery of this instrument that allows her to connect Armenia’s reality with international attention.

Margossian has worked at Armenia TV and CivilNet, and now at the online magazine EVN Report. She says with conviction: “Nothing can come from outside and be your saviour. It’s always interesting when created is the total sum of changes.”

The fact of being born in the diaspora makes the journalist writing about Armenia more sensitive and at the same time, determined.

It has become so that a journalist in Armenia is also an activist and has a position she’s in no hurry to conceal. Doesn’t this lead to a contradiction?

I don’t see anything wrong with this. I think journalism has passed the stage when the absolute lack of subjectivity was considered a virtue. The journalist is a subject and must exhibit signs of her opinion, since ultimately, there’s the need for it. This is also what helps the journalist to establish herself.

Complete objectivity, in my opinion, today is not constructive.

By the way, in Armenia, we often perceive objectivity as superficial. It seems we have a misconception of what the public demands. And it turns out that the public doesn’t take journalists seriously and journalists don’t take themselves seriously either. What prevails is the notion that working as a journalist means holding a mic and audio-recording. And some journalists have so few readers and listeners that they’re unable to establish themselves as individuals who have a voice.

Actually, very few journalists have their own voice.

Armenia-Diaspora relations inspired enthusiasm 20 years ago but then seemingly faded away.

These relations, in fact, have never been established — not just broken in recent years. This is a two-sided issue.

The two sides have to reconsider the reality and facilitate conversation. Now this conversation begins fervently, but over the years, it can be developed more and turned into a civilized dialogue.

In any case, during the parliamentary elections we saw that a group of famous diaspora Armenians (Arsinée Khanjian, Atom Egoyan, and Serj Tankian) spoke for the first time, saying our situation isn’t good, and if you’re really concerned about Armenia’s future, let’s expand the scope of concern, and not only talk about schools and buildings. Ultimately, if we’ve built a country, we must build a society, in its various manifestations.

I, for example, living in the diaspora, didn’t study under better conditions, in more beautiful and warmer classrooms, than local Armenians. But for some reason we were more concerned about Armenia’s fate and routes.

There are diaspora Armenians for whom Armenia is Disneyland.

And some say, why are you picking on the diaspora structure? It is the core of our identity. After all, it’s thanks to the diaspora that we’ve remained Armenian. But it’s interesting that every time they come to Armenia, they realize that the continuation wasn’t preserved.

Probably the stereotypes get in the way.

We’re such a mono-ethnic nation that it is not really about stereotypes; it’s that we don’t have the experience of living with people different from us. And we’re also surprised that the world comes to us because we’re not used to the fact that people feel good by coming here. They often ask, why did you come here, what are you going to do, what good did coming here do? And these are questions in search of meaning.

A local Armenian seeing another coming here, reconsiders his plans. As though he thinks, wait a minute, if I want to leave, but this person has come here, then there are opportunities that I don’t see. Then there’s something to do that I haven’t thought of.

Sometimes when talking about emigration, we don’t consider the freedom of the individual. Ah, he left; let him go… That’s his decision, as is coming. All over the world, people are constantly moving. Canada has the largest number of citizens who live outside the country. Of course, our problems are different, but we identify with everything so much that it gets labelled the same.

People go because they want to also have a different experience.

Aren’t you afraid that EVN Report, where you work now, may be aimed mainly at diaspora Armenians, which will shrink the audience?

Since EVN Report is only in English, there was a concern that the readers would be mainly outside Armenia. But we found that half of the readers were local Armenians. In any case, we try to choose the contributors and topics, trying to maintain a balance.

I truly believe that EVN Report will become established. We don’t have a newsfeed or journalists; we try to showcase different voices because we want the contributing author’s voice to be heard. For that reason, we also upload the audio versions on the website.

Are foreign-language materials needed especially during times of upheaval?

No. There’s generally a high demand to receive and understand information about Armenia. And definitely not only in English. Perhaps also in Western Armenian.

The Armenian media outlets in the diaspora are in a worse situation than those in Armenia. They’re more limited, conservative, and more one-sided. Many Lebanese Armenian-language newspapers, for example, are today’s Dashnak [Armenian Revolutionary Federation] version of Soviet propaganda.

There also isn’t good-quality Russian-language news coming out of Armenia, which is very strange for me. The media sector’s diversity should be not only in the ways of working, but also by language.

And it would be great for there to be a Russian-language platform in Armenia, with an alternative way of thinking. Much happens in Russia, but Armenia, which is so connected to and interested in Russia, doesn’t even convey basic information. Huge protests happened in Russia, but in Armenia, the news was touched upon only slightly, in just one paragraph.

Probably the problem is funding. The funds provider also determines the content.

In Armenia, there’s almost no independent media outlet because when you acquire funds from somewhere, the restrictions also begin.

It would be interesting if Armenia’s media had the option only for crowdfunding. It would become an opportunity for independence, since if you develop a structure that people believe in and for which there is a need, the reader becomes a participant and a shareholder.

I understand that this is hard in small countries, since readers and followers are scarce. Even if we consider a percentage of the diaspora, the money collected won’t be enough for the media. It might be a huge failure, but we can try. This is more interesting than having a huge amount from one source.

Have you met with the opinion that we’re a country at war, and so we shouldn’t talk about problems?

It is sometimes said that you shouldn’t criticize too much in tense situations, but, in my opinion, this is exactly when that’s needed. Much is swallowed up in a war situation.

For me what was most important was working during the 2016 April War, since there was little news in English coming out of Armenia. Of course, we all contacted the defense ministry, and we didn’t have the option of exclusive reportages. But doing interviews in English with Nagorno-Karabakh’s foreign affairs minister and representatives of the president’s office was necessary.

It was important to give these people a voice, so that people outside the country see that there are advanced, educated, and beautiful people here. Also government (though unrecognized).

But of course we also had another problem. CivilNet’s English-language reports were watched the most in Azerbaijan. And we were trying to understand how open we could be.

In your opinion, what’s missing in Armenia’s media sector?

I think, first of all, it’s necessary that media outlets that think the same way cooperate and dialogue with each other on some level. After all, we’re all in the same stagnant situation.

One news outlet has one resource; another has another. I’m sure that if, say, the journalist who speaks English in one media outlet joins another media outlet’s photographer and a third media outlet’s ability for live broadcasting, we can do good projects. It’s just that someone has to take the initiative. There’s no culture now for combining our resources and, for example, conducting a long-term and deep investigation.

I believe there’s a lot to change here, and everyone’s actions, though small, can lead to results.

In Armenia, the professional has work to do. And in all sectors.