“Educated and free people must flow into and invade life”: Ashot Bleyan 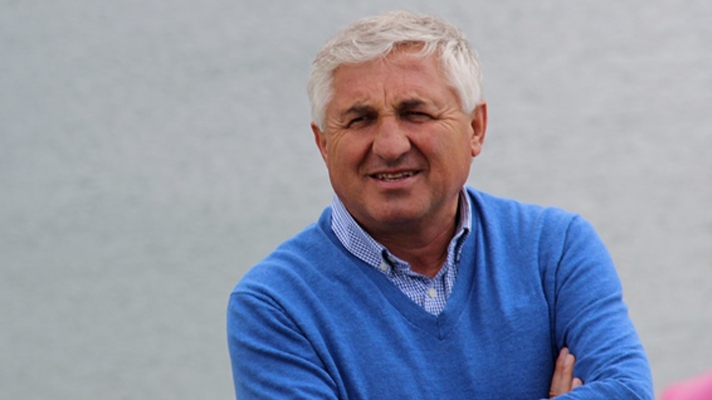 The Mkhitar Sebastatsi “educomplex” has long been using new media tools in the educational process — and successfully. Without exception, all the students and teachers have spaces to blog, where they post assignments, create, and interact with each other.

School principal Ashot Bleyan likes to reiterate that people are at the center of education. “People who are media literate and are able to orientate themselves within the flows of information,” he says.

All the parts of the school (the kindergarten, elementary school, middle school, high school, colleges) work according to the principle of networking — connecting with each other, branching off, and merging.

“It’s been a long time since we asked anyone for anything. We have our blogs, our websites and other media tools that are our own (and, unlike television, they’re cheap), and that’s what we work with,” he says.

He considers teachers the cornerstone of education, as well as those who stand alongside children and with their example, way of speaking, and behavior, serve as models.

Generally, primary and kindergarten school teachers and principals in Armenia often don’t even realize that they’re undermining and distorting children’s self-esteem, when they consider it their duty to mold children as they were molded when they were children. This resembles a closed, vicious circle, which comes and extends from those days when schools were considered ideological structures, and now, as the props of the ruling party.

Bleyan connects the change in the educational model with the revelation of independent Armenia’s third-generation teachers. In a free world will be those who are inwardly free, and they decide what to watch and what not to watch, which platform and person to trust and which to ignore.

Time is a precious resource, and wasting it on superficial education is a great luxury — and also pointless.

The educational complex you founded has its own personality, especially when you compare it with the other state schools that have a uniform educational structure. Is it hard to have a personality?

For some time I underestimated our achievements, but now, seeing the results, I am proud.

At the school it’s not just the children, but also the teachers, who with difficulties, initially resisting, arguing, were able to cross a certain path and now they determine the educational path. At our school are young, enthused people who in their blogs offer such organizational solutions that I think how great it is that I haven’t actively interfered in their work, but that I let them decide the direction.

Our teachers have been up on current trends for a long time, which is very important. Independent Armenia’s second generation has been born, and that is already evidence of generational change.

For them, the media is a self-determination and distribution tool, and I believe that the application of this tool must be widespread in the educational sector. I provisionally call this tool “blog instruction,” but it can be called something else. Actually, critical thinking and the freedom of self-expression begins from the media itself.

Many of our students launch their online platforms, hold discussions, and exchange opinions, And it’s more engaging than what the major media organizations do, since behind small initiatives, it is the person, the individual, the author that appears and is praised.

School is a structure that is molded and molds, where expressing your own ideas is not always encouraged (or even allowed).

Don’t think that the situation is different in the world. Actually, school was created with the aim of packaging the child. By and large, Armenia’s reality doesn’t change for the reason that people, the family, the authorities, as well as the other segments, prefects and principals, haven’t changed. So how can the school change?

Do you think that the school’s fate is decided at the school? No, [it’s decided] at a completely different level.

All public relationships must undergo change. And all at the same time. Just as how the spring comes and heats the soil.

Great things are happening in our life now. Five years ago this conversation would’ve been impossible. Ideas must mature, just as the crops do, so that we too change.

From my experience I know that there comes a time when children inwardly accept that it’s better to be silent during class and not attract unnecessary attention. As a result, many children are unable to expound their thoughts.

Forgive me, but does a teacher express thoughts? Usually, they teach the lesson as it’s written in the textbook, without doing extra work. And it makes no difference what subject is being taught: literature, history, or science. There are formulations, and they reproduce them. Like an audio recording on constant replay.

It has been agreed in the family, in society, and by the authorities that this is education. But I’ve spoken at great length about this; I wouldn’t want to repeat myself. More interesting to me is the progress that’s happening at our school. The educational program we developed has three important points: media education, calendar, and instruction by design.

Ultimately, the calendar, that is, public life, is the organizer of education. Life has become the client of education.

Yes, because the state has not set equal conditions for everyone. There is the state program (the client is the Ministry of Education and Science; the developer, National Institute of Education), which 1,400 schools are subject to. There are processes to write textbooks and train teachers, which many people are dissatisfied about, but they continue to work with them anyway.

The worst thing is the augmentation “anyway.”

And alongside this is a second educational program. Some call it alternative, but I call it modern, since, in fact, the main program is an anachronism, while the organizers of our education are born in today’s society. That is to say, working at our school are people who’ve become established during the last 25–27 years of freedom, autonomy, and sovereignty.

Our program is a text directed at parents, at society, to those who see its future. And it’s a good sign that the number of students at our school grows. There’s emigration in Armenia, but our client, who is the average local Armenian, chooses us, though we’re located far from downtown Yerevan. Now only 20% of our students are residents from the South-West district [Malatia-Sebastia], while for 80% it’s not an alternative but a real choice.

You also ensure that the students listen to and interact with not only the teachers, but also the diverse guests, who bring a breath of fresh air to the classroom. Is this a principled decision?

Of course. People known not for their position but for their work come to our school and offer workshops (roundtables, classes, meetings, and so on) to the students.

They all bring new remarks, ideas, a culture of discussion. Since the start of this year, more than 100 new people have come to the school, bringing with them new approaches, different educational programs.

You won’t see anything like this in the other schools. And this fact alone is enough to convince us that school in Armenia is a closed and mindless system. And the mindlessness not only has become established, but also is controlled and protected, so that the mind doesn’t suddenly come through.

But this system, after all, must change, since it has no prospect or room to develop. Where are we going to go? We’re not going to go — we’re already there…

And why isn’t learning seen as a pleasure in many schools?

I don’t want to talk about that, since I have nothing to do with the “neighboring state.” I’ve already passed the stage of talking. What interests me is the spread of our program.

And since we live in an open system, whoever wants can take the educational program we developed and use it. We’re not an island — our program is already being used in four border villages: Yeraskhavan, Bagaran, Yervandashat, and Margara.

It’s important to assess the situation correctly. If there’s a path, why not choose it? What’s getting in the way of our primary and kindergarten schools in villages and different cities to be in equal conditions with state-certified educational institutions?

Don’t let them say that we’re alternative or opposition.

Yes, I always oppose stupidity. How can I reconcile with regression? I’m not a ruling authority, I’m not an oligarch; I go where I want with my bike; I also haven’t changed my political views.

I want society and especially parents to see that we’re a public educational complex. That is, in pedagogical terms, our school is the request of an open society. There are other schools that have their own programs, where they collect the good harvest like choosers and exporters, but they don’t grow it. Whereas at our school there’s no advance selection: ordinary children come, and we tell everyone with a smile, welcome. I’m talking about complete inclusive education, which is public education.

Isn’t it dangerous, living on an island, having alternative status?

No one wants to live on an island, though they’re pushing us to do just that. There’s a time when you really need to become an island, become closed, to protect yourself and your ideas. But, of course, not to close like the Mekhitarist Congregation, which closed and never again opened. That danger is always there: not to be cut off from life, being a monk.

Last year we resolutely got rid of the fence surrounding the school, and I considered that a political act. With one stroke we immediately eliminated the kilometers-long fences, boundaries, and enclosures surrounding all our seven buildings. We opened the slopes, the walkthroughs, the free spaces.

That is, we erased not only the borders between inside and outside, but also the differences between us and the neighborhood.

That was a very effective move, since the idea of being an island was excluded. Though breaking the fence was a physical act; it was also a media step. There are no borders: erase the borders from your minds.

Ultimately, we have to go to the city and dismantle all the fences. Educated, free people must flow, come out, and mix with the public and say, enough gossiping, complaining, grumbling…

Get into life with your most capable aspect and initiatives. Invade life, so it will change.