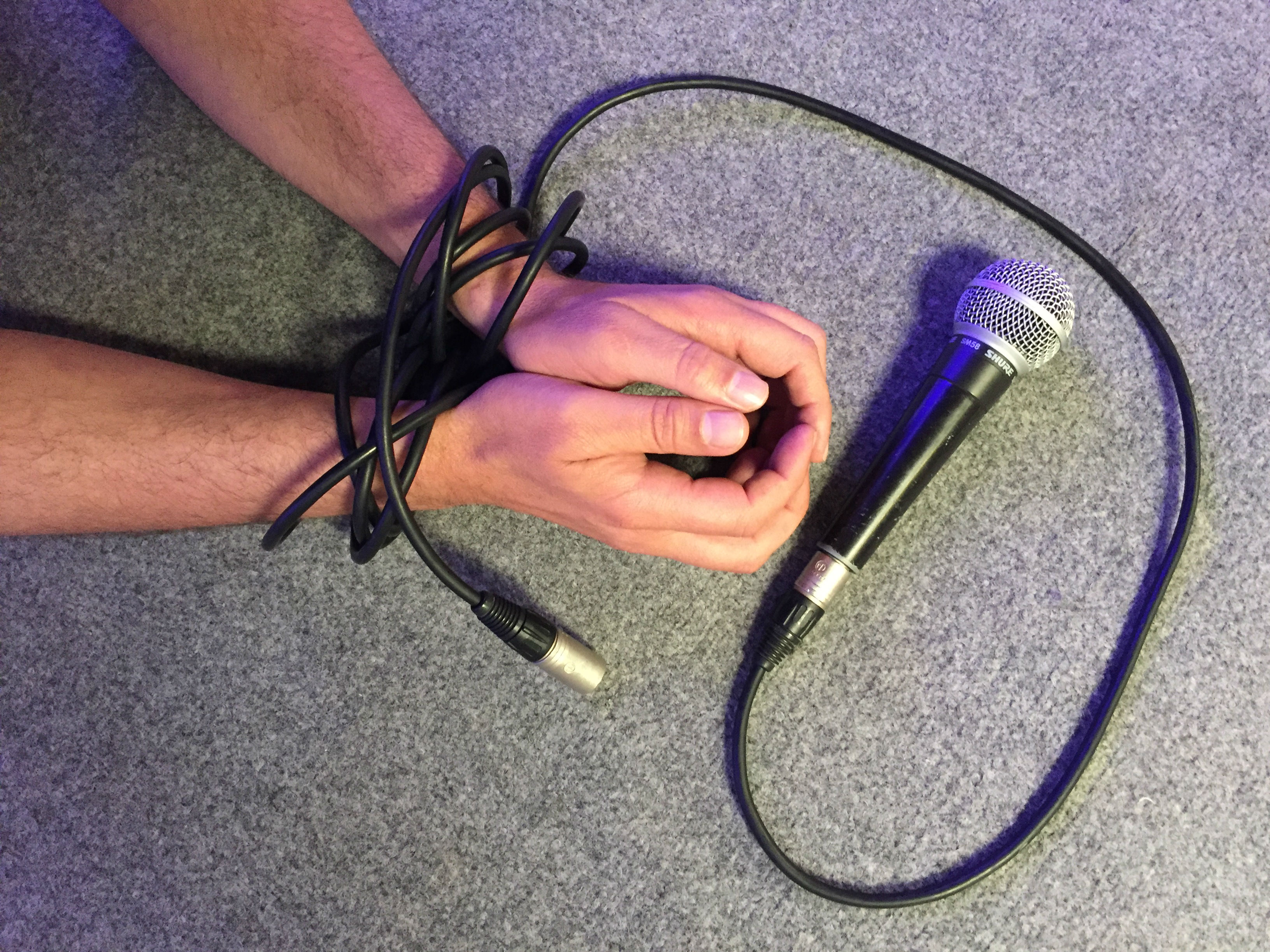 The journalism community in Armenia has good reason to be cautious when a journalist is accused of a criminal offense. First, the presumption of innocence must be respected in all cases; on the other hand, it shouldn’t be that if the detainee is a colleague, the professional community should unconditionally defend her.

The other good reason is that in such cases the first line of fact-checking follows this logic: are they not perhaps persecuting the journalist for her work activities? There are no clear answers, with facts, to these questions, since the investigation into the “extortion case” involving Analitik.am is ongoing and hasn’t entered public court proceedings.

Of course, the reputation of the whole professional community suffers in this context of cautiousness of the journalistic response, because in the perceptions of part of the public, the extent of the charge is equated with the image of all journalists in general. Nevertheless, the professional journalism community has surrendered the matter of its reputation to the presumption of innocence, which surely brings honor to the community.

As for the investigation and the public “struggle” surrounding it, since last week it has entered the exacerbated stage, and the parties’ statements mainly end with the promise of “we will fight till the end”.

Alliance party leader, MP Tigran Urikhanyan, based on whose report the criminal case on the charge of extortion against Analitik.am’s director and her assistant was launched, on May 17 stated in parliament that the accused are backed by a group that “with Facebook pages and websites that leave a police impression [….] spreads lies across the internet, making the extortioner into a victim.” In this speech, Urikhanyan also alluded that “the so-called ‘Vano’s Artak’ in the ‘Pyramid Case’ this time too will take a lot of people with him.”

Immediately after his speech, in an interview to Media.am, the MP clearly didn’t reveal details, referring to the confidentiality of the investigation, saying only that “The name ‘Vano’s Artak’ takes [one] to Alga legal office, armcrimenews.com news site and people mixed up in this. The rest of the names and details are provided to the investigation.”

Urikhanyan denied that in the past he might’ve had personal issues with or be personally known to the accused, adding that 21 lawsuits for insult and defamation have already been launched “against the mentioned website, auxiliary websites, and a few individual people, all of whom are interconnected with this.” As for the “extortion case,” he said that he “presented the video recordings proving it” to the investigative body.

On May 17, shortly before Urikhanyan’s parliamentary speech, Alga law firm posted a statement on its Facebook page that it assumes the defense of the accused in the case, Analitik.am director Ani Hovhannisyan, since “these days it carefully followed the investigation, as well as from examining the information received from available sources, came to the conclusion that the charge against Ani Hovhannisyan likely has no connection to reality.”

Mentioned in the statement are the circumstances, one of which is “You won’t find in the RA [Republic of Armenia] a single person, especially a journalist, across whose mind it could ever cross to extort money from the RA NSS [National Security Service] director’s cousin.”

The Special Investigation Service (SIS), which is examining the case, on May 19 issued a statement that “the data acquired through the investigation provide grounds to doubt that the above-mentioned racketeering is not the only instance of illegal activities by Analitik.am news site employees or persons acting on their behalf,” and the SIS is urging citizens to contact its office.

On May 23, the Chamber of Advocates issued a statement [AM] that the Advocates Rights Protection Commission condemns “the behavior of officials who conducted a search” in Ani Hovhannisyan’s advocate, Alga founder Susanna Sargsyan’s office on May 19, deeming the search attempt unlawful: “Susanna Sargsyan in this situation was forced to seek the help of the RA Human Rights Defender’s Office and the RA Chamber of Advocates’ Rapid Response Group, only after whose intervention did the investigator back down from the insistence to conduct a search in the law office.”

In response to this Chamber of Advocates statement, the SIS issued a statement on May 23, noting that the court on May 16 satisfied the investigator’s motion to conduct a search at that address, and “the area was viewed as a place of business of Agla commercial organization founded by the citizen involved in the case and not [a place of business] of Alga law office.” It is also noted that “the day after receiving [the search decision], on May 17, 2016, lawyer Susanna Sargsyan contacted the RA Special Investigation Service investigator, to be included as the defense of the accused in the criminal case.”

Ani Hovhannisyan’s defense attorney, Chamber of Advocates member Hayk Sargsyan in a phone interview to Media.am confirmed that his client has a second attorney. He said that he has no familial connection to the second attorney [Susanna Sargsyan], nor any connection with Alga law firm. Asked how his client explains the 300,000 AMD [about $628 USD] she received from the MP, which police officers registered, Hayk Sargsyan referred to the confidentiality of the investigation and only added that “in any case, that wasn’t extortion money.”

On May 24, Analitik.am’s arrested director Ani Hovhannisyan issued a statement, claiming, “The person who ordered to invent the extortion case was Russian ambassador Ivan Volynkin. The purpose is to stop my activities connected to revealing Azerbaijan’s participation in VTB bank […] Whether free or in a prison cell, I will fight against the Republic of Azerbaijan.”

The Russian ambassador has not yet responded to this statement.

Urikhanyan, however, called the statement a “delirium,” expressing hope that “the ambassador will soon provide clarification,” and added that, “however, this is not within the scope of our interests.” In Urikhanyan’s response [AM], there’s also this point: “Was it within the scope of patriotic struggle that Ani was inventing dirt on various [political] figures and sending it to their children and relatives through Facebook pages?”

By the way, the days following the arrest of the journalist and her assistant, information being circulated was published [AM] that during the questioning Hovhannisyan said she’s ready to give the names of the various officials who collaborated with her and will state the name of the person who directed these activities — on the condition that she be released.

Hovhannisyan’s attorney Hayk Sargsyan days later, on May 14, denied [AM] that his client made such a statement.

In this “conveyer belt” of statements, thrice justified is the professional journalism community’s cautious silence — at least until the public trial.

According to the Police of Armenia [AM], on the basis of the MP’s report and as a result of special operations, Analitik.am director’s assistant was detained in a Yerevan cafe on May 3 in the act of accepting 300,000 dram. Later found and detained was also the director.

“Ani H. and Varditer G. are currently arrested and charged with RA Criminal Code Article 182 Paragraph 2.2 [“Extortion by a group with prior agreement”: punishable by 3–7 years’ imprisonment, with or without property confiscation]. The RA investigative service is investigating the case.”