The Future of Armenian Newspapers: Champord 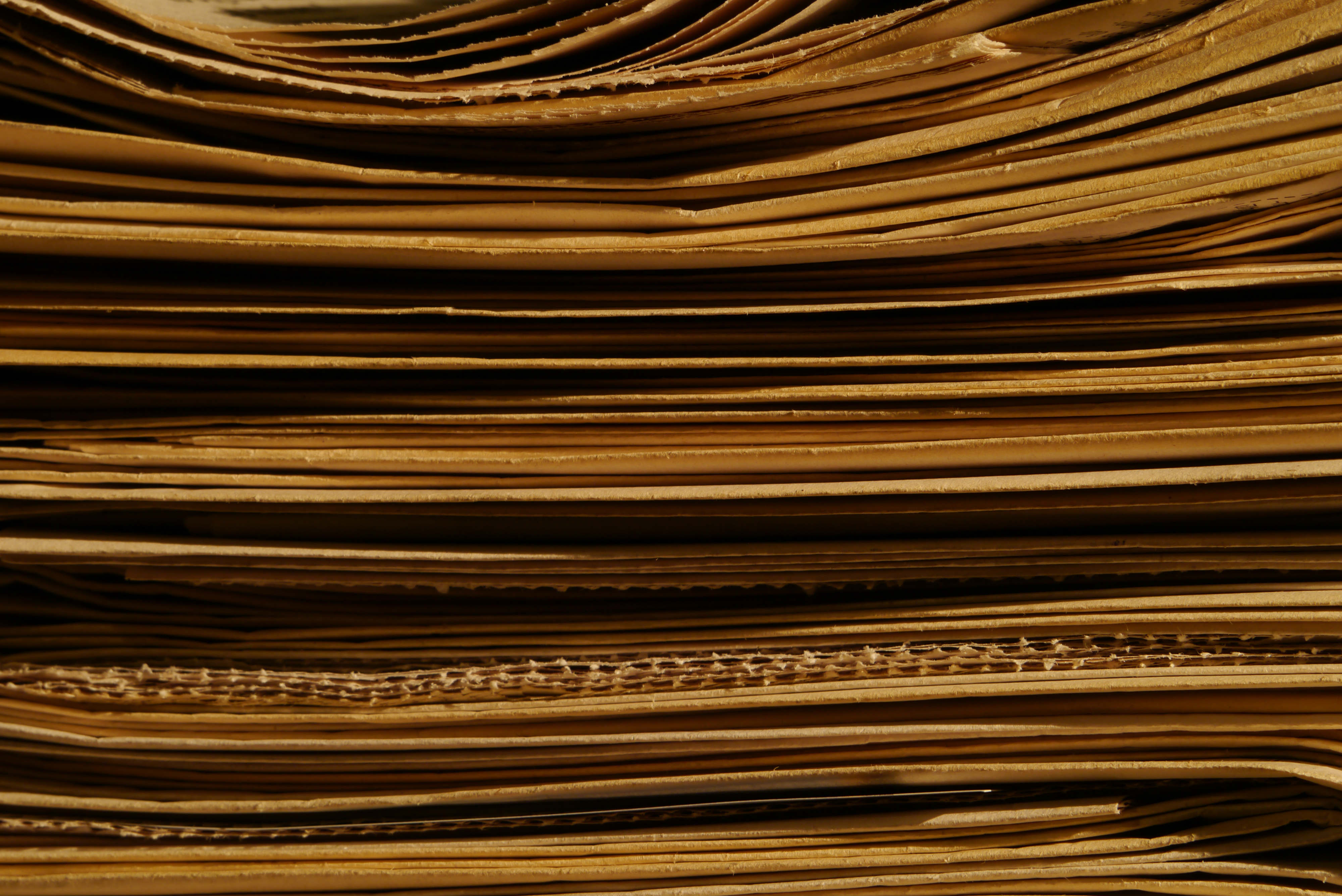 Media.am continues its interviews with chief editors of local newspapers on the problems and survival prospects of the print media in Armenia. This is the last interview in the series, after which the overall trends will be summarized.

Our interviewee in this segment is Arianne Caoili, chief editor of the free weekly commuter paper Champord.

“It’s important that advertising not dominate my paper, so that it doesn’t become toilet paper”

These aren’t the best of times for print media: just recently even the British The Independent ceased publishing in print. But you’ve launched a new paper. Is it a challenge?

Print media, including print books, is experiencing a decline worldwide, but it continues to live alongside digital. But in Armenia, by the way, as well as in Russia, I don’t see such a large decline of print. Armenians, especially, like to read (also online).

Besides, you might be surprised, but there’s a large segment of youth under 25 among Champord‘s readers. The other large segment of our readers are those over 40. The latter don’t have smartphones, don’t read news online, get their news from television. And they’re glad that I have interesting pieces they can read.

In a recent interview with Azatutyun [RFE/RL’s Armenian service], you had said that you’re already familiar with the qyartu types here and you added jokingly, “I too am a little qyartu.” Are there pieces for them in the paper?

I think, yes. We write about things that are widely different.

What do you think, do qyartus like to read the newspaper?

And why not? I can’t speak for certain about qyartus, but I know that taxi drivers are regular Champord readers. I like to get into conversations with them — in both Armenian and Russian. I go crazy for the interesting stories of taxi drivers.

Some chief editors of other newspapers say that many media outlets in Armenia if they worked in a healthy business industry would have already shut down. Perhaps that’s why the decline of print media isn’t that great in Armenia and Russia?

I don’t see such a direct link between the success or decline of print media and the business environment. I think, the decline of print is because of the internet revolution. But in Armenia, it can be said also in Europe, people are still real readers.

But people in Armenia almost don’t want to pay and buy print newspapers. Your paper’s “lucky” that it’s free of charge…

Of course. My paper is free, but I have the largest distribution.

Only in Yerevan, right?

Currently, yes. I’m getting ready to distribute the paper also outside of Yerevan, but that’s an issue for later. Though at this moment, no other paper, no other print media in Armenia has the volume of distribution of my paper. My free paper is available everywhere. 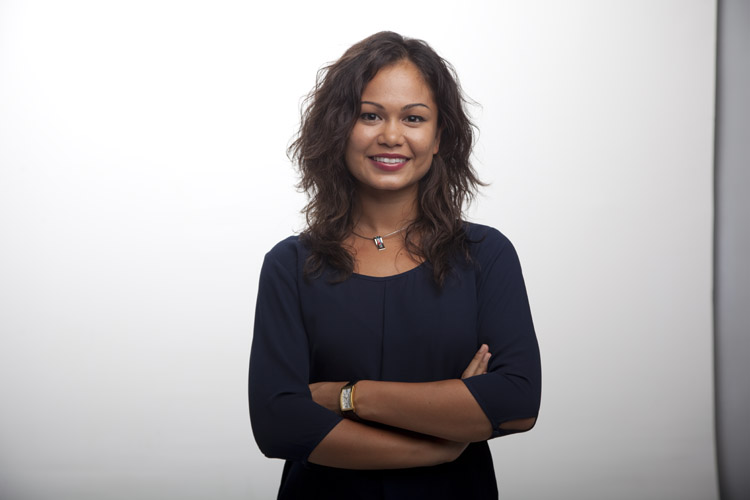 The print run is mostly 20,000, but, as you know, printing the paper is a huge expense, sometimes you try to economize, depending on the content of the issue: all have successful and weak issues. When it’s relatively weak, we think, shouldn’t we print 15,000? The last [issue of] 10,000 [copies] was connected to an internal problem. We’re going to keep the 20,000 circulation.

What are the financial sources?

No, I completely fund it. No government body or agency provides us with financial assistance. Yerevan City Hall simply permitted our paper to be distributed in the metro and other means of public transportation.

If it isn’t a secret, how much is the complete cost of one month or one issue?

I wouldn’t want to talk about this, but you can imagine yourself what a costly thing it is.

Nevertheless, there’s advertising in the paper. And, for example, that ad is not for your personal business?

No… We have very few advertisers. For me, it’s very important that advertising doesn’t dominate in my paper, so that it doesn’t become toilet paper. I don’t want people to say oh, this is a free promotional paper, it’s not interesting. On the other hand, of course I’m looking for advertisers, it will help. But if 50% of this paper’s expenses are covered by advertising, it won’t be an interesting paper. I can’t do that.

When speaking about Armenians, you always say “we,” and recently you wrote, you’re Armenians by fate, but I’m an Armenian by choice… do you consider it a successful choice?

It really is an absolutely wonderful choice.

How long will you and Levon Aronian stay in Armenia?

I want our children to be born in Armenia, I love Armenia, and I knew that from the moment I came here.

To be honest, the best pieces in the issues of Champord are your editorials because there’s something sensual, exotic — the foreigner’s loving gaze that’s become unique. Are you the only author of the editorials in your name?

Yes. It’s completely my writing, my ideas. I am responsible for every word. Of course, they’re translated, but I completely trust the translators, though reading Armenian is still hard for me. 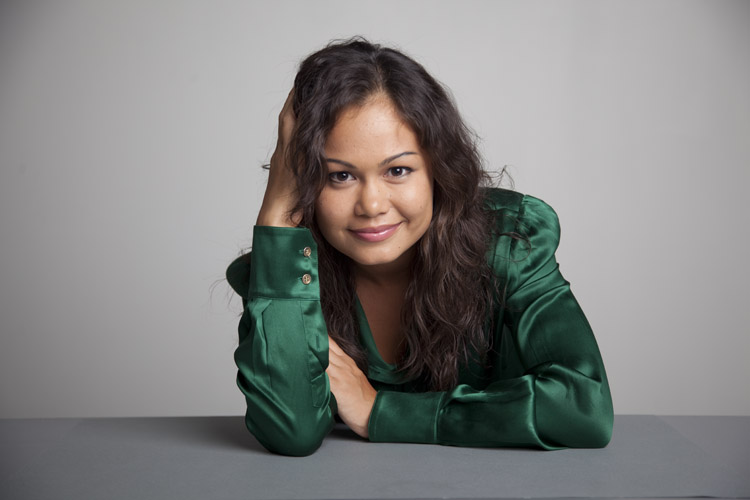 Won’t there be an English version of Champord?

No, no, it’s for Armenians.

There is already. You can also access the website from the QR code on the newspaper. I said that we have users under 25, and we launched the site in order to bring them from the not high-level discussions on social media to the substantial, profound, civilized, quality debates on our site.

The content is almost the same; there are slight changes, related to the demands of the internet. But we don’t chase the drama desired by the masses.

Is that why there’s no drama, no scandal in Champord?

Yes, and there never will be. What’s important for me is the quality.

How long will the paper still be printed? Do you have a prediction?

Printing a newspaper is very costly, and my finances are not unlimited. That’s why I’m trying to find good advertisers, but not many. I’m also looking for grants, any organization in Armenia that funds the media. After all, my paper doesn’t have any political orientation, it’s completely independent; that is, it doesn’t receive money from any political force or any government body.

We also want to establish a Champord foundation — something completely new for Armenia. The idea is this: the paper is for you, so please, you can make a donation. Because this is a good thing for Yerevantsis, for our city.

And the other mission of this foundation will be training young journalists in Armenia. That is, my goal is to train young journalists in quality standards, who will write about politics, the economy, finance, and many other things with clear journalism standards and not with conspiracy schemes or in the style of yellow press, attacking political parties.

Do you think those standards don’t exist in Armenia?

I don’t read Armenian. But I know that many well-known journalists, well-known authors or editors here have told me that the standards are very low. That’s understandable, Armenia has room to grow, but why shouldn’t a young journalist, say, be able to write about changes in taxes in such a way so that your babushka sitting at home will also be able to understand?

To write in such a way so that there aren’t such inappropriate statements, oh, the president is bad, or the opposition is bad. So only the reality, what happened is conveyed, and what economic interest people will have or the opposite. In short, simple, unbiased, but also interesting.

Do you also have a journalism education?

No. Only economics and finance. It’s just that I like to read, I’m a big reader. And I like the very sensitive people of Armenia, so the Champord foundation’s second mission will be to teach young journalists how to write.

I wish you success and I would like for these ideas of yours not to crumble because many of the journalists here dreamed and tried to establish those standards everywhere, but in the process they understood that it’s not purely an issue of education.

I understand. Let me also say that I need the journalism community’s help. This is a free paper, and I would very much like to be treated positively from at least well-known editors and well-known authors. Or at least for them to respect the work I’m doing.

My last question is somewhat personal, if you’ll permit me: will you ever sign your editorials not simply Yours, Arianne, but Yours, Arianne Aronian?

I hope so. Maybe next year.