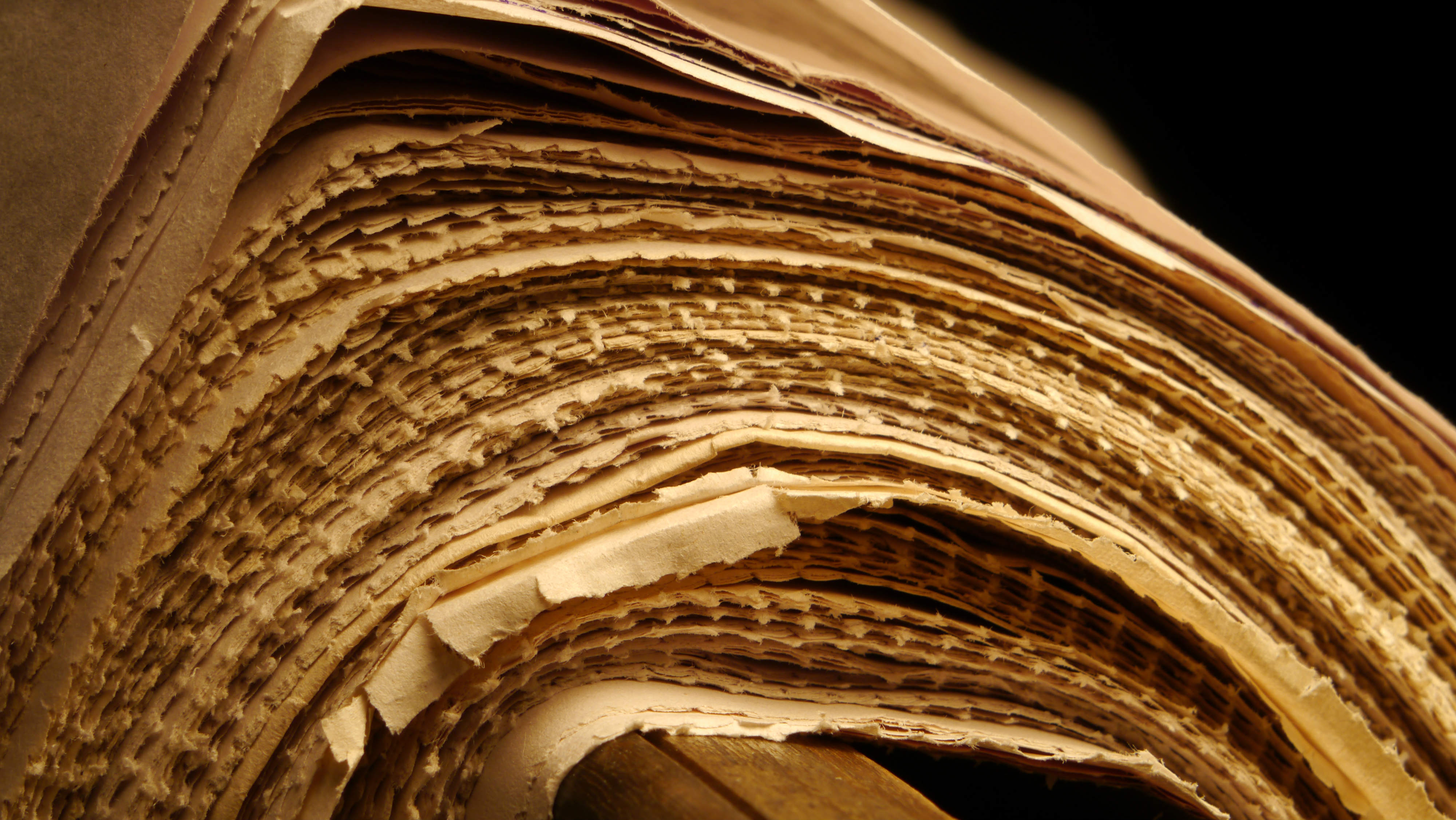 Media.am continues its interviews with key staff of local Armenian newspapers on the problems and survival prospects of the print media in Armenia. At the end of the series, the overall trends will be summarized.

Wonderful conditions exist when a newspaper’s revenue sources are the funds received solely from sales and advertising. But is such a thing possible in Armenia?

It’s possible, and for us, it’s a matter of principle. The money received from sales and advertising until last year were sufficient for our newspaper continued existence. We even made a considerable profit because the print run was high.

Where do the profits go?

We distribute them among the shareholders.

Who are the shareholders?

I would list them, I have no intention of hiding [their names], it’s just that I haven’t asked their permission. I can tell you that I’m one of them. All the shareholders’ names are noted with the relevant authorities. There was a small share from before: in 1998, when the ruling authorities unexpectedly shut down Oragir newspaper, and there was an issue of quickly republishing under any newspaper’s name, we took the already existing but at that time not having been published for very long Haykakan Zhamanak’s name, which had its shareholders.

One of those shareholders has his share until today. Let me say that Nikol Pashinyan is not a shareholder, and he stepped down from the chief editor position after he was elected Member of Parliament.

Is Nikol Pashinyan’s wife, Anna Hakobyan, not a shareholder?

No, she’s not a shareholder of the paper. 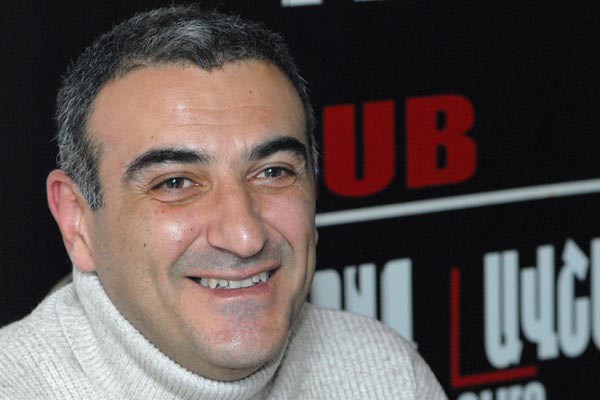 Based on rough estimates, what portion of the profits in recent years have you invested in the paper’s expansion and development? Or is investment for the development of a print newspaper pointless now?

When I say that we distribute the profits among the shareholders, I mean in the books. A portion of the profits one way or another through various expenses returns to the paper.

On January 1, the price of the paper became 200 dram. I asked at the newsstand: the paper hasn’t been selling well after the price went up. Was it worth raising the price?

It was. We can’t lower the price. We’ll probably reduce the print run. Print newspapers’ costs are constantly increasing. Five, six years ago, so we wouldn’t raise the price of the paper, we took out a loan, we established a print shop. The principle of the print shop’s activity was that it would turn a profit so that printing costs be lowered as much as possible.

Haykakan Zhamanak is a shareholder of that print shop. But that helped until 2015. Costs are increasing, while print runs are decreasing — due to new technologies.

For example, years ago, we calculated that if netbooks spread in Armenia, newspapers’ print runs would decrease, as in the rest of the world. But netbooks didn’t spread that much; they were replaced by tablets, for which we weren’t prepared. And all over the world that drastically reduced newspaper circulation: even the circulation of the world’s leading newspapers were cut by half or third.

No. The amount of newspapers sold in Armenia compared to the population is not at all a bad indicator.

The population is very small, the market is very small — that’s the problem. And when a newspaper’s circulation drops, the cost price of one issue goes up. The cost price of one issue of our paper today approaches the sale price.We raised the price, and that will lead to a certain reduction in circulation. We have calculated that publishing even with a small circulation perhaps won’t be damaging.

This is very important for the paper’s independence: so that it doesn’t go after other funding sources — put simply, not to look at another’s hand. If we see there’s such a problem, better that Haykakan Zhamanak not be printed than be dependent on certain people or circles.

Under these conditions, do you have a formula for ruling out “zero” profit?

Yes, to have a quality paper that is in demand. By “quality,” I mean content, first of all. The design, I don’t know, probably may have some small effect, but the main reader’s demands first of all are about content. 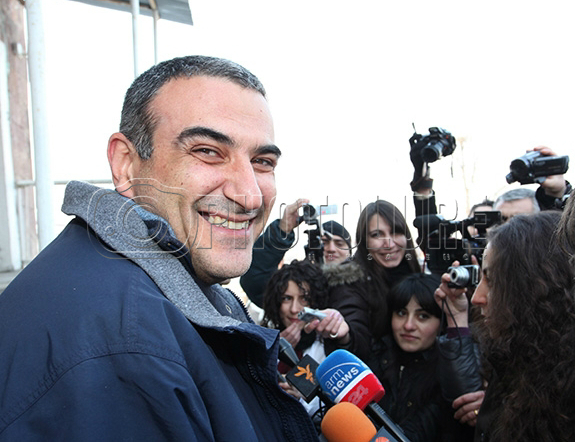 Who are your readers? For whom is Haykakan Zhamanak printed?

First of all, the political elite read our newspaper very carefully. It also is in great demand among economic circles because the economic analysis field in Armenia today, unfortunately, is not well defined: there is a lack of economic journalists.

And in the [general] public, the bulk of our readers are those aged 35–50. We don’t have the resources to study our audience in great detail. So it is — the political elite, the economic elite, and middle-aged readers.;

Is advertising more expensive in the newspaper or on the online version?

They’re different markets. In the newspaper, the ad might occupy a much smaller area but be more influential.

You go to the website to read the news, right? You don’t pay that much attention to the ads. But when you pick up the paper, you read what you read, and the ad, all the same, is within your peripheral vision.

But I can’t yet definitely claim in which version is [advertising] more expensive. If five years ago, say, [news] sites occupied 10% of the news industry, well now [they occupy] 70%. The transition period continues.There will come some level of stability, after which some analyses can be made: is advertising more influential, more expensive in the paper or on the site?

Haven’t you tried crowdfunding: “Dear readers, donate some money, so your favorite paper can continue to publish”?

We tried once. In 2009, when three MP oligarchs, Ruben Hayrapetyan, Samvel Aleksanyan, and Levon Sargsyan, sued us, on charges of allegedly harming their honor and good reputation, we had to pay compensation to the tune of 6 million dram [about $16,900 USD]. At that time we appealed to the public and asked for help. The most impressive thing: it was collected with small amounts of money and very quickly. As soon as the amount was collected, we made a statement: “Thank you, the necessary amount has been collected, don’t transfer anymore.”

We paid the amount within the prescribed period. But underneath that there was a political issue: with this, the public in some way expressed its displeasure with the oligarchs’ behavior. I don’t know, if we make the same request under ordinary conditions and all things being equal, if it would work. Though the idea’s not bad, perhaps we can try.

How long will the print Haykakan Zhamanak last? Does it have a future?

I think, we won’t let those who would rather Haykakan Zhamanak not exist rest for a long time yet.

In general, it’s not possible to separate the fate of print media in Armenia from trends in the rest of the world. Perhaps here [in Armenia] it might happen more drastically or the opposite, more smoothly, but what will happen in the world sooner or later will happen here too. And I think, that in the world, it will come and stay at some level, and the same thing will happen in Armenia.

Let me tell you why. As a reader, I’m not that far from new technologies, but finding something on the site is much more difficult than in the newspaper. There’s a lot stuffed on the site: information of interest to all have to be on the “front page” of the website, but the screen is very small for that, it doesn’t fit. But the newspaper stands out from the site by the fact that you don’t stuff everything in it. You sort it, arrange it based on the logic of what will interest your readers, what will be read well on which page.

You put the best of the best in the newspaper — it’s filtered, in a way. Besides, the site’s trump card is to upload news quickly and efficiently, while a newspaper’s trump card is to “cook” information, present the back story, give a more complete account of the event, foresee possible developments… in this sense, it’s not yet possible to replace newspapers, and I think, newspapers will still be around for a very long time.