The Future of Armenia’s Newspapers: Hraparak 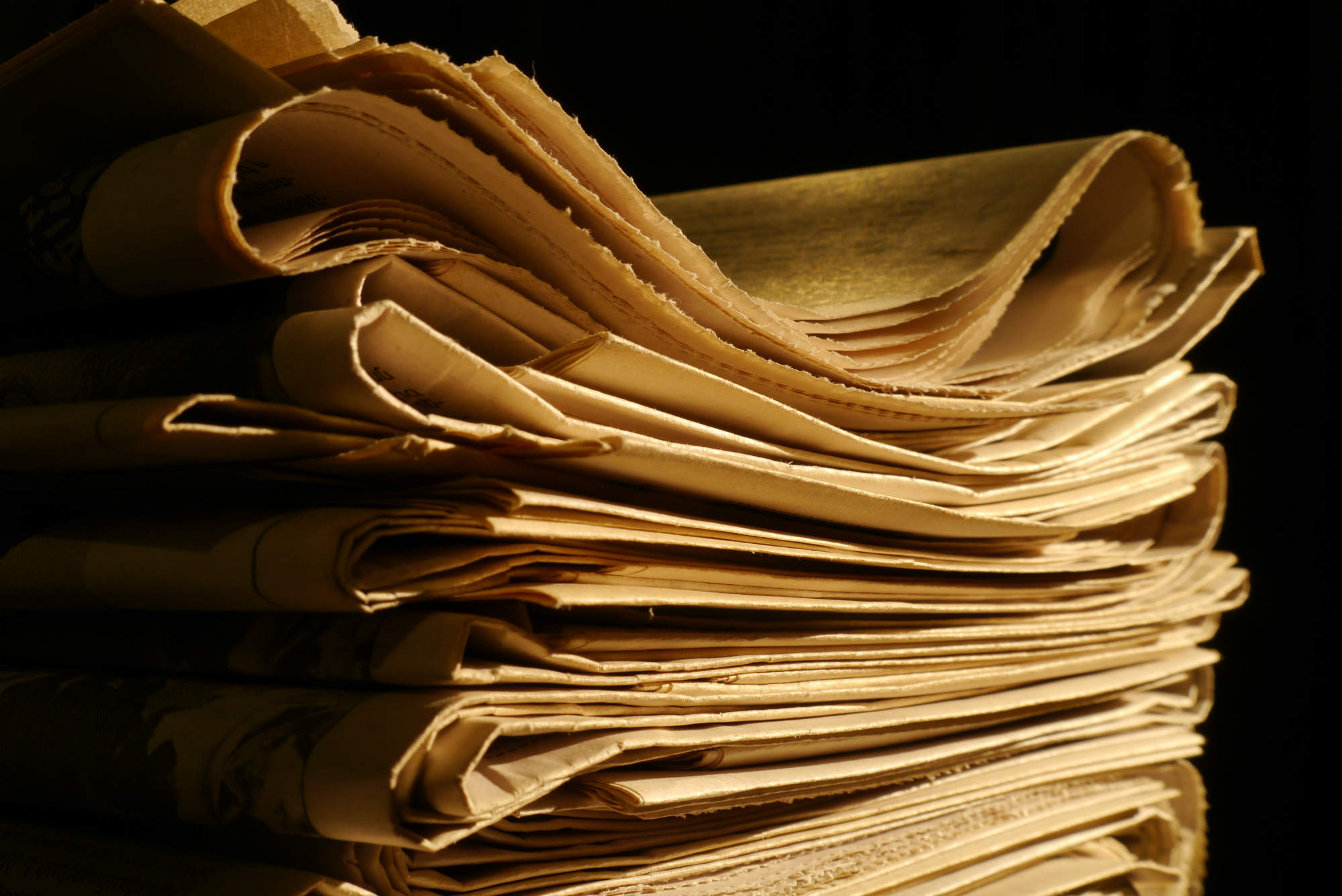 Media.am is launching a series on the problems and survival prospects of the print media in Armenia. The series will include interviews solely on this topic with the chief editors of newspapers. The questions will sometimes be repeated, to accurately complete the picture. At the end of the series, the general issues will be summarized.

“As long as I’m around, the Hraparak newspaper must exist”

For whom is Hraparak published?

In terms of age, for those definitely over 40, if not 50. The educated class; rather, the middle class of intellectuals. And, naturally, politicians, journalists, the ruling authorities.

Do you fashion your product for that audience or for the advertiser who pays the most?

No, there’s no such thing. Our slogan is that our number one partner, our main purpose is our readers, and the newspaper is directed at readers. But it’s unfortunate that we don’t have such a great opportunity to seriously study the demands of our audience. And so we haven’t clearly understood what readers ultimately want to read, and we are guided by our assumptions, our years of experience, and occasional feedback.

So you decide approximately.

Yes, for the most part, approximately. I know that’s bad. I would like to see, for example, serious sociological research on newspaper readers conducted. To ask, what would you like to read in the newspaper?

Unite with other newspapers, commission this research, if of course your audiences don’t differ greatly from one another.

I don’t think the audiences are that different, but, unfortunately, it’s become so that we newspaper editors very rarely meet on any issue and come to a general conclusion. Just as the newspapers’ content is different, so too are our stakes and interests.

One thing is clear: some newspapers today are printed as a supplement to their website, from which editors get not income, but rather, worry and headache. Maybe that’s the reason that the problem of expanding readership is not on the editors’ agenda.

Besides, if we could take joint action, we would begin from other, more important issues, those which refer to our security, financial independence, and sales. 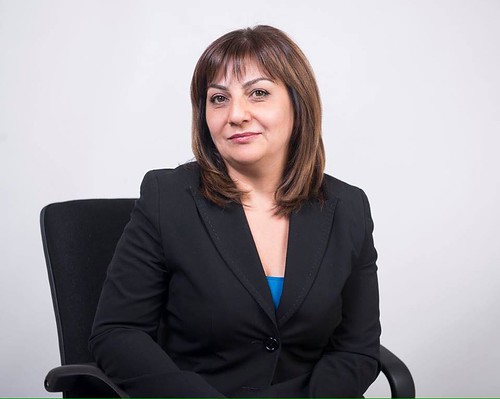 Armenian newspapers’ audiences, you said, are very different. At Hraparak, aren’t the audiences of the online and print versions different?

They are quite different. Initially, there was misbelief: we thought the online version of the newspaper might interfere with the sales and distribution of the print version. But then we understood that the audiences are very different.

Those who buy the newspaper from the newsstand, never read it online; they are not interested in the internet or they don’t have it. And the opposite: for those who are used to working on a computer, to the internet, a print newspaper has no value for them. Now I don’t know, probably this is also our fault, that we weren’t able to teach online readers that a newspaper is “a special pleasure”.

It seems to me that this is not only our, but also the educational system’s and the state’s oversight. But it’s a fact. It’s just that we haven’t given ourselves the task that the website definitely must overcome the newspaper. Many assumed this task, began to make money, increase [their] audience… I’m a newspaper journalist; for me, a newspaper has great value; I consider myself an editor of a newspaper not a website.

Haven’t you tried using any crowdfunding methods? When a news outlet begins a fundraising campaign and members of the public give as much as they can.

I’ve had this idea but a little differently. At one time, I thought about introducing the idea of shares. That is, so that ‘friend readers’ of the newspaper support with some shares of a nominal fee and become a shareholder. But, to be honest, I became afraid of the issues that might arise.

And one more thing: if a reader today has difficulty paying the newspaper’s 100-dram cost, if he asks don’t suddenly raise the price, and we are wary of raising it even by 50 drams, I don’t think that the idea of crowdfunding will work here [in Armenia]. When the public is in an extremely dire social situation, it has a problem of [securing] its daily bread, expects more help from the press, it never thinks that the press needs its help too.

And these ideas can quickly fail, become like begging. And I won’t even mention that there are people who say, [if] you’re unable to maintain a newspaper, don’t do it; so the public has no need for newspapers or specifically your newspaper.

Newspapers in Armenia in the past, at least with all their might, tried to move forward. Is my impression that now, roughly speaking, you don’t take great pains to attract more readers correct? Efforts to improve printing, layout, and content aren’t seen. As if it’s left to gravity until, forgive me for saying this, newspaper readers die.

It’s a little unfair to ask me this question. I’ve always treated this differently; for me, a newspaper has value. I quiver for Hraparak as for a third child. I do everything possible; I don’t sleep at night, I think, what else can be done to satisfy readers. But not everything can be built on efforts, diligence, and devotion.

To be able to reach a higher level, change the design, solve the newspaper’s print and distribution problems, you need large finances. A very simple thing, an example: in these 20–30 years, no normal company dealing with newspaper sales was created.

The worst thing is that we newspapers weren’t able to unite and create a company that would be able to get newspapers to every reader and village in Armenia. And that’s the main thing: we basically produce the product, but we can’t get it to the consumer. 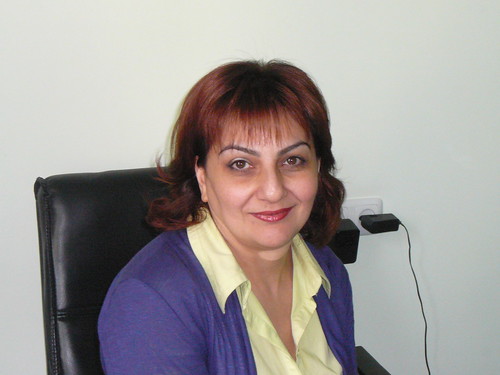 You said that it’s needed, but you didn’t unite.

Because again there was a need for large finances: all the newspapers have serious financial problems. Also needed was solidarity among newspaper editors. Everyone had to give this importance and understand that. Now I can’t convince, for example, the editors of Zhamanak or Aravot, who made a choice in favor of the internet. At some point, we all lose hope, become disheartened. It’s a hard fight.

In that case, why do you maintain the newspaper? Doesn’t it operate at a loss?

That’s not true. I think that the newspaper has such a reputation that it brings us some revenue. Even if we don’t get sufficient money from sales, we have contracts with different companies and organizations, to provide advertising and news services. Sales, advertising, contracts, and sometimes individual donations. But we barely make ends meet with this money; no money is left for development.

Is advertising on your online version more expensive than in the paper?

In our case, the newspaper ad’s offer and price is higher. Advertisers who contact us are primarily interested in the paper, then the site. Though the website’s audience is far bigger.

Considering the audience sizes, you’d think it would be the opposite.

No. The weight of the paper for people, the ruling authorities, and any state body is far greater. We place a much greater amount of materials on the website than we print in the paper, but every piece published in the paper has much greater influence, result. Issues are resolved; there’s progress… Our printed news are spread at lightning speed online. Our audience basically is not only that 30–40 thousand people who read the newspaper and website, but it’s far greater. Thus, even if it costs us dearly, we will maintain the paper.

Do you get more money from newsstand sales or subscriptions?

From newsstand sales of course. We don’t have that many subscribers.

Let’s talk about content. When you say you don’t sleep at night, what do you think about in this respect? What can be changed for the paper to be in demand by the audience?

First, there’s the issue of working the small team more optimally. The issue of properly using as much as possible a person’s abilities, experience, connections. This is the editor’s job first and foremost. After all, journalism staff today are not as educated, are not as high quality…

Do you mean Hraparak or Armenia’s journalism market in general?

In general. The journalism resource that we have here [in Armenia] satisfies neither editors’ nor readers’ demands in terms of quality and preparedness. But we have what we have.

There’s the impression that editors prefer a cheap workforce, and from there the problem of quality arises.

No, it’s not true that there’s an expensive and high-quality workforce that you can hire but you don’t. There’s no such thing. I try as much as possible to bring in new people. And I quiver for what we have. But, all the same, the journalism sector is not stable, it’s not established, it’s quite fluid.

If you had 50,000 AMD (a little over $100 USD), would you hire one experienced or two inexperienced journalists?

Definitely, an experienced journalist. We have a need for an educated, informed person today. But I also wouldn’t refuse new incoming, fresh forces. Novice journalists, students are constantly coming, but, say, out of 100, you can’t get one journalist. A love of work is missing and their knowledge is superficial.

Journalists by calling, people who have decided to become journalists at any cost, to make a name — they don’t exist. Journalists with some experience enter into a thousand type of deals, relations, contacts; they’re easy to seduce and take away.

After all, it’s not possible to make large sums of money in journalism, and that too plays an important role. A person comes, works a little, acquires a reputation, then someone offers him a salary of, say, 20–30 thousand dram more and they leave. Mature people have to feed their families, and you can’t support a household with a journalist’s salary.

Let’s wrap up. Is the print newspaper dying in Armenia?

I’m an optimist. As long as I’m around, the Hraparak newspaper must exist. As long as my health, patience, and ability to resist last, the newspaper will be printed. But the main difficulty, of course, is funding. No other problem exists. You can’t believe everything people say.

We are ready to withstand all types of pressure, threats, conflicts, and go through the courts, but the solution to financial problems gets more complicated with each passing day. Maintaining a paper alongside a deterioration of the country’s economic situation becomes a terribly difficult thing.