“Concealing information is as pointless as carrying water in a sieve” 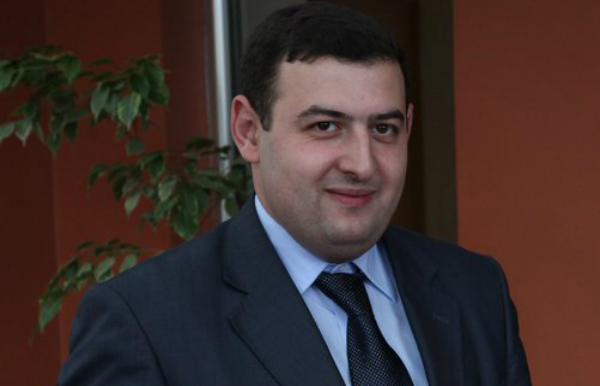 Earning money from news stories is a difficult job, since producing a competitive, in demand, and high-quality product is expensive in all sectors.

This includes the news, which in our over-saturated media industry provide news outlets’ daily bread.

For Armenia’s oldest news agency, Armenpress, the situation is more stable since the news agency with a 100-year history operates under the auspices of the state and, in any case, feels that it is more financially secure than other news agencies.

For many years, Armenpress had the monopoly on news (it couldn’t have been otherwise during the Soviet years), but now it’s forced to compete. Armenpress director Aram Ananyan finds that this has its positive aspects, since it allows them to understand the quality and weight of their product.

The fact that Armenpress works mainly for an Armenian-language segment he considers an advantage.

The agency with about 30 employees (a quarter of whom are journalists in Yerevan and several regions outside the capital) places great importance on its translated content.

Along with English- and Russian-language versions of the website, the agency is attempting to add also an Arabic-language version. The agency’s daily news feed is comprised of nearly 180 news stories, which reflect both local and international news.

There are so many news outlets now that it seems there’s no need to pay for news from an agency. Journalists from any media outlet can buy news themselves — especially since the daily volume of information is not that great.

By purchasing its news feed from an agency, a media outlet saves time and money, and is able to more effectively manage its resources.

That is, the collaboration with the news agency is on explicitly economic grounds.

In addition, through our network of correspondents we produce also exclusive content. For example, recently our correspondent in Brussels was supplying news from the European Parliament, and it really was in demand by customers.

Of course, the sale of news has become complicated, as news streams have diversified and the demands have shifted. But we try to maintain journalistic standards.

Doesn’t a sort of ‘flattening out’ happen when media outlets rely on the same news agency for news?

In fact, it’s a normal business model — news supplied by news agencies comprise a significant percentage of the news offered by media outlets in the world. And no one asks why there is so much news from, say, the Associated Press.

By and large, there’s no need to waste human resources for coverage of daily media events (mainly, press conferences). You can get the recording and write your story based on it.

In addition, news verification is very important now (especially in light of the development of new and social media). News verification is indispensable especially when the temptation to give public importance to unverified news is great. Sometimes ignored is the fact that publishing unverified news is to the detriment of both the media outlet and the issue in question.

News agencies have their means of verifying news and try to be both fast and reliable.

How does your news agency ensure news verification even from, say, Brussels?

We provide any opinion or commentary through audio and video recording. When the information cannot be verified through a source, we send someone to go and see what’s happening on the ground.

One of the tools of verification is to save the recordings. We keep all the recordings for at least a month (longer is not possible, since the archives are enormous). We assume this is enough time to present evidence [if necessary] and avoid possible trouble.

Armenpress is completely a state entity and is thus insured from the whims of the market. Is it possible to make money under these conditions by selling news?

It’s possible, but, to be honest, without state support it would be very difficult. The daily news feed is a profitable and viable model, especially since growth of the online media market in Armenia is exploding.

Of course, when the state has a share in a news agency, the news agency can afford to be less scandalous and maintain academic journalistic standards, since it knows that its basic needs don’t depend on hot topics.

Working under the auspices of the state is convenient, of course, since you have a sort of financial ‘armor,’ but there are also risks, isn’t that right?

A lot depends on the state. Being a state agency, we can be turned into a tool for propaganda , but also the opposite can be done: we can become a tool for diverse opinions.

In the modern world, when news have become more commercialized, we often see that no space is allocated in newspapers or television for important news. But a state agency fills that gap, playing a communications role. It motivates its colleagues to monitor, scrutinize, and become interested also in other information of public significance.

And if the state’s decision is not in the public interest?

Our job is journalism — let the experts provide the assessments. We produce journalism, which can never be black or white. Journalism is like oxygen, colorless and odorless, and it’s readers who add the color.

In any case, we think that the aggregation of news is pure (I don’t want to say neutral), and seeing different elements in that ‘pure material’ is each person’s business and right.

Do you have foreign media outlets or agencies among your customers?

In general, the logic and format of building the story is the same for all news agencies: there must be a lede, a quotation in its place, and the context and background be kept intact. And our product is comparable to international standards.

Is the news for a domestic audience different from that for a foreign audience? Is information filtered?

To be honest, concealing information in the 21st century is as pointless as carrying water in a sieve or rolling a boulder up a hill like Sisyphus. You reach the peak and the rock just rolls back down. In other words, if you don’t talk about something that doesn’t mean it will disappear.

If the news exists and it interests subscribers, then it’s translated into other languages without interference. Concealing information is a thankless task.

Which news from Armenia garner the greatest attention abroad?

If we don’t take into account major political and economic news (also elections), then providing a steady interest are refinancing interest rate changes and the issuing of new banknotes or stamps, which for the most part interest numismatics (coin collectors) and philatelists.

Though it may seem that they’re not important news for the domestic agenda, they’re widely distributed. Statistical data, news about excavations, and the discovery of artifacts are always in demand.

For example, we didn’t expect the large number of hits that an English-language story on robotics classes being an obligatory subject in Armenian schools received.

Excavations and classes rarely find a place in the daily news in Armenia. The most read news stories in Armenia, perhaps, are political news.

Yes, news about politics and car accidents. I call these “sterile news.” We, for example, try as much as possible to avoid including news about accidents in our feed.

News about accidents get many views (i.e. high traffic).

All the honest and dishonest ways of getting traffic are known. I’m more interested in the links to our news products, which lends prestige to the agency.

Might state officials call and say, “Don’t publish this news story”? Or, publish it, but from such-and-such an angle?

For the past four years, since I’ve been working at Armenpress, there has been no such case.