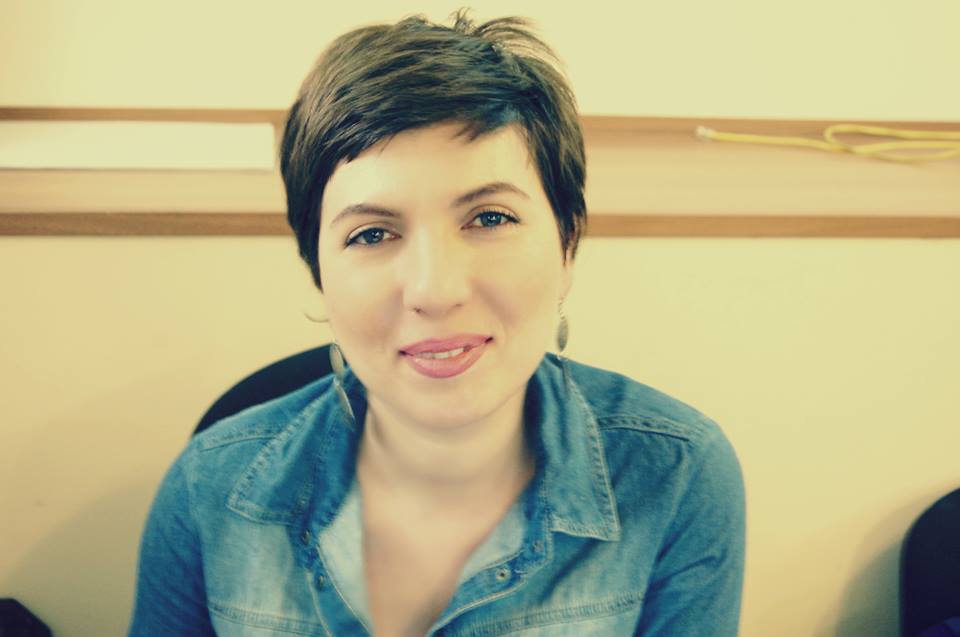 Criminal proceedings were launched against iLur.am news website editor Kristine Khanumian on charges of willful failure to comply with a court order (RA Criminal Code Article 353 Section 2). She was accused of not disclosing the source of information published on iLur.am.

The prosecution demanded to declassify the source of news published on the website a year ago (about the now former Shirak regional police chief’s attack on a three-time European champion wrestler’s brother). Khanumian refused to disclose the source of information, since protection of sources is an integral part of journalism and a fundamental requirement of freedom of speech.

OSCE Representative on Freedom of the Media Dunja Mijatović on July 16 issued a statement that the compulsion to reveal the confidentiality of sources might have horrifying consequences for free media and protection of sources proceeds from public interest.

The General Prosecution on July 24 declared [AM] that the criminal case against Khanumian was dismissed, while RA Prosecutor General Gevorg Kostanyan sent a letter to Mijatović, in which “he described in detail all the circumstances of the case, as well as the international and domestic legal criteria that were taken into account when launching the criminal case.” The statement ends with Kostanyan inviting Mijatović to participate in a roundtable discussion and to find an appropriate solution that will help balance freedom of speech with the protection of justice.

This case evoked serious concerns, since finding appropriate solutions is sometimes impossible in Armenia when the case reaches publication of information that the authorities consider unacceptable. Khanumian is sure that if the criminal case wasn’t dismissed, Armenia’s entire media sector would be under attack.

If you were forced to disclose your source, it could’ve set a dangerous precedent. What would be the worst case scenario of this case?

Let me say that the authorities used almost all possible measures of imposing: there was a court ruling, after which the investigative committee launched a case. It only remained for there to be a decision of arrest for not revealing the source.

And, basically, we were able to withstand all those decisions, understanding one simple thing: if we succumb and disclose our source, it will set a shameful precedent for the media sector, after which news outlets will be afraid to publish news. Or prior to publishing, they’ll weigh the pros and cons a thousand times — is it worth writing about this or is it better to be silent? I’m talking, of course, about 100% reliable news, after the publication of which a news outlet might be confronted with the same problems and red tape that we’ve been dealing with for about a year.

And if eventually the time came for imprisonment, it would become the best precedent for silencing free speech, after which at least half of [local] news outlets would practice self-censorship. That is, many journalists, seeing our example, already would be afraid of writing freely.

And it was for this reason that we tried to create the opposite precedent and announced that we won’t succumb to pressure, and even if there’s a decision to imprison, we are ready to bear this punishment but not disclose our source.

We must fight for and defend freedom of speech.

And if a prison sentence was handed down, wouldn’t it highlight those issues that exist in our country’s legal system even more? Perhaps that might have helped the recovery more?

I don’t think we need to regress to that degree and not be able to use other tools to regulate the media sector and ensure freedom of speech. After all, we live in the 21st century; we are a Council of Europe member country; and we have assumed numerous international obligations — freedom of speech is guaranteed to us; we have a very active civil society.

That is, we have various tools in our hands to fight and there’s no need to use regressive methods. Say, to wait for the knife to reach our throat for us to understand that it could be much worse.

It remains unclear why eventually the criminal case against you was dismissed? What became the grounds for this?

We haven’t yet received the copy of the decision, so we don’t know what was legally dismissed. I can say that there was no substantiation in the statement at all. Launching the case itself was absurd, as there were no legal grounds for it. But dismissing the case was doubly absurd, since again no legal grounds are mentioned.

In the letter addressed to Mijatović, Kostanyan justified in two pages how necessary it was to launch a criminal case against me. I want to understand: if there was that need, then what changed and what is the reason for that legal absurdity?

Can it be said that the journalism community’s response and support surrounding this case was great?

If I were to say that the support was great, it would be a lie. But it also would be a lie if I said that there was no support because different media organizations issued statements, wrote about this case, and reported on the process. Of course, it would be good if they realize that they too might be faced with this dangerous precedent tomorrow.

In any case, the case was dismissed as a result of international pressure. But it is still incomprehensible what in particular had a great impact and what the authorities were afraid of.

I’m not yet familiar with the entire contents of Mijatović’s letter, as well as the document based on Kostanyan’s decision that might explain why a case was launched, justify the need for it, and then suddenly dismissed.

It seems now that the media is not that force the authorities might fear and take protective measures.

I think, the fear wasn’t from the local Armenian media but from the international reaction. Seeing that the reactions were increasing, the authorities realized that they could have even bigger problems. We’ve repeatedly said that investigators, judges, and the court made a decision on a website that is not a legal entity, but the case was launched against a person, regarding whom there is no decision, but she is accused of not complying with a court decision.

This is completely absurd, with which the authorities confessed that for about a year they’ve conducted an ignorant investigation and made an ignorant court decision. Yes, that was legal ignorance.

There’s the impression that now in Armenia, journalists (and heads of news outlets more so) must be more knowledgeable than law enforcement agencies. Is a journalist also a lawyer?

Yes, in a country like Armenia, journalists are obliged to more or less be informed of legislation and especially the laws that effect news outlets, since you never know what the authorities’ next step will be. And you must always be prepared to know with what law you must respond to them. If you don’t know, you’ll have to “back away”.

Apart from journalism, we also deal with legal protection and we are forced to defend our rights.

This also helps keep the police and the judicial system vigilant, which have the purpose of applying pressure and sometimes make sloppy and contradictory decisions.

I agree, within the powers granted by law we put pressure on them, so that with the resources and opportunities granted to them by law they will be unable to pressure us unlawfully.

What’s important is that we are working within the legal arena. Therefore, our work is just.